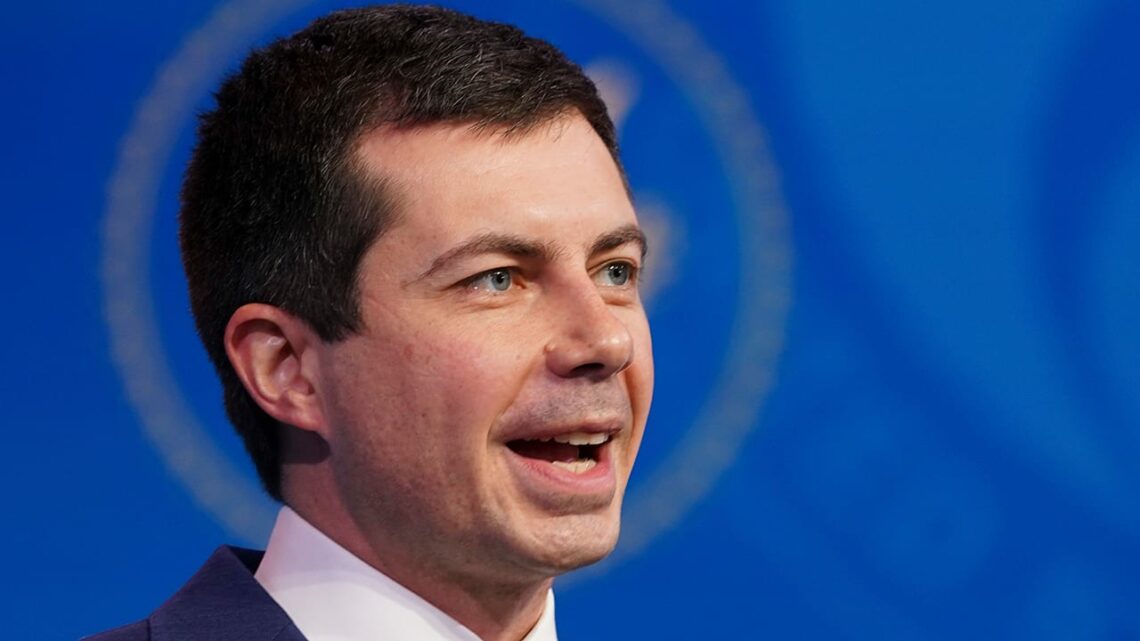 Buttigieg says millions of jobs will be created by infrastructure plan

Secretary of Transportation Pete Buttigieg was accused by conservative critics of attempting to stage a photo op on Thursday after a video showed security staffers unloading his bike from an SUV at the White House.

In a video captured by CNN White House correspondent DJ Judd, the security personnel are seen removing the bike from the back of the vehicle. A pair of SUVs then followed close behind Buttigieg as he biked toward his destination.

Buttigieg participated in President Biden’s first Cabinet meeting at the White House. The videos of his bike trip drew criticism and mockery from conservatives.

Representatives for Buttigieg did not immediately respond to a request for comment.

The videos surfaced as the Biden administration begins its push for a $2.2 trillion in spending on infrastructure and related projects. Biden has pledged to implement “green” transportation systems and energy infrastructure in an effort to reduce carbon emissions.

Last month, Buttigieg suggested the White House could consider a vehicle mileage tax to help cover the costs of the infrastructure package. The transportation secretary later clarified that the tax was not currently being considered as part of that plan, telling CNN it was “not part of the conversation about this infrastructure bill.”