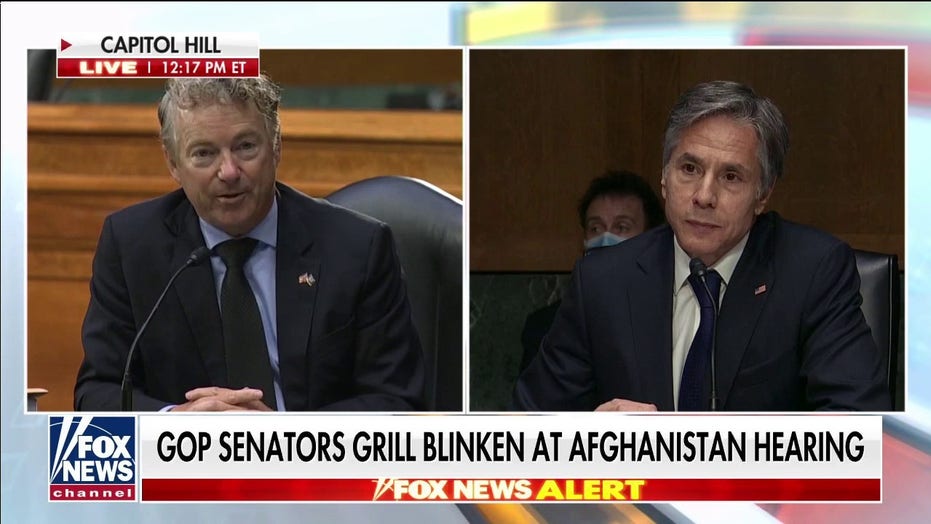 Blinken admits US doesn't know who was killed in Kabul airstrike, review ongoing

Blinken admits US doesn’t know who was killed in Kabul airstrike, review ongoing

Secretary of State Antony Blinken admitted Tuesday that he does not know whether a person killed in a U.S. drone strike in Kabul was a member of ISIS-K or an aid worker, and that the Biden administration is still looking into the matter.

Sen. Rand Paul, R-Ky., grilled Blinken on the matter during a Senate Foreign Relations Committee hearing on the Afghanistan withdrawal.

“The guy the Biden administration droned, was he an aid worker or an ISIS-K operative?” Paul asked, referencing a New York Times report that found that the vehicle struck was driven by U.S. aid group worker Zemari Ahmadi, one of 10 people the Times said died in the attack.

“The administration is of course reviewing that strike and I’m sure that a full assessment will be forthcoming,” Blinken said, leading Paul to press the issue.

“So you don’t know if it was an aid worker or an ISIS-K operative?” the senator asked. When Blinken said he could not speak to that in the setting they were in, Paul asked, “So you don’t know or won’t tell us?”

“I don’t know because we’re reviewing it,” Blinken admitted.

Paul slammed the administration’s failure to be aware of who they had targeted.

“You’d think you’d kind of know before you off somebody with a Predator drone whether he’s an aid worker or an ISIS-K,” he said, before accusing past administrations of exhibiting similar behavior.

Paul had earlier chastised the administration for its failures in the withdrawal from Afghanistan and evacuation of Americans and allies trying to get out.

“Never in my worst nightmares could I have imagined that an administration would leave and leave $80 billion worth of weaponry to the Taliban,” Paul said. “Dozens of planes and helicopters, thousands of armored carriers, hundreds of thousands of automatic weapons, and worst of all, 13 of our brave young men and women. Never in my worst nightmares did anyone conceive of such a colossal incompetence.”

Paul said theU.S. abandoning Bagram Air Field will be viewed as “one of the worst military decisions in our history.”

Blinken then claimed that much of the planes and helicopters were inoperable or soon would be due to lack of maintenance.