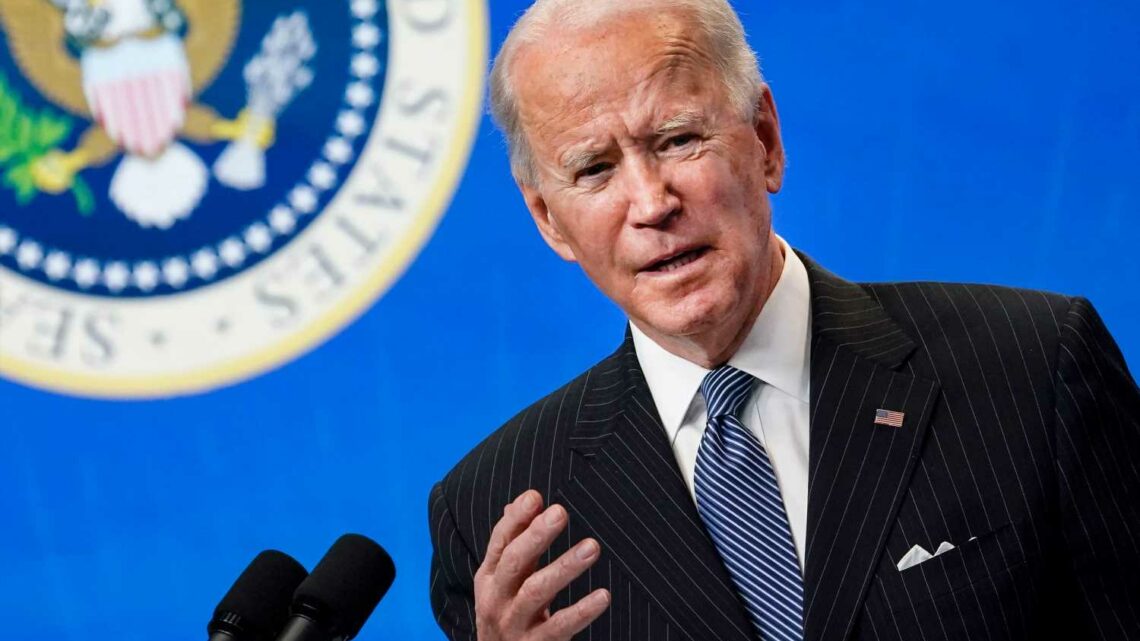 DUBAI, United Arab Emirates — Iran and the U.S. are in a standoff.

President Joe Biden's administration wants to revive the 2015 nuclear deal, but is demanding to see changes from Tehran before it will lift the heavy sanctions imposed on the country by the Trump team.

Meanwhile, Iran says it wants Washington to step up its game and make the first move, refusing to budge until those sanctions are lifted.

Iran has set a deadline of Sunday, Feb. 21, vowing that if oil and banking sanctions are not lifted by then, it will block the U.N.'s inspectors from being able to access its nuclear facilities.

The political brinkmanship raises questions over Biden's plans to salvage a deal which has effectively been on life support since former President Donald Trump pulled the U.S. out of it in 2018.

'Much more difficult to achieve'

The Iranian nuclear deal, also called the Joint Comprehensive Plan of Action (JCPOA), was spearheaded by the Obama administration and involved several other world powers. It lifted international sanctions on Iran, offering the country of 83 million economic relief, in exchange for curbs to its nuclear program, which included mandated inspections by the U.N.'s International Atomic Energy Agency (IAEA).

Any removal of IAEA inspectors "would make an agreement much more difficult to achieve; without mechanisms for monitoring Iran's nuclear program, mistrust from the U.S. and the remaining parties to the JCPOA would deepen," Torbjorn Soltvedt, principal MENA analyst at Verisk Maplecroft, wrote in a research note this week.

The ultimatum is meant to pressure Washington into action. But it could backfire, says Behnam ben Taleblu, senior fellow at the Washington-based Foundation for Defense of Democracies.

Iran's deadline threat is "designed to grow risks and fears in Washington over the direction of the nuclear program. Risks and fears which Tehran hopes Washington will ameliorate with concessions and premature sanctions relief," Taleblu told CNBC.

But the compounding nuclear violations — even under Biden — "may help drive Europe towards Washington, which now has a more limited Iran policy," he warned.

And the Islamic Republic hasn't held back on breaching the deal's parameters following Biden's election, in moves that former JCPOA negotiators have described as "provocative" and "serious." The stakes have been mounting since May 2019, one year after the Trump administration withdrew from the deal and started imposing "maximum pressure" sanctions on the country for what it called its "destabilizing regional behavior."

Iranian officials have previously stressed that the breaches are reversible once Washington offers sanctions relief.

But that relief is unlikely anytime soon as Biden's goals with the deal face a lack of support from much of Congress and his team wants to avoid looking "soft" on Iran.

A game of chicken?

According to Sanam Vakil, an Iran expert and deputy head of Chatham House's MENA program, this isn't as much of a game of chicken as it appears.

"It's not really a game of chicken. It's really about the Biden administration figuring out how they want to proceed and executing and transition, and domestic difficulties in the U.S. really sort of stymied what could have been a faster re-entry," she said.

And the standoff, Vakil believes, is more a debate on the order in which certain concessions will be made.

"What we're seeing playing out in the public domain is a debate on sequencing," she said.

"The Iranians are publicly saying 'we need you to lift all of the sanctions before we do anything.' And of course they're going to say that because they need to know where the U.S. stands, what the U.S. red lines are — they have limited confidence currently in the process."

All eyes on Iran's election

Henry Rome, a regional analyst at Eurasia Group, says the Biden administration "is considering making an initial gesture to Iran, aimed at demonstrating commitment to returning to the JCPOA and prodding Iran to accept negotiations without giving away significant U.S. leverage."

Such a move would be largely symbolic, but could include lifting sanctions on individuals, removing U.S. objection to an IMF loan or facilitating humanitarian trade.

"If the U.S. offers a tangible sign of progress before (Feb. 21), that date, this may be enough for the Iranian leadership to fudge those conditions," of its deadline, Rome said.

Ultimately, what's far more important to the survival of the deal and U.S.-Iran relations is what happens on June 18 — Iran's presidential election, which could see a far more hardline and anti-American leader elected.

The run-up to that election "will give a clearer indication of Supreme Leader Ayatollah Ali Khamenei's willingness to endorse another serious effort to reach an accord" on the nuclear issue, Verisk's Soltvedt said.

"An agreement between Iran and the U.S. before then is a remote prospect, and the risk of Khamenei walking away from the JCPOA this year will remain high."