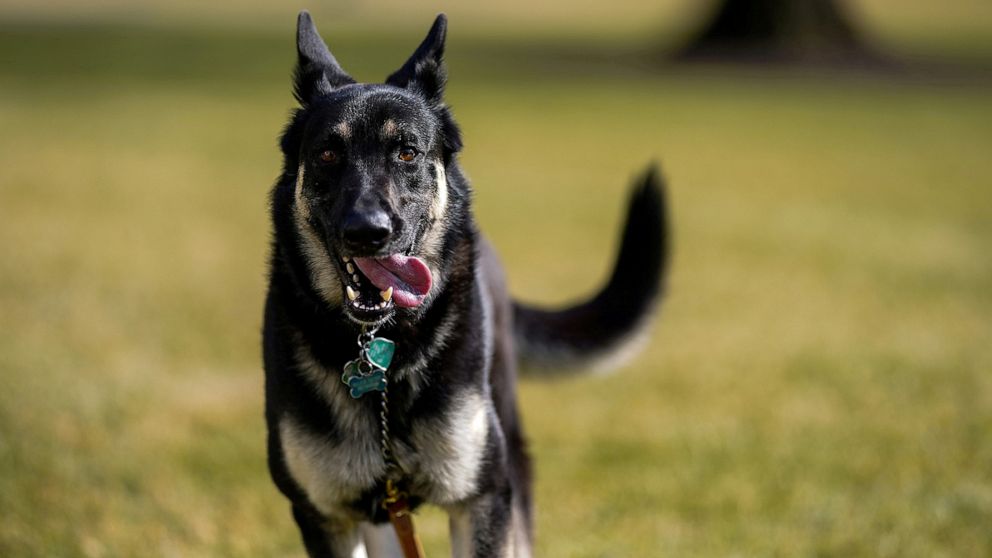 Biden's German shepherd Major back in doghouse for another biting incident

U.S. President Joe Biden’s 3-year-old German shepherd, Major, is back in the doghouse for another biting incident that required medical attention.

Major “nipped” a National Park Service employee on the White House South Lawn on Monday afternoon, first lady Jill Biden’s press secretary, Michael LaRosa, told ABC News in a statement Tuesday. “Out of an abundance of caution,” the employee went to the White House medical unit for treatment before returning to work “without injury,” LaRosa said.

“Major is still adjusting to his new surroundings,” he added.

The incident was first reported by CNN.

Major, who was adopted from the Delaware Humane Association by the Bidens in 2018, was involved in a separate biting incident on March 8 that caused a “minor injury” to an individual who also sought treatment from the White House medical unit, according to White House press secretary Jen Psaki, who said the dog was “surprised by an unfamiliar person.” Psaki did not identify the individual or provide further details at the time, but CNN reported it was a Secret Service employee.

In a recent interview with ABC News’ George Stephanopoulos, Biden defended his canine companion and said Major was receiving additional training at their family home in Delaware.

“Look, Major was a rescue pup,” the president said. “Major did not bite someone and penetrate the skin.”

Biden suggested the dog overreacted because he wasn’t used to having strangers around. Major and the Bidens’ 12-year-old German shepherd, Champ, joined the first family at the White House in Washington, D.C. shortly after Inauguration Day.

“I guess what surprised me is the White House itself, living there. Every door you turn to, there’s a guy there in a black jacket,” Biden said. “You turn a corner and there’s two people you don’t know at all.”

“And he moves to protect,” the president said of Major. “But he’s a sweet dog. Eighty-five percent of the people there love him.”

Major was spotted on a walk with a White House staff member on the South Lawn on Monday evening, before Biden departed for his visit to the Vietnam War Memorial. The dog was leashed.