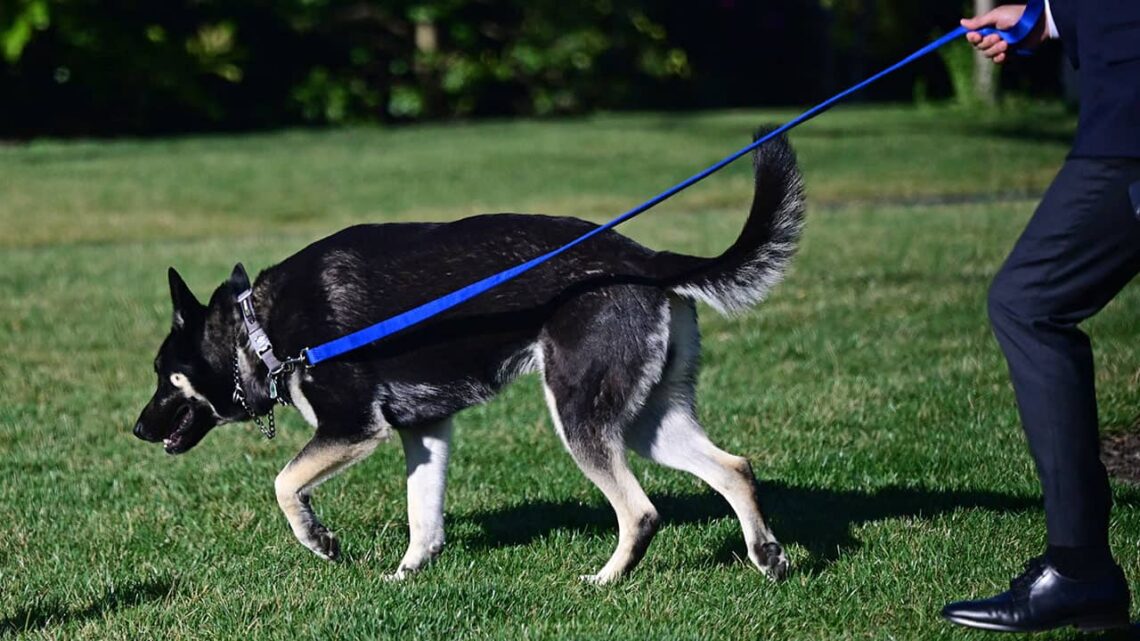 First Lady Jill Biden’s press secretary Michael de Rosa confirmed the “nip”  in a statement to Fox News. “Major is still adjusting to his new surroundings and he nipped someone while on a walk.  Out of an abundance of caution, the individual was seen by WHMU and then returned to work without injury.”

The encounter took place on the White House South Lawn Monday. CNN first reported the bite, adding that the employee worked for the National Park Service.

Major was seen being walked by a White House employee on a leash Monday afternoon.

Monday’s incident was the second time Major, a three-year-old German Shepherd, bit someone at the White House in less than a month. On March 8, Major sunk his teeth into a Secret Service employee, who also required attention from the White House medical unit. Psaki referred to that incident as “minor.”

Biden told “Good Morning America” after Major first bit someone that he would be put in training. He said his dog just needed more time to adjust to life at the White House.

“Every door you turn to, there’s a guy there in a black jacket,” he said of the serious security. “You turn a corner, and there’s two people you don’t know at all. And [Major] moves to protect.”

After the first bite occurred, both pets were sent to Wilmington, Delaware to be looked after by a family friend, but the White House denied it had banished them for bad behavior.

White House press secretary said the dogs returned to Biden’s hometown as part of a “pre-planned trip” as First Lady Jill Biden was going to be away that week. “The dogs will come and go,” Psaki said last week, confirming that they had returned to the White House from Delaware.

After Lululemon earnings, charts point to ‘key technical juncture’ for the stock
Technology