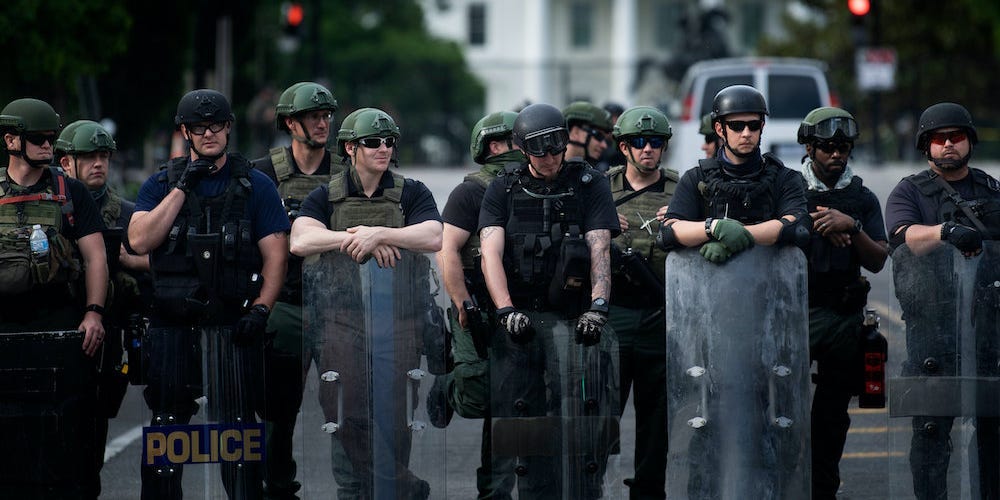 The Biden administration has no uniform national strategy for how federal law enforcement agencies monitor their employees’ social media accounts to actively root out any extremists with ties to white supremacists groups, Insider has learned.

That’s one of the biggest takeaways from an Insider investigation that surveyed 63 federal departments with personnel who routinely carry firearms in an attempt to understand their plans for rooting out any bad apples.

Justice Department leaders including Attorney General Merrick Garland and FBI Director Chris Wray have repeatedly stated the US government is working overtime to prevent future domestic terrorist attacks like the one led by pro-Trump rioters who attacked the Capitol on January 6.

But the broader US government doesn’t appear yet to have gotten the same memo when it comes to one of the best ways legal experts say is readily available to spot potential threats: via what federal employees post online.

Insider found only five federal law enforcement agencies responded to its survey to confirm they had the ability to check on their personnel’s’ social-media accounts. The agencies said they do so either during the initial background check before someone gets hired or when they conduct periodic investigations to see if officers are still qualified to do their job.

Other agencies weren’t so transparent. Agencies including the Defense Logistics Agency Police, US Mint Police, the Bureau of Engraving and Printing police force and the National Oceanic and Atmospheric Administration Fisheries Office of Law Enforcement did not disclose any information about their social media policies.

A spokesperson for the Department of Veterans Affairs police explicitly stated that it does not have a policy to monitor their employees’ online activities, though it does check employees’ social-media platforms if something were brought to their attention.

“If we become aware that an employee posts content that is inconsistent with VA values, VA will always do its due diligence to look into the situation and take appropriate action,” the agency spokesperson said. 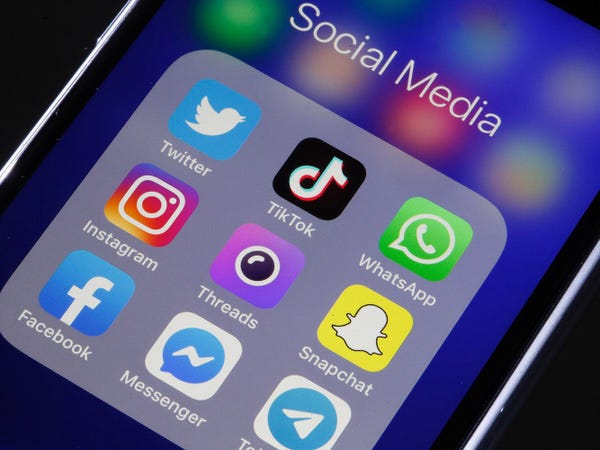 ‘A persistent problem in our society’

Agencies actively monitoring thousands of officers’ social media accounts could be an arduous task, said Dr. Ziv Cohen, a psychiatrist who has consulted for the Justice Department.

Instead, he suggested agencies could have an active reporting system in place that allows citizens and law enforcement officers to report if they find an officer sharing offensive or racist content.

It’s an uncomfortable reality that there are individuals with extremist and racist ideologies in the very federal agencies designed to protect Americans. But it’s an issue that needs to be addressed, said Michael German, a former FBI agent specializing in domestic terrorism.

“This is a persistent problem in our society,” he told Insider. “As long as law enforcement agencies and the military recruit out of our society, they’re going to be continuing to repopulate the ranks with people who engage in racist misconduct.”

There have been notorious cases of federal law enforcement agencies engaging in posting racists and offensive content online.

The most high-profile case involved former and current Border Patrol agents, who were reportedly posting offensive and racist content in a private Facebook group, according to a report by ProPublica. Members in the groups reportedly joked about the deaths of migrants and talked about throwing burritos at Latino lawmakers who were visiting immigration detention facilities.

The investigative report prompted Customs and Border Protection to launch an official investigation into the matter. Nearly a year after the investigation, the agency announced that it had fired four employees and suspended more than three dozen others without pay after a year-long investigation.