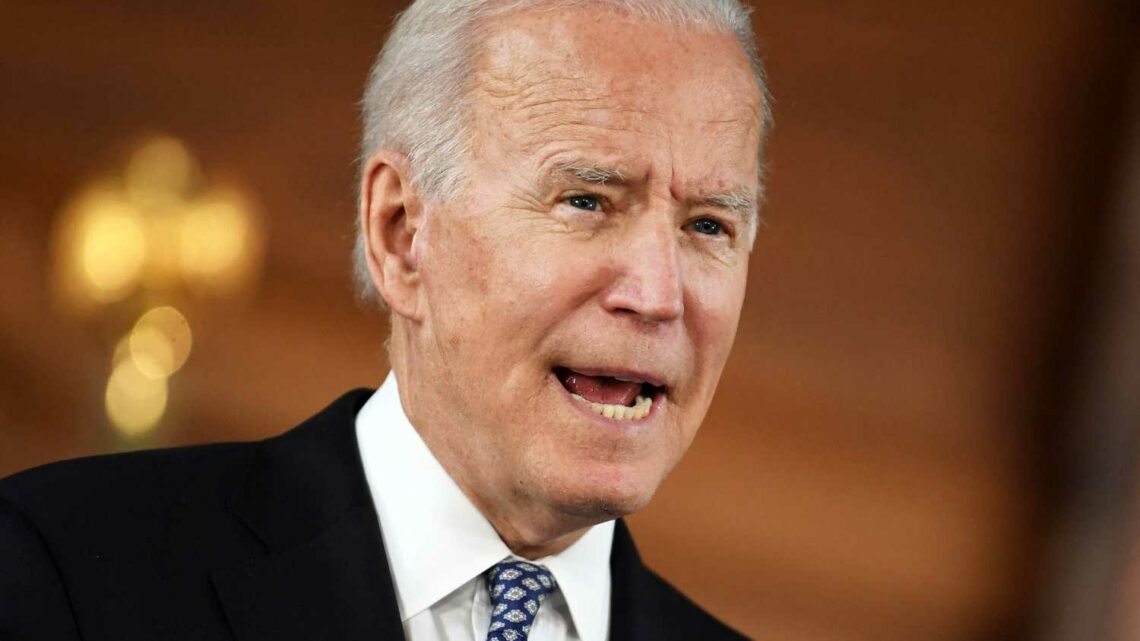 President Joe Biden on Wednesday will detail a plan to overhaul U.S. infrastructure and manufacturing, setting the stage for his second major legislative battle in less than three months as president.

Biden will travel to Pittsburgh to unveil the first of two sweeping economic recovery proposals. Together, they will likely carry a multitrillion-dollar price tag that dwarfs the $1.9 trillion Covid relief plan he signed into law earlier this month.

The administration's economic team is still ironing out the details of the second plan, which will involve huge investments in U.S. health care and child care. The White House says it will roll out that proposal sometime in April.

The speech in the Steel City — Biden's first trip to western Pennsylvania since taking office — comes as the president prepares to shift his gaze beyond the immediate threat of a still-raging pandemic and focus on longer-term issues.

The first leg of the double-barreled recovery package will focus on repairing America's infrastructure — its roads, bridges, railways, water systems and other structures. Biden is also set to call for investments in domestic manufacturing, research and development and the caregiving workforce.

Experts say an infrastructure update is long past due. The American Society of Civil Engineers' most recent "report card" gave the nation's infrastructure an overall C-minus grade.

The group estimates that the U.S. faces an infrastructure "investment gap" of nearly $2.6 trillion over 10 years. Continued underinvestment will cost more than 3 million jobs and $10 trillion in GDP by 2039, it said.

Biden's handling of the pandemic has so far garnered high approval ratings and buoyed his popularity, polls show. But he could soon have to tap into built-up political capital, as the White House moves to hike taxes to pay for the new infrastructure plan.

But Biden has already faced steadfast opposition from congressional Republicans, none of whom voted for his broadly popular Covid rescue plan. The staggering costs of Biden's forthcoming economic recovery package — possibly more than $3 trillion, The New York Times reported — and the threat of higher taxes are bound to spark the GOP's ire.

Wall Street is watching, as well. Strategists expect Biden will push to reverse some of the Trump-era tax cuts and raise others on individuals and businesses. Some warn the stock market could take a hit from tax hikes.

The administration has reached out to industry leaders ahead of the legislative rollout. White House climate advisor Gina McCarthy last week discussed infrastructure plans with oil and gas executives, the Times reported.

Biden has promised not to raise taxes on those making under $400,000 a year. The White House recently clarified that income threshold would apply to individuals and families.

The president "believes that we have an opportunity to rebalance" parts of the tax code that are "out of date," White House press secretary Jen Psaki told reporters Monday. She said that "some could pay more in our country that are not currently."

Psaki later added: "I can assure you that when the president lays out his infrastructure plan, he will also lay out a plan to pay for it."

Transportation Secretary Pete Buttigieg on Friday suggested to CNBC that several possible levies, including a vehicle mileage tax, could be on the table to finance the infrastructure project.

He later said a gas or mileage tax would not be part of the plan.

In the wake of the polarized fight in Congress over the latest Covid relief bill, administration officials have signaled they don't want to shut Republicans out of future talks.

"Throughout this process, we look forward to working with a broad coalition of members of Congress to gather their input and ideas, and determine the path forward," Psaki said Monday.

She also declined to take a stance on whether Biden supports the reported efforts by Senate Majority Leader Chuck Schumer, D-N.Y., to enable the evenly split Senate to pass more legislation through budget reconciliation. The process would allow Democrats to pass a bill without Republican votes.

"The White House and the President will leave the mechanics of bill-passing to Leader Schumer and other leaders in Congress," Psaki said.

Once the package is unveiled, the administration's focus is "on having that engagement and discussion with members of Congress."

"If they share a goal of building our infrastructure for the future but don't like the way he's going to propose to pay for it, we're happy to look at their proposals," she added.

"If they don't want to pay for it, I guess they can propose that too. Maybe they don't support infrastructure spending."