President Joe Biden considers himself a union man “from belt buckle to shoe sole,” as he likes to say. In his campaign talks and policy proposals, Biden has made clear he believes all U.S. workers would be better off if more of them carried union cards. And some of the very first actions he took in office supported unions and collective bargaining.

But with Amazon workers at an Alabama warehouse now casting ballots in the most high-profile union election in years, the White House has steered clear of endorsing unionization there. The administration’s relative silence hasn’t gone unnoticed at the Retail, Wholesale and Department Store Union (RWDSU), which hopes to represent workers at the retail giant’s fulfillment center in Bessemer, Alabama.

Amazon doesn’t have any unionized warehouses in the U.S. and would like to keep it that way. The company has launched an aggressive counter campaign to dissuade the roughly 6,000 workers from joining the RWDSU in a seven-week mail-in election. Amazon’s anti-union message even follows workers into the bathrooms, where posters urge them to vote “no.”

The retailer’s captive-audience meetings and anti-union literature have drawn rebukes from Democrats in both the House and Senate, as well as some oblique criticism from the White House. Biden tweeted in early February that the policy of the U.S. government is to encourage collective bargaining, and that employers should ensure workers have ”a free and fair choice to join a union.”

He did not call out Amazon by name, however.

“This is his opportunity to put a stake in the ground. He can say, ‘This is where our administration stands,’” said Erica Iheme, a Birmingham native and southern director for the non-profit Jobs to Move America. Iheme’s group is part of the Alabama Coalition for Community Benefits, which is rallying local support for the union effort.

Reuters reported earlier this month that labor leaders had tried to secure support for the effort from White House officials.

A supportive tweet from the president might not influence any votes among the workers. But it could put a company like Amazon on notice regarding potential retaliation, and make a strong statement about the administration’s values. It would also set down a new marker for a Democratic president when it comes to publicly supporting unions that often feel taken for granted in the Democratic Party.

The Barack Obama era saw big union elections as well, but the former president stayed characteristically above the fray. Obama did not publicly endorse the United Auto Workers’ failed effort to unionize a full Volkswagen plant in Tennessee in 2014. That was the most closely watched election in years, due to the fact that Volkswagen was a foreign automaker in the South.

HuffPost readers: Do you work at the Amazon facility in Bessemer? We’d like to hear from you. Email our reporter here. You can remain anonymous if you like.

There are understandable reasons for even a sympathetic president to stay out of it. A president’s support may not help, and an administration might not want to be seen as putting a thumb on the scale. The National Labor Relations Board, an independent agency to which the president makes appointments, oversees private-sector union elections. The board may end up having to decide whether anyone broke the law in the Amazon election, or even order a do-over. 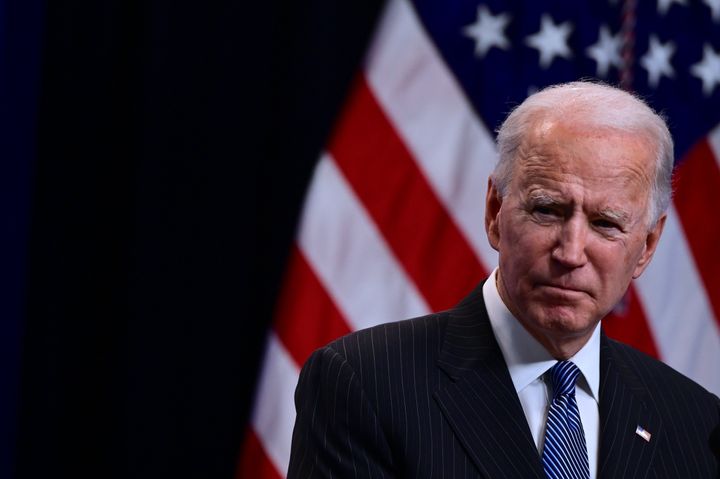 But Joseph Geevarghese, the executive director of Our Revolution, a progressive group that grew out of Sen. Bernie Sanders’ (I-Vt.) 2016 presidential run, argued that Biden has a responsibility to condemn Amazon’s anti-union efforts directly. He said it would send an important symbolic statement, the way Ronald Reagan’s firing of the air-traffic controllers signified “open season on unions.”

“The truth is that this is bigger than Amazon,” Geevarghese said.

“A president affirmatively committed to the labor movement can and should also urge Amazon to quit undermining worker democracy,” Hauser said. Even if that support ultimately failed to move the needle, he said, “the ties between working people and the president would not be weakened but indeed strengthened.”

Whatever concerns Biden might have about inserting himself in a union election has not stopped some prominent Republican politicians before him. During the UAW’s campaign at Volkswagen, former Sen. Bob Corker (R-Tenn.) assured more work at the plant if workers rejected the union. Then-Tennessee Gov. Bill Haslam also urged workers to turn down the union, saying it would force the company to abandon plans to expand.

Asked what was holding Biden back from expressly endorsing the Amazon union drive, a White House spokesperson reiterated the president’s general position, saying he encourages union organizing and collective bargaining, and urges employers not to run anti-union campaigns. Biden has called for increasing penalties on companies that illegally bust unions, among other significant labor law reforms.

Biden may have raised progressives’ expectations by his own pro-union actions so far as president. In an unprecedented move on Inauguration Day, Biden fired Peter Robb, the NRLB’s Trump-appointed general counsel, whom labor groups viewed as vehemently anti-union. In Robb’s place he has nominated Jennifer Abruzzo, a lawyer for the Communications Workers of America, drawing praise from unions.

The anti-union tactics Amazon has deployed are quite common among U.S. employers. A lot of union supporters would like to see more politicians discourage and shame those practices through the bully pulpit.

The RWDSU’s Appelbaum said he was satisfied with the number of signatories on those letters, but acknowledged it would be nice to have more names attached.

“I would say to anyone who’s a Democrat who hasn’t signed on, they have to think about signing on now or reconsider why they call themselves a Democrat,” he said.

More Covid-19 vaccination sites opening across the US

Trump made $1.6 billion while president, according to financial disclosures, but left office less wealthy than before
Technology