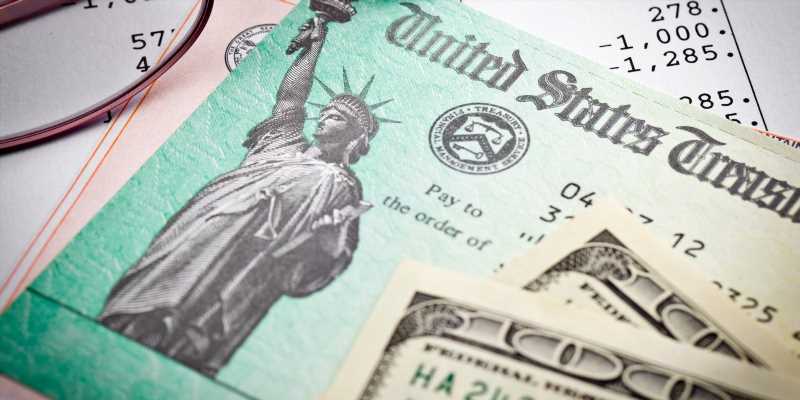 WASHINGTON – President Joe Biden is calling on Congress to raise taxes on wealthy Americans for the first time in nearly a decade to help pay for his ambitious $1.8 trillion plan to provide relief to families and reshape the U.S. economy.

Biden’s American Families Plan, which proposes investing billions of dollars in child care, paid family leave and education, would nearly double the capital gains tax to 39.6% for people earning more than $1 million a year. The current rate is 20%.

The package also calls for raising the top marginal tax income rate to 39.5%, up from the current 37% that has been in effect since a tax reform law that congressional Republicans pushed through Congress in 2017. Biden’s proposal will restore the tax rate to the level it was at before the tax reform law.

In addition to raising taxes on the wealthy, the proposal also extends a number of tax credits that the administration says provide needed relief for low- and middle-income families.

President Joe Biden is calling on Congress to raise taxes on wealthy Americans to help pay for his $1.8 trillion plan to provide relief to families and reshape the U.S. economy. (Photo: Getty Images)

Biden is expected to lay out his vision for the tax and spending proposal during a speech Wednesday night before a joint session of Congress, his first address before the legislative body since becoming president.

A senior administration official who outlined details of the package for reporters on Tuesday said the plan would make sure wealthy Americans pay the taxes they owe and would live up to Biden’s campaign promise that no one earning less than $400,000 a year will see their taxes go up.

The American Families Plan is the companion piece to a $2.3 trillion infrastructure and jobs package, dubbed the American Jobs Plan, that Biden proposed earlier this month. Between the jobs package and the families plan, Biden is looking to spend more than $4 trillion – a figure that he calls a once-in-a-generation investment to restructure the American economy.

But getting the proposal through Congress could be the biggest challenge of Biden’s new presidency. Democrats hold small majorities in the House and Senate, giving them scant room for political maneuvering in the face of what is expected to be strong GOP opposition to the plan.

If lawmakers have other ideas about how to pay for the package, Biden “is open to hearing them,” the senior administration official said. But, the official said, Biden believes that issues of tax fairness and making sure people pay the taxes they owe are “fundamental and necessary.”

If approved, the package would mark the first comprehensive tax increase on Americans since 2013, when then-President Barack Obama allowed previous tax cuts for the wealthy to expire.

The tax proposals that Biden is pushing under his infrastructure and jobs package and his American Families Plan proposal would eliminate tax cuts that former President Donald Trump and congressional Republicans ushered into law in 2017. Republicans already have raised objections to the tax increases intended to pay for Biden’s plan.

Under the infrastructure and jobs plan, the corporate tax rate would jump from 21% to 28%.

The separate package intended to benefit families would close a number of long-standing loopholes that the administration argues reward wealth over work and widen racial disparities in income and wealth.

For example, current tax law allows wealthy Americans to avoid taxes on accumulated capital gains by holding onto them until their death and then passing them onto their heirs tax free.

Biden’s plan will close that loophole, ending the practice of so-called “stepping up” the basis for gains in excess of $1 million. The change is designed so that family-owned businesses and farms would be protected and would not have to pay the taxes when given to heirs, the senior administration official said.

Biden also proposes giving the Internal Revenue Service additional resources and authority over the next 10 years to help crack down on tax evasion by wealthy taxpayers, large corporations, businesses and estates. The administration estimates stepping up tax enforcement would bring in $700 billion over the next decade.

Besides raising taxes on the wealthy, Biden’s plan calls for extending tax credits that benefit low- and middle-income families.

A child tax credit expanded as part of a $1.9 trillion COVID-relief package approved in March would be extended until 2025. The COVID bill boosted the credit from $2,000 per child to $3,000 for each child age 6 and older and $3,600 for children under age 6.

Tax credits that families can use to lower health insurance premiums under the Affordable Care Act and a temporary expansion of the Child and Dependent Care Tax Credit that can be applied to child care for children under age 13 would be extended permanently under Biden’s proposal.