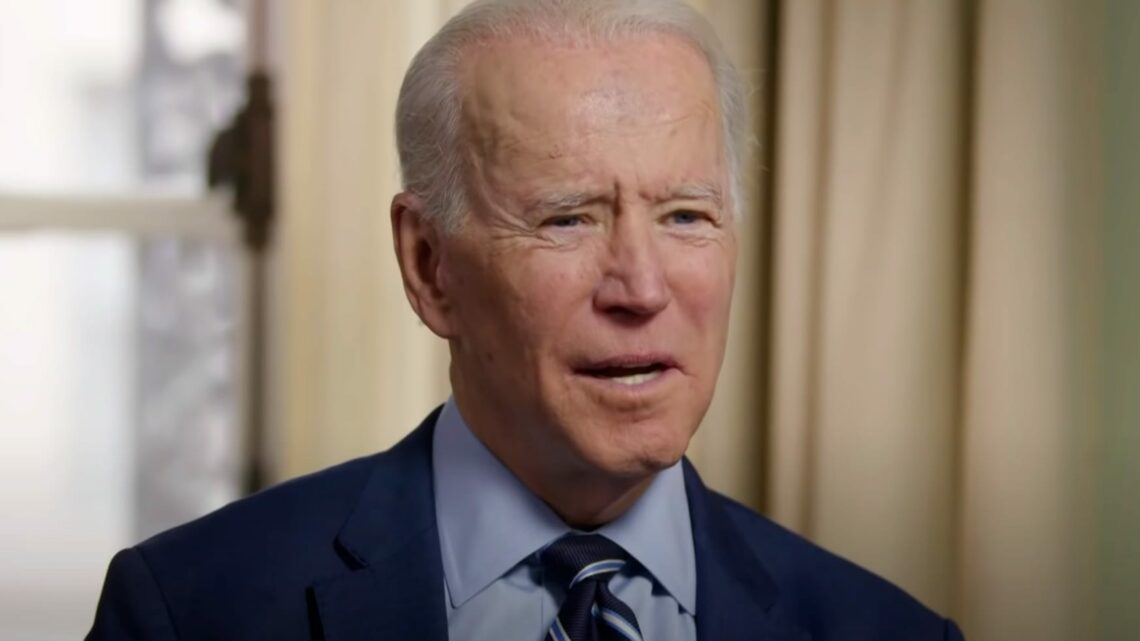 Biden says he did not have advance notice of FBI raid on Rudy Giuliani, as Trump defends former New York mayor

President Joe Biden said he was not told in advance about the FBI's execution of search warrants at the New York City home and office of Rudy Giuliani, one of former President Donald Trump's personal lawyers.

"I give you my word, I was not" briefed beforehand, Biden told MSNBC's Craig Melvin in an interview that aired Thursday.

"I learned about that last night when the rest of the world learned about it, my word," Biden said of early Wednesday's raids, in which FBI agents seized electronic devices from the former New York mayor and ex-federal prosecutor.

"I had no idea this was underway."

Biden also underscored that he has not been briefed on the Giuliani probe — which is focused on the latter's dealings in Ukraine — or any other criminal investigation by the Justice Department. The department is known to be probing the tax affairs of Biden's son Hunter.

"I made a pledge I would not interfere in any way, order or try to stop any investigation the Justice Department had," Biden said

"I'm not asking to be briefed. That's the Justice Department's independent judgment," the president said.

Biden blasted Trump for his efforts to get the Justice Department to investigate certain people and issues, and his repeated criticisms of the department's investigations of people linked to Trump, including his former personal lawyer Michael Cohen, his former campaign chairman Paul Manafort and GOP operative Roger Stone.

"That's not the role of the president. The Justice Department is the people's lawyer, not the president's lawyer."

For months after Biden's defeat of Trump in the 2020 election, Giuliani falsely claimed that Biden won only as a result of widespread ballot fraud. Trump's own attorney general, William Barr, has said there was no evidence of such extensive fraud that would have led to Trump's loss.

During an interview Thursday with Fox Business, Trump condemned the raid on Giuliani's properties, calling it "a very, very unfair situation."

"He just loves this country. And they raid his apartment, it's like, so unfair and such a double — like a double standard, like I don't think anybody's ever seen before," Trump said.

The investigation of Giuliani by the U.S. Attorney's Office for the Southern District of New York — an office he once headed — began while Trump was president and while his hand-picked attorneys general were heading the Justice Department, which oversees U.S. attorneys' offices.

Trump himself faces a serious criminal investigation by the Manhattan District Attorney's Office.

The New York Times reported in December that Giuliani had talked to then-President Trump about receiving a preemptive pardon that would have protected the lawyer from federal criminal prosecution. "Not true," Giuliani told CNBC after that report was published.

Giuliani on Thursday retweeted a tweet by John Cardillo that blasted so-called establishment Republicans who are not publicly defending Giuliani, calling them "feckless cucks."

On Wednesday, Giuliani lawyer Robert Costello accused what he called the "Biden Justice Department" of a "corrupt double standard" that treated his Republican client harshly while ignoring the alleged "blatant crimes of high-level Democrats including Biden, Hunter Biden and former secretary of state Hillary Clinton.

"You have not seen the home of Hunter Biden raided by the FBI with search warrants," said Costello, a former top official in the U.S. Attorney's Office in the SDNY. While there decades ago, Costello had overseen criminal cases that employed the use of search warrants and early-morning raids by FBI agents.

"This behavior of the Justice Department, enabled by a compliant media, running rough shod over the constitutional rights of anyone involved in, or legally defending, former President Donald J. Trump is becoming the rule, rather than the exception."

In 2019, Giuliani engaged in efforts to dig up damaging information about Hunter Biden's business dealings in Ukraine as part of a strategy to harm Joe Biden's campaign for the Democratic nomination for president.

Trump was impeached later that year after he pressured the president of Ukraine to announce an investigation of the Bidens. Trump was acquitted by the GOP-controlled Senate.