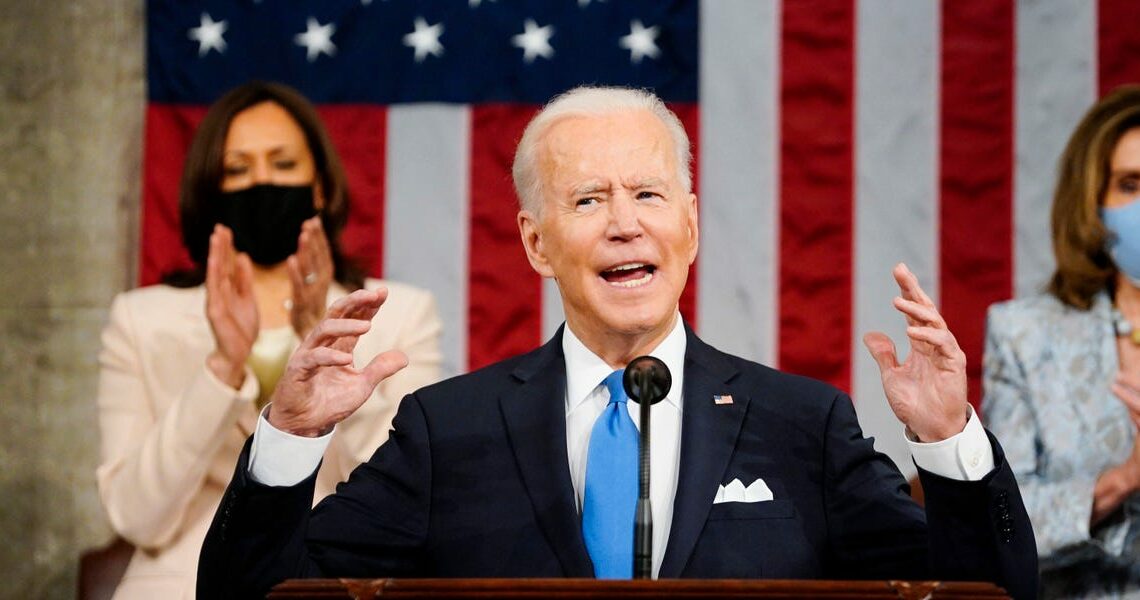 During his first address to a joint session of Congress, President Joe Biden called the attack at the US Capitol on January 6 an “existential crisis” for America.

Biden was speaking Wednesday evening from the Capitol, where a few months ago, a mob of President Donald Trump’s supporters breached the building, forcing lawmakers to evacuate and disrupting the certification of a free and fair democratic election.

“As we gather here tonight, the images of a violent mob assaulting this Capitol — desecrating our democracy — remain vivid in our minds,” Biden said. “Lives were put at risk. Lives were lost. Extraordinary courage was summoned.”

Read more: Congressional staffers are burned out and heading for the exits after a hellish year

Multiple people died during and after the Capitol riot, including Capitol police officer Brian Sicknick and Ashli Babbitt, a Trump supporter and QAnon believer, who was shot and killed by police while participating in the riot.

“The insurrection was an existential crisis—a test of whether our democracy could survive. It did,” Biden said.

The Capitol was secured hours after being breached, allowing Congress to reconvene and certify Biden’s win.

He continued: “America’s adversaries – the autocrats of the world – are betting it can’t. They believe we are too full of anger and division and rage. They look at the images of the mob that assaulted this Capitol as proof that the sun is setting on American democracy.”

In his address, Biden called for ambitious plans related to economic recovery, including jobs, infrastructure, and childcare. He also called for civil rights legislation, gun control policy, and immigration reform.

Have a news tip? Contact this reporter at [email protected].

Republicans shake their heads, doze off, and live-tweet during Biden's first joint address to Congress
Technology