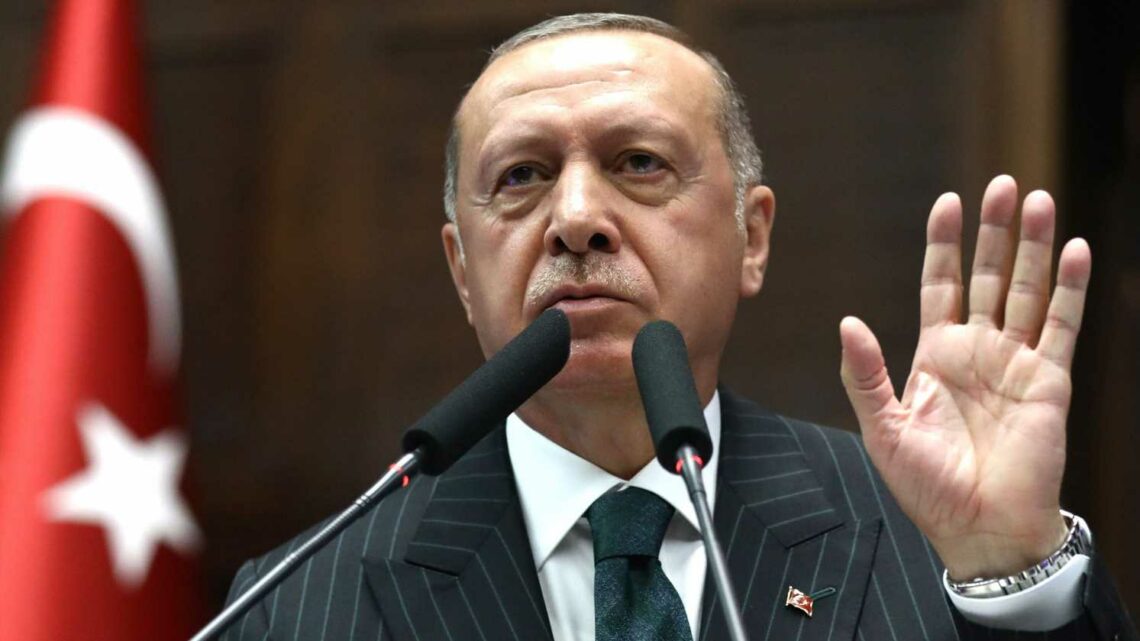 Biden recognizes as ‘genocide’ the killing of 1.5M Armenians by Ottoman Turks

WASHINGTON – President Joe Biden on Saturday formally recognized the systematic killing of 1.5 million Armenians by the Ottoman Empire from 1915 to 1923 as an act of “genocide,” a long-sought declaration among Armenian-Americans that could further strain U.S.-Turkey relations.

“Beginning on April 24, 1915, with the arrest of Armenian intellectuals and community leaders in Constantinople by Ottoman authorities, one and a half million Armenians were deported, massacred, or marched to their deaths in a campaign of extermination,” Biden said in a statement on Saturday, marking Armenian Genocide Remembrance Day. He emphasized the need to recognize and remember such atrocities “so that the horrors of what happened are never lost to history.”

“The American people honor all those Armenians who perished in the genocide that began 106 years ago today,” Biden said. “We honor their story. We see that pain. We affirm the history. We do this not to cast blame but to ensure that what happened is never repeated.

Biden promised during the campaign to label the killings a genocide. But previous presidents have reneged on similar pledges amid fears it would jeopardize U.S.-Turkey relations.

The move was both symbolic, because it carries no legal repercussions, and weighty, because of the potential geopolitical fallout and because it will resonate so deeply with the Armenian-American community.

“President Biden’s affirmation of the Armenian Genocide marks a pivotal milestone in the arc of history in defense of human rights,” Bryan Ardouny, executive director of the Armenian Assembly of America, said in a statement Saturday. Biden has ended “a century of denial,” he said, in a decision that “recommits the United States to the worldwide cause of genocide prevention.”

The Armenian genocide began in 1915 during World War I, as Turkish leaders began to murder and deport hundreds of thousands of Armenians from the Ottoman Empire. While the modern-day Turkish government has taken steps to address the atrocities, it has refused to recognize the scope of the killings and disputes it was a genocide.

Rep. Adam Schiff, a Democrat whose California district is home to many Armenian-Americans, said he was heartened that Biden’s recognition came while “there are still some genocide survivors alive to witness it.”

Biden’s “has cast aside decades of shameful silence and half-truths, and the broken promises of so many of his predecessors,” Schiff said.

For years, Turkey had successfully deployed an army of high-priced lobbyists to stop Washington from labeling the mass slaughter of Armenians as a genocide. In 2018, two of former President Barack Obama said it was a mistake for his administration not to recognize the genocide.

“Every year there was a reason not to,” Ben Rhodes, who served as Obama’s deputy national security adviser, said during a podcast interview. “Turkey was vital to some issue that we were dealing with, or there was some dialogue between Turkey and the Armenian government about the past.”

Declaration could ‘harm ties’ with Turkey

Earlier this week, Turkey’s foreign minister Mevlut Cavusoglu said Biden would “harm ties” if he made the genocide declaration.

“Statements that have no legal binding will have no benefit, but they will harm ties,” Cavusoglu told the Turkish broadcaster Haberturk. “If the United States wants to worsen ties, the decision is theirs,” he said.

That argument seems to have lost its punch. The U.S.-Turkey alliance has deeply frayed in recent years, particularly after Turkey’s 2019 invasion of Syria. Another flashpoint: Erdogan’s decision to move forward with Turkey’s decision to purchase a Russian missile system, in the face of fierce objections from Washington.

“Thanks to the hostility Turkish President Recep Tayyip Erdogan has engendered through his foreign policy and human rights abuses, there is little desire in Washington to defer to Turkish sensibilities on virtually anything,” said Alan Makovsky, an expert on Turkey and former State Department official.

Makovsky, now with the Center for American Progress, a liberal think tank, said Biden’s declaration will not have a major impact on U.S.-Turkey relations.

“Turkey will raise a rhetorical fuss for a few days and perhaps delay acting on some routine requests from the U.S. military,” he said. “But there are too many substantive problems on the U.S.-Turkish plate for Ankara to allow this recognition to make a major difference.”

Biden spoke with Erdogan on Friday, the first conversation between the two heads of state. The White House said Biden expressed “his interest in a constructive bilateral relationship” and “effective management of disagreements.” The White House account did not mention the genocide issue but said Biden and Erdogan agreed to meet on margins of a NATO Summit in June.

As Armenian Genocide Remembrance Day approached, members of Congress and Armenian-Americans ramped up pressure on Biden to fulfill his campaign promise.

“Administrations of both parties have been silent on the truth of the Armenian genocide,” more than two dozen senators wrote in March 19 letter to Biden. “We urge you to break this pattern of complicity by officially recognizing that the Armenian genocide was a genocide.”

The House and Senate passed a resolution in 2019 recognizing the Armenian genocide, another sign of Turkey’s waning influence in Washington – at least on that issue. Lawmakers have said they cannot fathom given the atrocities were committed by Ottoman Empire, not modern-day Turkey,

“The Ottoman Empire killed more than one million Armenians. It was a genocide that every Armenian I know has learned about from his or her parents or grandparents,” Sen. Dick Durbin, D-Ill., said in a statement Friday.

“Acknowledging this historic atrocity is no reflection on today’s Turkey, only those who refuse to admit its reality,” he said.

Biden has formally recognized the Armenian genocide, becoming the first US president to do so
Technology