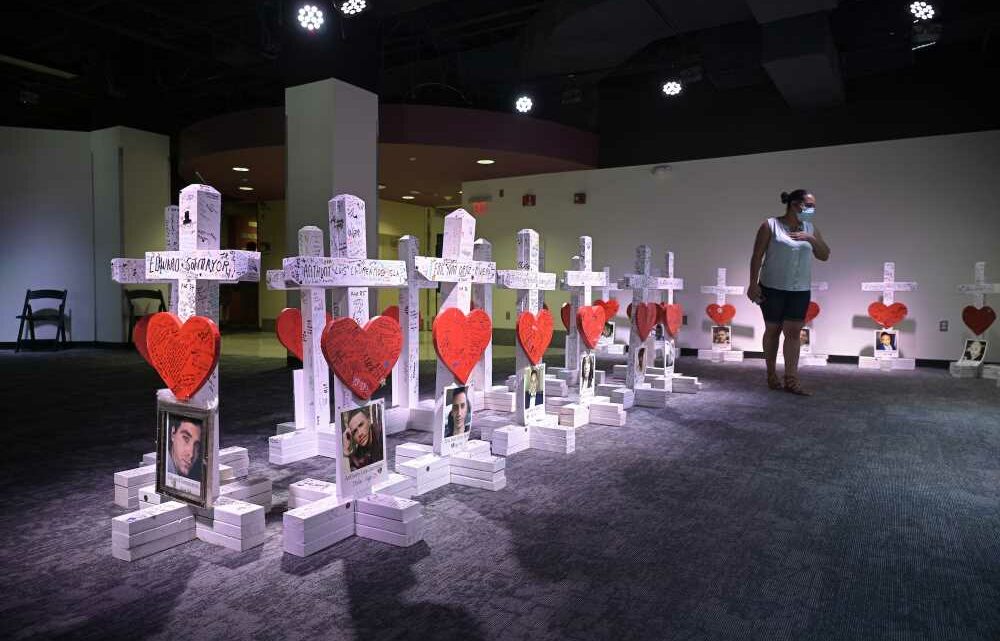 On the fifth anniversary of the Pulse nightclub shooting, President Joe Biden called on Congress to pass gun reform and announced that he will designate the club as a national memorial.

“Five years ago today in Orlando in the middle of pride month, our nation suffered the deadliest attack affecting the LGBTQ+ community in American history, and at the time, the deadliest mass shooting by a single gunman,” Biden said in a statement Saturday of the shooting that left 49 dead and 53 injured in 2016.

“Within minutes, the Pulse nightclub that had long been a place of acceptance and joy turned into a place of unspeakable pain and loss,” Biden added. “Forty-nine people were there celebrating Latin night were murdered, even more injured, and countless others scarred forever — the victims were family members, partners and friends, veterans and students, young, Black, Asian and Latino — our fellow Americans.”

The Push to Protect Voting Rights Is on Life Support

This past week, the Senate unanimously passed a bill that would enshrine Pulse nightclub as a national memorial. The measure, introduced by Sen. Rick Scott (R-Fla.) who was governor of Florida at the time of the shooting, earned bipartisan support.

Biden echoed those words in his statement.

“In the coming days, I will sign a bill designating Pulse nightclub as a national memorial, enshrining in law what has been true since that terrible day five years ago: Pulse nightclub is hallowed ground,” Biden said, adding. “We must also acknowledge gun violence’s particular impact on LGBTQ+ communities across our nation. We must drive out hate and inequities that contribute to the epidemic of violence and murder against transgender women — especially transgender women of color.”

Pulse nightclub also thanked the Senate for passing the bill in a Facebook post. “The unanimous consent is such welcome news as we are set to mark the five-year remembrance of the Pulse tragedy,” the post said. “This recognition from both the House and Senate means so much to the LGBTQ+ community.”

The president’s statement comes as the community of Austin, Texas, grapples with news that a gunman shot at least 13 people downtown Friday night, leaving two in critical condition, according to police, part of an epidemic that continues to plague the country. Although the Pulse shooting was the deadliest in U.S. history at the time, it was quickly eclipsed by the shooting in Las Vegas that killed 58 people a little more than a year later.

Despite the disturbing number of mass shootings, Republicans are determined to relax gun laws. Last month, the Republican-led Texas legislature passed a permitless carry law that would allow Texans to carry handguns without a license. Republican Gov. Greg Abbott has said he intends to sign it.

In April, Biden enacted some reforms through executive action, including ordering the Department of Justice to propose new regulations on “ghost guns,” which are sold in kits that the buyer assembles themselves, allowing them to bypass background checks. Biden also ordered the DOJ to create a new annual report on gun trafficking and to publish model “red flag” legislation for states, which lets family or law enforcement submit a court order to bar dangerous individuals from accessing firearms.

“It is long past time we close the loopholes that allow gun buyers to bypass background checks in this country, and the Senate should start by passing the three House-passed bills which would do exactly that,” the president said. “It is long past time we ban assault weapons and high capacity magazines, establish extreme risk protection orders, also known as ‘red flag’ laws, and eliminate gun manufacturers’ immunity from liability.”