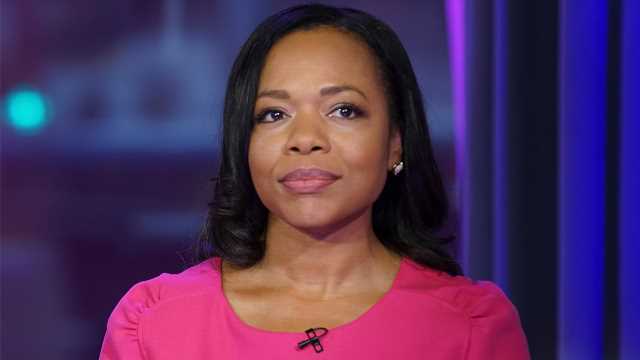 President-elect Joe Biden is expected to pick Kristen Clarke, a civil rights lawyer, as Assistant Attorney General for the Civil Rights Division of the Department of Justice, which is expected to be a prioritized role in the Biden administration.

Clarke, the current President of the Lawyers' Committee for Civil Rights Under Law and a former prosecutor with the Department of Justice, has been critical of police brutality and a proponent of Black Lives Matter.

BIDEN CALLS ON PROTESTERS TO 'PULL BACK,' SAYS THEIR ACTIONS BORDER ON 'SEDITION'

But while Clarke has supported calls to defund the police, she also called for a strategic approach to the movement.

"I advocate for defunding policing operations that have made African Americans more vulnerable to police violence and contributed to mass incarceration, while investing more in programs and policies that address critical community needs," she wrote in an Op-ed for Newsweek last summer.

The former head of the Civil Rights Bureau for the New York State Attorney General’s Office, who has investigated police killings of civilians, argued that "defunding the police" should not mean simply removing funds from police precincts. Clarke said it should include diverting funds to social programs that will prevent police from having to tackle certain issues – such as policing schools.

"We need to defund the mass deployment of cops inside our nation's schools," Clarke wrote on Twitter this summer, as protests continued across the nation following the death of George Floyd.

"About 45% of public schools had at least one SRO [School Resource Officers] during the 2017/18 school year," she continued. "This feeds the school to prison pipeline and disproportionately harms Black and brown students."

Clarke has also pushed for increased investment in social workers and the removal of "wellness checks" by police.

If she becomes Assistant Attorney General for civil rights, the Biden administration could see an increased investment in mental health programs that could help address the roughly 56% of those incarcerated in state prisons, and 45% of those held in federal prisons, who struggle with mental health issues.

Biden has said he does not support defunding police departments and has echoed Clarke’s calls for diverting funds to support education programs and mental health treatment.

But he has also argued that police departments that violate a "basic standard of decency" should not qualify to receive federal funding.

"While I do not believe federal dollars should go to police departments violating people's rights or turning to violence as the first resort, I do not support defunding police," Biden wrote in an OP-ed for USA Today this summer.

Tucker Carlson: A death in the Capitol, and what we must do now