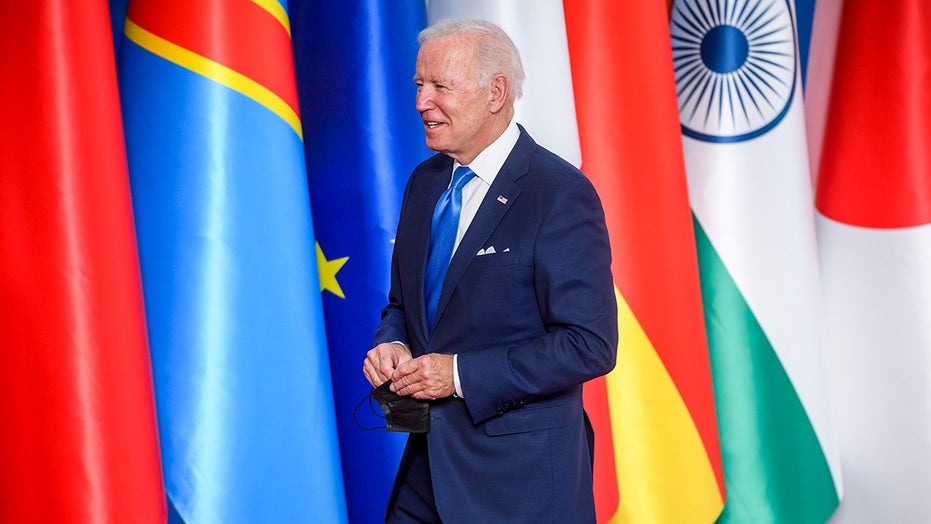 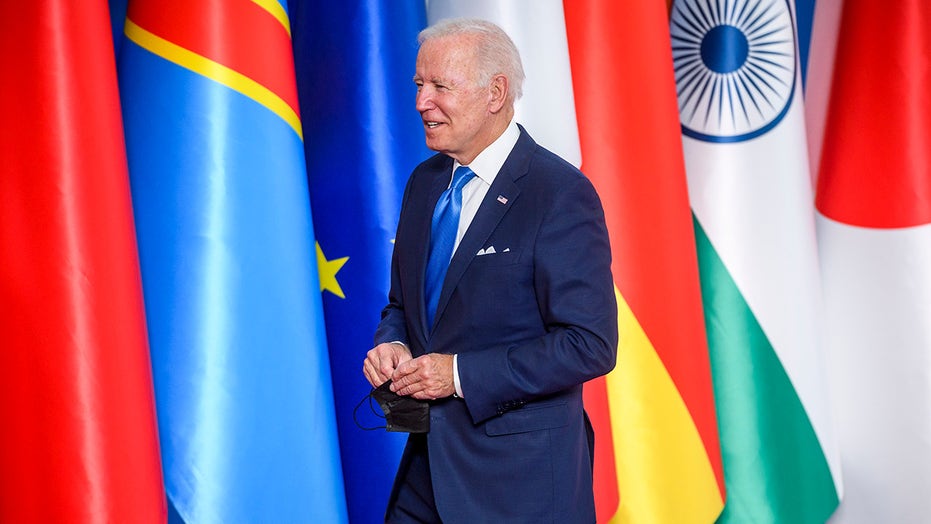 President Biden on Sunday held a press conference in Rome to conclude a two-day meeting with G20 leaders before heading to a United Nations climate summit in Glasgow, Scotland.

The G20 leaders made a vague commitment during their meeting to seek carbon neutrality “by or around mid-century,” which some claimed is not enough to stymie the threats of climate change.

British Prime Minister Boris Johnson said the commitments made by G20 leaders were only “drops in a rapidly warming ocean,” which was a sentiment echoed by U.N. Secretary-General Antonio Guterres, who tweeted, “While I welcome the #G20′s recommitment to global solutions, I leave Rome with my hopes unfulfilled — but at least they are not buried. Onwards to #COP26 in Glasgow.” 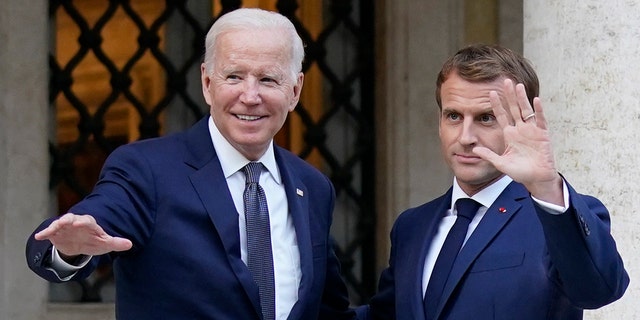 The United States and the European Union set 2050 as their goal to achieve net-zero emissions. China, Russia and Saudi Arabia, whose leaders did not attend the G20 summit in Rome, have set 2060 as the year they hope to achieve the same. China leads the emerging economies whose emissions are increasing along with their economic growth. A driver polishes a window of a car in the motorcade of U.S. President Joe Biden as he waits outside the Chigi Palace in Rome, Friday, Oct. 29, 2021. A Group of 20 summit scheduled for this weekend in Rome is the first in-person gathering of leaders of the world’s biggest economies since the COVID-19 pandemic started.
((AP Photo/Gregorio Borgia))

The G20 leaders also achieved “broad support” for a landmark deal to establish a 15% global minimum corporate tax intended to deter multinational countries from eluding taxes by shifting their profits to low-rate havens where they might do little actual business. 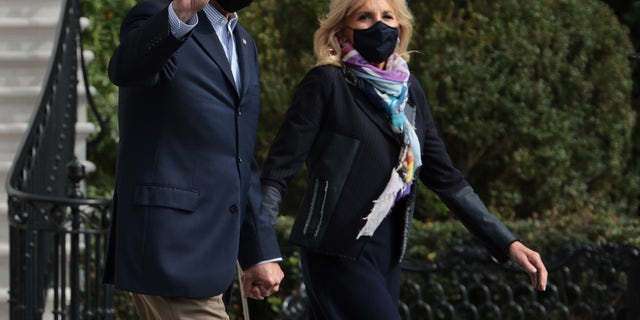 WASHINGTON, DC – OCTOBER 28: U.S. President Joe Biden and first lady Dr. Jill Biden depart the White House on October 28, 2021 in Washington, DC. Biden is traveling to Italy to meet with Pope Francis and attend the G-20 Leaders’ Summit and then to Scotland for the 26th Conference of the Parties to the U.N. Framework Convention on Climate Change (COP26). (Photo by Chip Somodevilla/Getty Images)

From Rome, Biden will go to Scotland for the 26th Conference of the Parties to the U.N. Framework Convention on Climate Change (COP26).

Bitcoin price prediction: Why bitcoin WILL crash again – but BTC to reach $100,000?