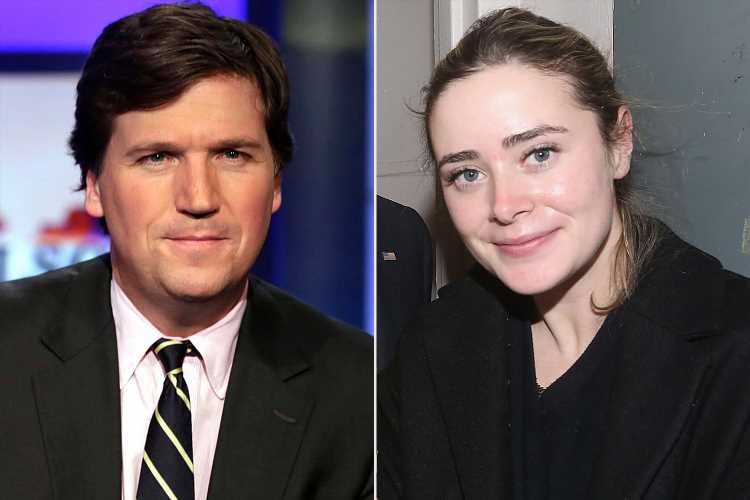 Joe and Jill Biden's granddaughter Naomi Biden had a six-word response to Tucker Carlson after the Fox News host mocked the president and first lady's relationship on Tuesday's episode of his show.

"So it's official: the Bidens' affection is totally real," Carlson said sarcastically during a segment showing photos of the president and first lady being affectionate with one another. "It's in no way part of a slick PR campaign devised by cynical consultants."

Carlson continued, with mock maniacal laughter: "No, not at all. Their love is as real as climate change."

In response, 26-year-old Naomi — the eldest of Biden's son Hunter's children, a recent graduate of Columbia Law School and a regular social media presence defending her family — retweeted a clip of the show and added: "Someone give this man a hug"

The president and first lady, 69, are not shy when it comes to their relationship, a source of support for them both that has weathered its share of scrutiny and tragedy. Biden's first wife, Neilia, and their 13-month-old daughter, Naomi, were killed in a 1972 Christmastime car crash, and his son Beau died of cancer in 2015.

President Biden met his future wife (née Jill Jacobs, then a college student at the University of Delaware) a few years after the deadly '72 wreck, writing in his 2007 memoir, "She gave me back my life. She made me start to think my family might be whole again."

Though Dr. Biden has said she turned down then-Sen. Biden's marriage proposals five times before finally accepting, the couple embarked on an enduring union.

Speaking about their 43-year marriage in their first interview as president and first lady, the Bidens told PEOPLE they've grown stronger as a couple in the spotlight and pressure of public life.

"She has a backbone like a ramrod," the president said of his wife. "Everybody says marriage is 50/50. Well, sometimes you have to be 70/30. Thank God that when I'm really down, she steps in, and when she's really down, I'm able to step in. We've been really supportive of one another."

Dr. Biden, who is continuing her work as a community college professor while her husband is president, echoed those remarks.

"All that we've been through together — the highs, the lows and certainly tragedy and loss — there's that quote that says sometimes you become stronger in the fractured places. That's what we try to achieve," the first lady told PEOPLE.

Earlier this week, the two took an early-morning walk in front of the press to view the Valentine's Day decorations on the White House's North Lawn.

During the tour, President Biden spoke of his "great love affair" with his wife, telling reporters it was important that the American people know "there is hope" amid the COVID-19 pandemic.

Minutes before he was sworn in as the 46th president of the United States in January, he posted a short video clip to Instagram showing a private moment between himself and Dr. Biden in which she reaches for and rubs his hand.

The image was captioned, "I love you, Jilly, and I couldn't be more grateful to have you with me on the journey ahead."

The 10 best places we shop for women's workwear, including our favorite styles from Everlane, J.Crew, and M.M.LaFleur
Technology