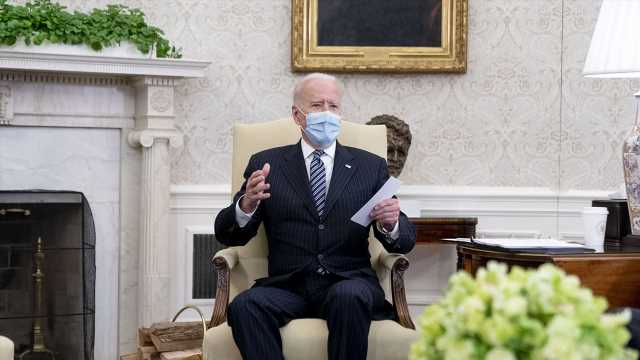 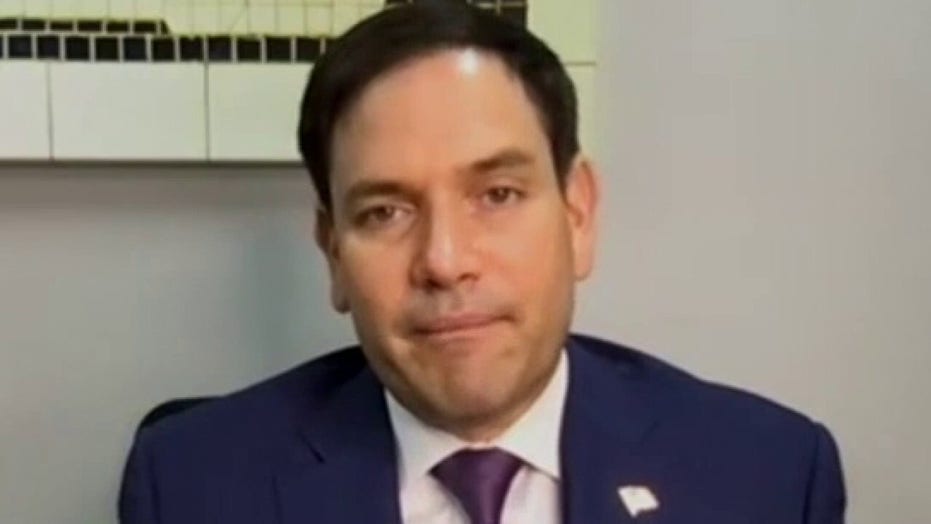 Florida Sen. Marco Rubio claims ‘it’s interesting’ Democrats had no problems working in same room next to each other to impeach former president Donald Trump, but suddenly can’t be in person for Biden joint session address.

EXCLUSIVE: During a press conference on Thursday, President Biden celebrated the 200 millionth COVID-19 vaccine shot administered in the United States. While he was talking shots, he also took one at former President Trump:

“You know, at the pace we were moving when I took office, it would have taken us more than 220 days — almost seven months — seven and a half months — to reach 200 million shots. Instead of marking this milestone in April, we would not have seen it until early September at the earliest.”

But the president’s math doesn’t add up. In fact, even by a conservative estimate, the U.S. was on track to reach 200 million shots administered by the middle of May.

The first COVID-19 vaccine doses were given to healthcare workers on December 14, 2020. President Trump left office 37 days later, on January 20, 2021. Over that period, a total of 21,979,009 doses were administered to people in the United States, according to the Centers for Disease Control and Prevention (CDC).

Even a 152-day estimate is very conservative. The CDC’s Daily Count of Doses Administered chart shows that the daily number of shots given was increasing rapidly before President Biden’s inauguration. For example, between December 20 and January 20, the number of doses administered per day increased six-fold on a seven-day rolling average basis.

President Biden’s claims that it would have taken more than 220 days to reach 200 million shots administered under President Trump, or that the milestone would be reached in early September, are not supported by evidence.

It is not the first time that President Biden has made false claims about the pandemic.

On March 2, the president said in a news conference that when he came into office, “the prior administration had contracted for not nearly enough vaccine to cover adults in America.” But under contracts signed by the Trump administration, the U.S. had already agreed to buy at least 1 billion doses of COVID-19 vaccines, including those still in development. Biden’s statement was rated “mostly false” by Politifact.

And on at least five occasions since January 20, the president has made a “fallacious” comparison between COVID-19 deaths and the number of deaths in recent military conflicts, according to the Washington Post.

Biden’s comments came days before the release of a new Fox News Poll, which shows that the president is enjoying higher approval ratings for his handling of the coronavirus pandemic than any other issue. 58% of voters approve of his response to coronavirus, while he sits below 50% on issues ranging from health care to immigration.

The Biden administration has played an important role in the distribution of COVID-19 vaccines. But the president’s comparison of his to the previous administration’s efforts in developing and delivering this life-saving medicine to the American people does not fit the facts.