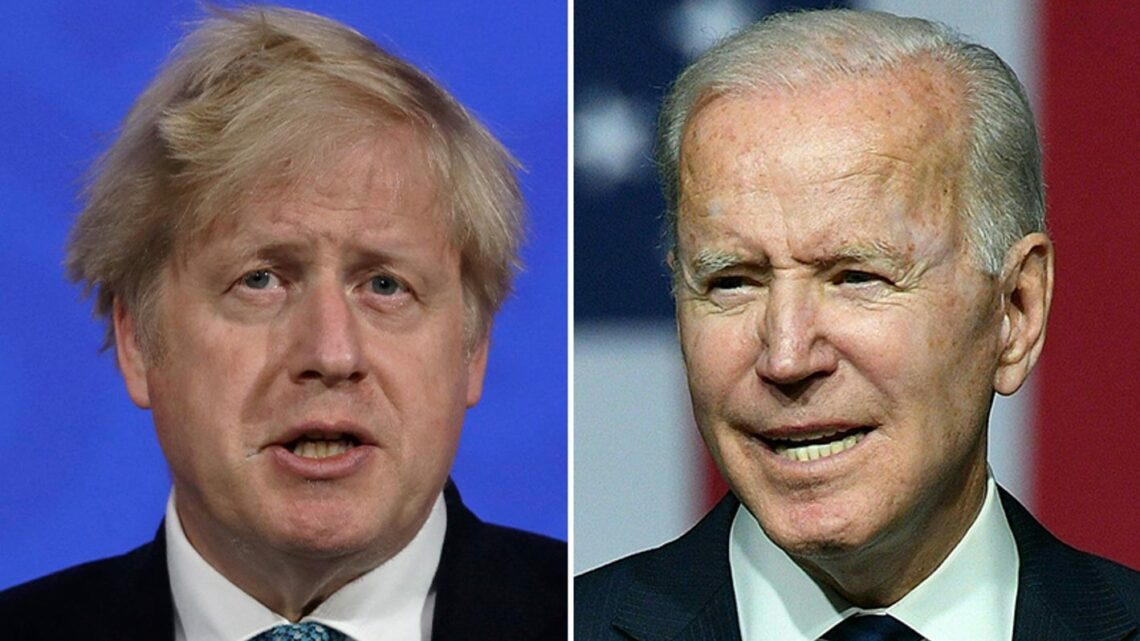 FALMOUTH, England – President Joe Biden and United Kingdom Prime Minister Boris Johnson will discuss ways to loosen COVID-19 travel restrictions between the U.S. and U.K., the British leader’s office said in a statement, as they prepared to hold talks on the eve of the kickoff of the Group of Seven summit in Cornwall, England.

Thursday’s meeting is the first time the two world leaders have met face-to-face since Biden took office. They are expected to launch a new travel task force that will make policy recommendations about safely opening up international travel between the two nations. Prior to the coronavirus outbreak, more than 4.5 million Americans visited the U.K. every year, and over five million British nationals traveled to the U.S. annually.

The creation of the travel task force will be announced as part of a broad “Atlantic Charter” aimed at “tackling the greatest challenges of our time” from global defense to climate change, Johnson’s office said. The charter is modeled on a historic joint statement made by Prime Minister Winston Churchill and President Franklin D. Roosevelt in 1941 setting out their goals for the post-war world.

In their meeting, Biden is expected to press Johnson over how Brexit, the U.K.’s exit from the European Union, could impact the Good Friday Agreement, the peace treaty in Northern Ireland. Northern Ireland remained part of the U.K after Brexit, but Ireland is in the EU and frictionless trade – borderless trade – across the EU political bloc has partially underwritten stability on the Irish border for several decades. Johnson’s government has struggled to come up with an alternative acceptable to the EU and Ireland is an issue that’s close to Biden’s heart because of his family ties to the nation.

Biden’s National Security Adviser Jake Sullivan said in a briefing on Air Force One before the president landed in the U.K. on Wednesday that, “Any steps that imperil or undermine the Good Friday Agreement will not be welcomed by the U.S.”

Sullivan added: “The president (will not) issue threats or (an) ultimatum … (he) has been crystal clear about his rock solid belief in the Good Friday agreement as the foundation for peaceful coexistence in Northern Ireland. The agreement must be protected.”

Johnson has sought to distance himself from former President Donald Trump since Biden took office. But during the Trump administration Johnson stirred controversy among Biden loyalists in Washington by appearing to firmly come down in support of Trump’s populist policies from immigration to his criticisms of the EU.

Vaccines doses for the world

Later, Biden will announce that the U.S. has purchased 500 million doses of Pfizer’s COVID-19 vaccine to donate to 92 low-income countries and the African Union and address other steps to defeat the virus globally.

Biden: U.S. to donate 500 million doses of Pfizer vaccine to the world

The U.S. and other wealthy nations have been under pressure to share their vaccine surplus with the rest of the world. The doses the U.S. is donating will be distributed through the global vaccine alliance known as COVAX, with 200 million to be shared this year and the remaining 300 million to be donated through the first half of 2022.