Biden Bails On COVID-19 Safety Regulation For Most Workers

The White House has decided not to issue an emergency safety standard for COVID-19 that would apply to most workers, bailing on a broad rule that seemed all but certain to be put in place once President Joe Biden took office.

Instead, the administration is moving ahead with a more tailored rule designed with only health care workers in mind. The move is drawing sharp criticism from safety advocates who say the president is abandoning a campaign pledge.

After his inauguration, Biden directed the Occupational Safety and Health Administration, which is part of the Labor Department, to consider developing an enforceable regulation that employers would have to follow to keep workers safe from the virus. The emergency regulation was supposed to be adopted in March if officials found it worthwhile.

But the administration blew past that deadline as the pace of coronavirus vaccinations picked up, putting the idea of a rule in limbo. Then, in May, the Centers for Disease Control and Prevention loosened its guidance on face coverings for the vaccinated, creating potential conflicts with any OSHA rule that would require general workers to wear masks indoors.

Labor Secretary Marty Walsh told Congress at a hearing Wednesday that the final emergency rule will apply to workers in health care settings. Close observers of OSHA had expected the regulation to have different standards for health care workers and general laborers, but the general workforce will be excluded from the final rule.

Walsh said health care workers were at the greatest risk and therefore should be the focus of the rule.

“OSHA has tailored a rule that reflects the reality on the ground, the success of all government vaccination efforts, plus the latest guidance from the CDC on the changing nature of the pandemic,” he said.

Business groups would have resisted a strong, broadly applied OSHA rule since the requirements could raise employers’ costs and result in inspections and fines against those who failed to follow it. States including Virginia and California had already implemented such regulations on their own, but there has been no mandatory federal standard for COVID-19 safety to apply everywhere.

Progressive lawmakers, worker safety advocates and labor unions had made a priority of the regulation and ramped up pressure on the administration in recent weeks after it became stuck in limbo. Despite the encouraging vaccination campaign and falling coronavirus case numbers, these groups said that workers in industries such as groceries and meatpacking were still vulnerable to infection.

Some rebuked the administration Wednesday for excluding most workplaces in the upcoming rule.

Gina Cummings, vice president of the nonprofit Oxfam America, which has advocated for protections for meatpackers, said in a statement that the decision represented “a shameful failure of leadership by an administration that was elected on a platform of standing for the needs of all working people.” 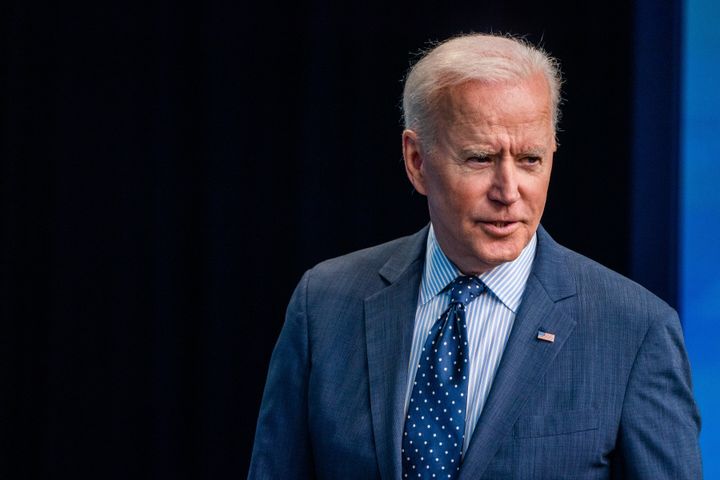 The National Council of Occupational Safety and Health, a network of workplace safety groups, said the new rule would be an important step forward for health care workers but criticized the lack of mandatory protections for others. Jessica Martinez, the group’s co-director, said the White House “missed a crucial opportunity.”

“This is a new insult on top of the injuries, illnesses and deaths suffered by frontline workers and their families,“ Martinez said. “Vaccines have not reached all workers, and COVID-19 is not over.”

Walsh said that OSHA would be updating its safety guidance for workers in industries outside of health care. However, such guidance does not carry the specter of enforcement and fines. The Biden campaign had criticized the Trump administration for not implementing a mandatory rule through OSHA but instead relying on essentially voluntary guidance.

Jordan Barab, an OSHA official during the Barack Obama administration, said Wednesday on Twitter that the announcement from Walsh was a “disappointment.” He said OSHA should enforce CDC guidelines on employers in all industries.

“Voluntary guidelines are not enough,” he said.

A HuffPost Guide To Coronavirus