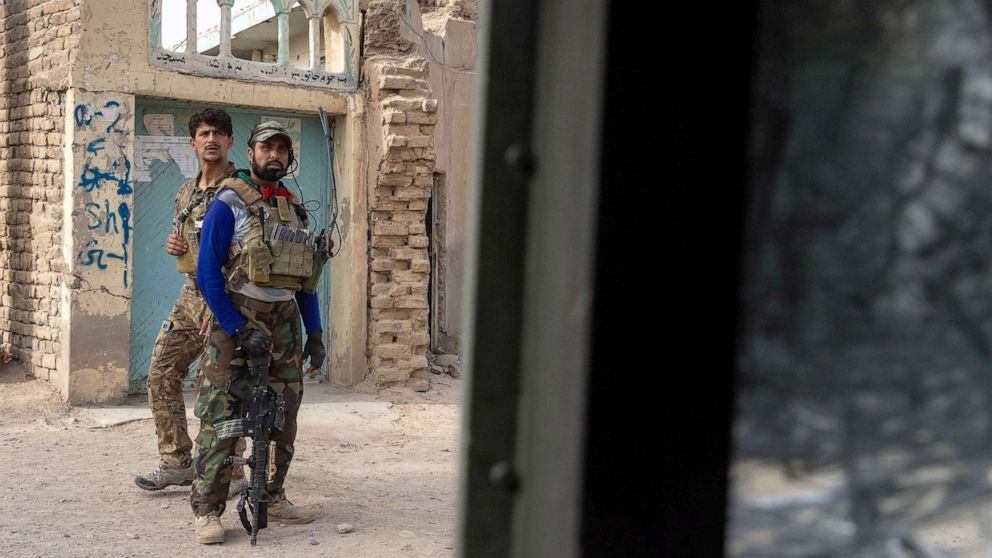 The Biden administration will begin evacuation flights in late July for Afghans who have aided the U.S. military and diplomatic missions, according to a senior administration official.

President Joe Biden earlier this month said all U.S. combat forces will be out of Afghanistan by Aug. 31 and defended his decision to leave the country in the face of Taliban gains in the area.

The top U.S. general in Afghanistan, Scott Miller, returned from Afghanistan to Joint Base Andrews on Wednesday after he handed over his command at a ceremony in Kabul on Monday.

The evacuation effort, dubbed Operation Allies Refuge, will relocate Afghans who have applied for a U.S. Special Immigrant Visa and their families to a safe third country, but it is still unclear how many of these translators, guides and other contractors will be moved and to where exactly.

The administration also has not specified when flights will depart, citing security concerns, but the senior administration official told ABC News that they will meet Biden’s commitment to begin flights by late July.

“Our message to those women and men is clear: There is a home for you in the United States if you so choose, and we will stand with you just as you stood with us,” Biden said in an address on Afghanistan on Thursday.

Earlier this month, a U.S. official told ABC News that Kazakhstan, Uzbekistan and Tajikistan — Afghanistan’s neighbors to the north — have all been under consideration, while a second official said the list includes the United Arab Emirates and Qatar, both of which are home to U.S. military facilities where Afghans could be brought.

This week, the president’s Homeland Security Adviser Dr. Elizabeth Sherwood-Randall and Special Representative for Afghanistan Zalmay Khalilzad are leading a delegation to Uzbekistan to discuss security and economic development opportunities for Afghanistan and other countries in the region, the White House announced Wednesday.

There are approximately 18,000 Afghans who have applied for Special Immigrant Visas, with many of them now fearing for their lives as the Taliban gain more districts in a summer offensive against the Afghan government. Within that group, 9,000 still have to complete their applications while the other half are having their cases adjudicated now, according to a State Department spokesperson.

Roll the tape: Republicans release video of all the times Democrats wanted to 'defund the police'