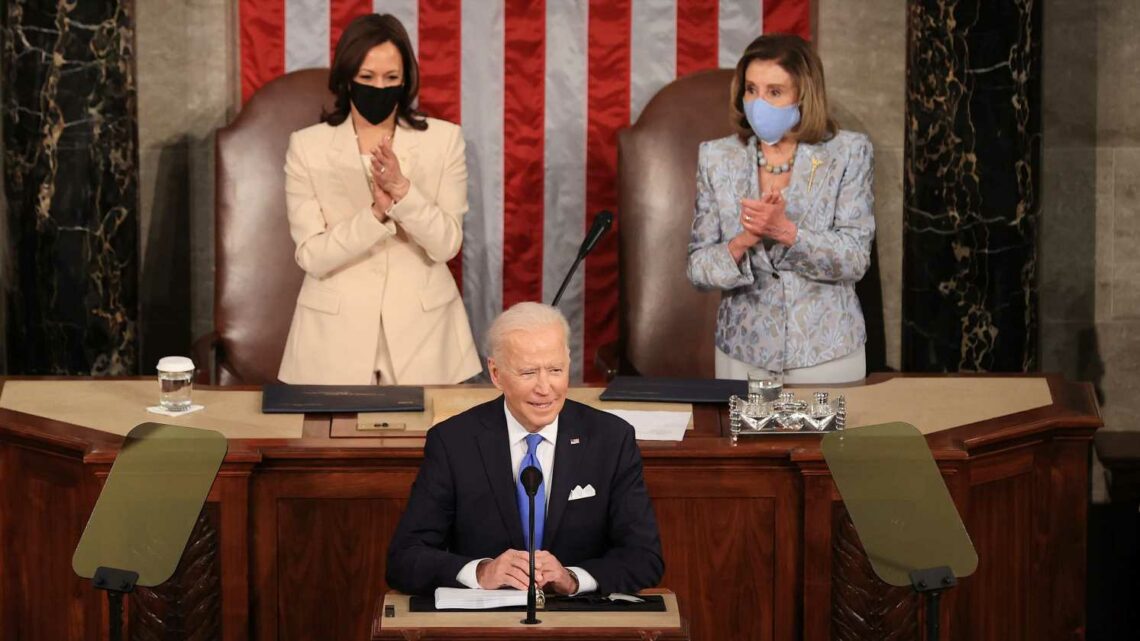 President Joe Biden started his speech before a joint session of Congress, saying, “Tonight, I come to talk about crisis and opportunity.”

“While the setting tonight is familiar, this gathering is just a little bit different – a reminder of the extraordinary ties we are in,” he said, referring to the reduced crowd in attendance because of the pandemic.

When he entered office 100 days ago, he said he inherited the worst pandemic in a century, an economic crisis and “the worst attack on our democracy since the Civil War.”

“Now, after just 100 days, I can report to the nation: America is on the move again.”

‘It’s about time’: Biden praises Harris, Pelosi ahead of speech

“Madam Speaker, Madam Vice President,” Biden said at the outset of his speech. “No president has ever said those words from this podium and it’s about time,” Biden declared to applause from lawmakers. 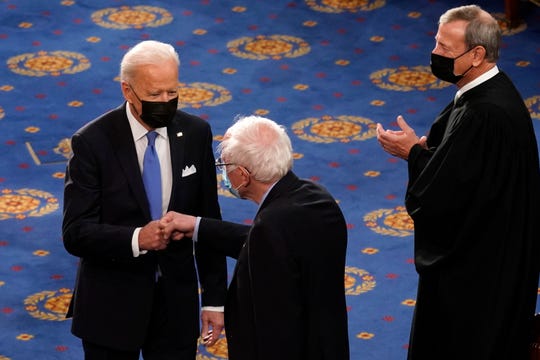 After winding his way through the socially distanced audience, President Joe Biden took his place at the podium.

Biden sat through eight joint addresses as vice president and many more during his 36 years in the Senate.

Tonight, he was the one greeted with applause as House Speaker Nancy Pelosi, D-Calif., said she had the high privilege and distinct honor of presenting the president of the United States.

President Joe Biden entered the House chamber for his address to a joint session of Congress Wednesday. Biden waded his way through the socially distanced crowd.

House Speaker Nancy Pelosi, D-Calif., called the House to order just as Vice President Kamala Harris entered the chamber. Harris and Pelosi made their way through the crowd as lawmakers organized themselves ahead of the president’s speech.

The two lawmakers will sit behind the president during his address to Congress, the first time two women will be seated together at the dais during a presidential address.

Among the issues President Joe Biden will raise during his address to a joint session of Congress is the need to act on gun violence prevention legislation, according to a White House official.

The president is expected to repeat his calls for Congress to pass two House bills that strengthen background checks for gun buyers and reinstate a ban on assault weapons and high capacity magazines – a measure he helped pass as a senator in 1994.

The comments come weeks after Biden declared gun violence an “epidemic and an international embarrassment” as he announced six executive actions that cracked down on the use of so-called ghost guns, or untraceable weapons that can be constructed from parts purchased online.

Though none of what Biden will say is new, gun safety advocates say his decision to discuss gun safety in his first joint address signals to Congress that it has a responsibility to break the political stalemate and that gun violence prevention remains a top priority in the White House. 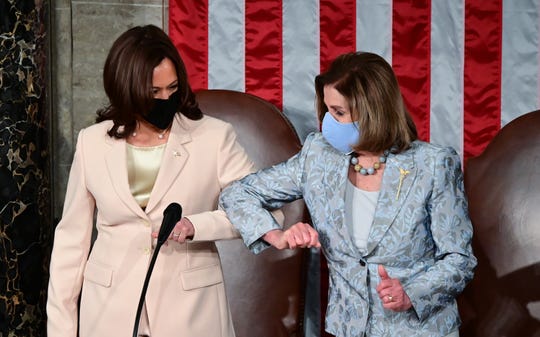 COVID-19 restrictions are preventing Joe Biden from getting a packed House tonight for his address to a joint session of Congress, but he will get a robust escort into the chamber.

Twenty-four lawmakers – 12 senators and 12 House members evenly split between the two parties –have been designated as members of the president’s escort committee.

House Speaker Nancy Pelosi is not part of the escort because she will be on the dais welcoming the president into the chamber.