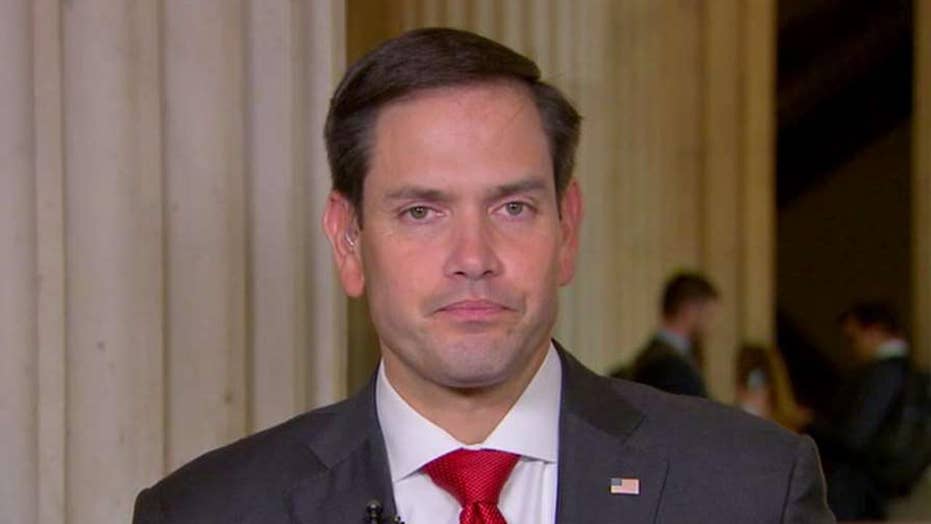 Rubio: Economic investment in our future has declined

As China rises as an economic superpower and U.S. rival, America must take a cue and reinvest in its own future by focusing on its workers, "reimagining" its higher education system and making wise trade policy decisions, said Sen. Marco Rubio.

"The free-enterprise system works when companies and innovators make a profit and obviously stay in business but they also reinvest some of that profit back into the business to innovate a new project or expand it into a new market," Rubio, R-Fla., said Friday on "Tucker Carlson Tonight."

"That's not what's been happening in the United States," Rubio said.

Carlson agreed that China is "rapidly rising as an economic superpower that rivals the United States," partially through "extensive investment in their own country."

Rubio said China is "directly" reinvesting in its economy, through its policies on competition, intellectual property and "discriminat[ing] against our companies."

"When you extrapolate this out long term, we have a big problem on our hands," Rubio said.

Rubio said that a common misconception in the U.S. is that there is something "evil or wrong" about returning profits to shareholders.

However, he warned that sometimes, that type of system can leave the workers at a disadvantage. "Then, companies have no incentive, frankly, to continue to invest in the future. Their workers become a line on their budget," Rubio said.

"We have to look at ourselves. We have made policy decisions that have exacerbated this," he said, adding that it is also prudent to look at regulations and "things that increase the cost of work here."

Regarding trade, Rubio said that some Americans are "taking China's side" on an issue because "it's Trump's idea."

"Let me tell you, there is catastrophic pain in the long term if we don't get this right," he said.