Former independent counsel Ken Starr weighs in on how Senate hearings for Judge Barrett could play out.

Supreme Court nominee Judge Amy Coney Barrett’s questionnaire answers, outlining her resume, her past work and the type of justice she would be if confirmed to the high court, was released by the Senate Judiciary Committee Tuesday night.

"The response comprises over 1,800 pages of documentation, including over 150 speeches and writings, for both academic and popular audiences, and identifying nearly 100 opinions she has written and over 800 appeals in which she has participated," Chairman Lindsey Graham, R-S.C., said Tuesday

The questionnaire, which spanned 65 pages and was issued by the Senate Judiciary Committee, asked Barrett to reveal whether anyone involved in her nomination process at the White House or in the Senate had discussed with her any pending or specific cases, legal issues, or questions that could "reasonably be interpreted as seeking any express or implied assurances concerning your position in such a case, issue or question."

She also was asked if she made "any representations to any individuals as to how you might rule as a justice if confirmed," to which she responded: "No."

The questionnaire detailed her education, studying at Rhodes College undergraduate and completing her law degree at Notre Dame, and her career.

Barrett was asked to detail some of the most “significant” cases where she sat, including Kanter v. Barr.

“Rickey Kanter challenged application of federal and state felon dispossession laws to prevent him — a non-violent offender — from owning a firearm, arguing that these laws violated his second amendment rights,” Barrett wrote. “He had previously been convicted of mail fraud for selling therapeutic shoe inserts while misrepresenting them as Medicare approved.”

A panel of 7th Circuit judges ruled that the application of statutes was substantially related to the government's objective to prevent gun violence, she wrote.

Barrett said that she looked to the “Founding-era history” and “explained that legislatures have the power to prohibit dangerous people from possessing guns, but that power extends only to people who are dangerous, not to nonviolent felons like Mr. Kanter.”

Barrett also detailed her decision on Cook County v. Wolf, where a county and a non-profit organization challenged a rule issued by the Department of Homeland Security to enforce the statutory bar on green cards for those who are likely to become a “public charge.” 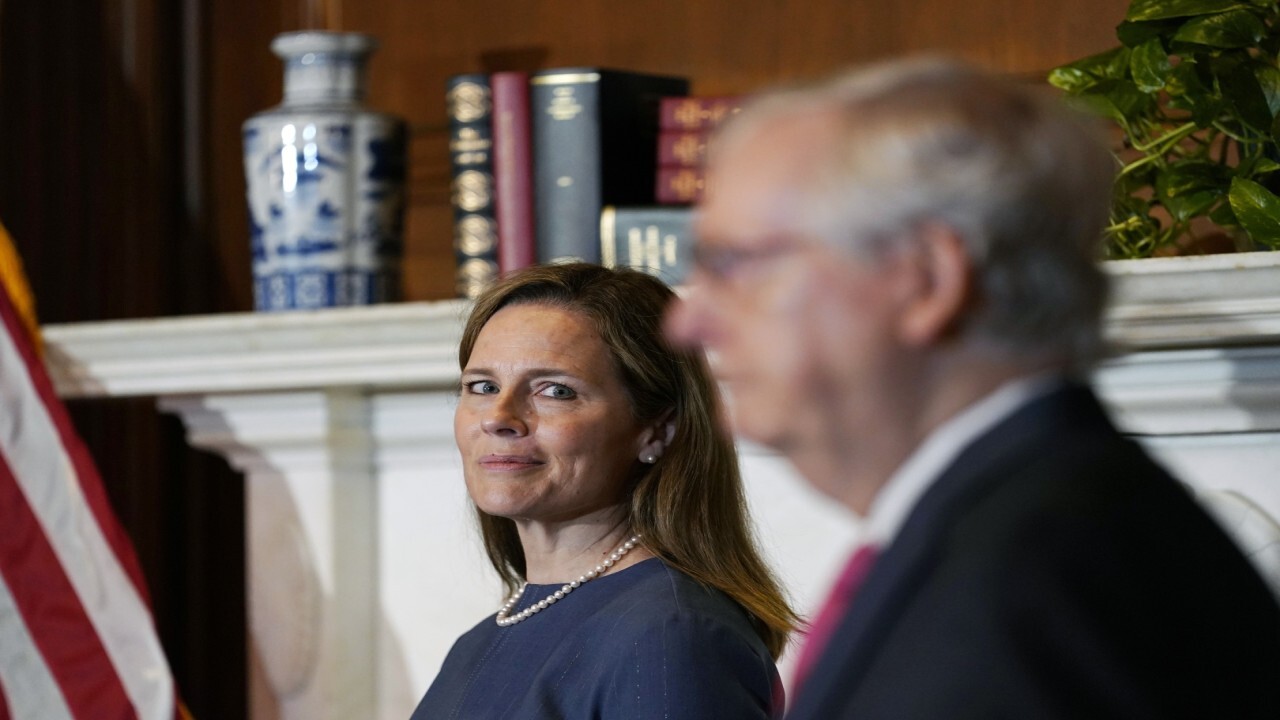 Barrett wrote that “the rule defined a 'public charge’ as any noncitizen (with some exceptions) who receives certain cash and other government benefits for more than 12 months in a 36 month period.

“The majority thought that this interpretation was unreasonable and it affirmed a preliminary injunction of the rule, even though the supreme court had previously stayed that injunction,” she wrote. “I dissented.”

The plaintiffs could not show that "public charge" refers narrowly to someone who is primarily and permanently dependant on government assistance, she wrote.

“Instead the term ‘public charge’ is a capacious term, and the rule is a reasonable interpretation of the leeway that Congress gave the agency," Coney Barrett wrote.

In another section of the questionnaire, Barrett was asked whether she had ever recused herself from a case. Barrett described one instance, and wrote that it “was because Notre Dame students were presenting oral arguments.

She added that she would also recuse herself in cases in which Notre Dame University or affiliated entities, like the Notre Dame Law School, were a party.

“Finally, I would also recuse myself from matters in which I participated while a judge on the court of appeals,” she wrote.

The questionnaire required Barrett to explain how she would “resolve any conflict of interest.”

“If confirmed, I would resolve any conflict of interest by looking to the Code of Conduct for United States Judges (although it is not formally binding on members of the Supreme Court of the United States); the Ethics Reform Act of 1989, 28 U.S.C. 455 and other relevant,” she wrote. “I would also seek guidance from judicial ethics officials to structure my limited financial investments to minimize the potential for conflicts.”

Meanwhile, the questionnaire asked that she detail any pro bono work, citing the American Bar Association’s Code of professional responsibility, which, according to the questionnaire, calls for “every lawyer, regardless of prominence” to serve the disadvantaged.

"My present position as a federal judge does not permit me to undertake traditional pro bono legal work,” she wrote, but she added “service is a priority for my family."

“We regularly participate in food and clothing drives for a shelter for homeless veterans, a day center for struggling women, and our parish’s sister school in Haiti," she explained. "We always participate in Angel Tree drives, and we have served at a local soup kitchen.”

She added that as a professor, she made it “a priority to help students in need, students with disabilities, and first-generation law students find their home at Notre Dame.”

While working in private practice, she participated in pro bono work, she said.

Graham has signaled that Barrett's confirmation hearing will be held Oct. 12.

Senate Democrats have objected to a confirmation so close to the election, citing McConnell’s refusal to consider then-President Barack Obama’s nominee Merrick Garland in 2016.

McConnell, though, has said that it is a different situation as the White House and the Senate are held by the same party.

Republicans appear to have the votes to move forward and confirm Barrett. They have 53 votes in the Senate and can therefore afford three defections if no Democrat votes for Coney Barre In that instance, Vice President Mike Pence would be called in to break a tie.

So far, only Sens. Lisa Murkowski, R-Alaska, and Susan Collins, R-Maine, have indicated they oppose moving forward with a confirmation before the election. And Murkowski has since suggested she still may vote for the nominee.

Meanwhile, White House spokesman Judd Deere said that Barrett met with McConnell and Graham, as well as other Republican senators on Capitol Hill Tuesday as part of the confirmation process.