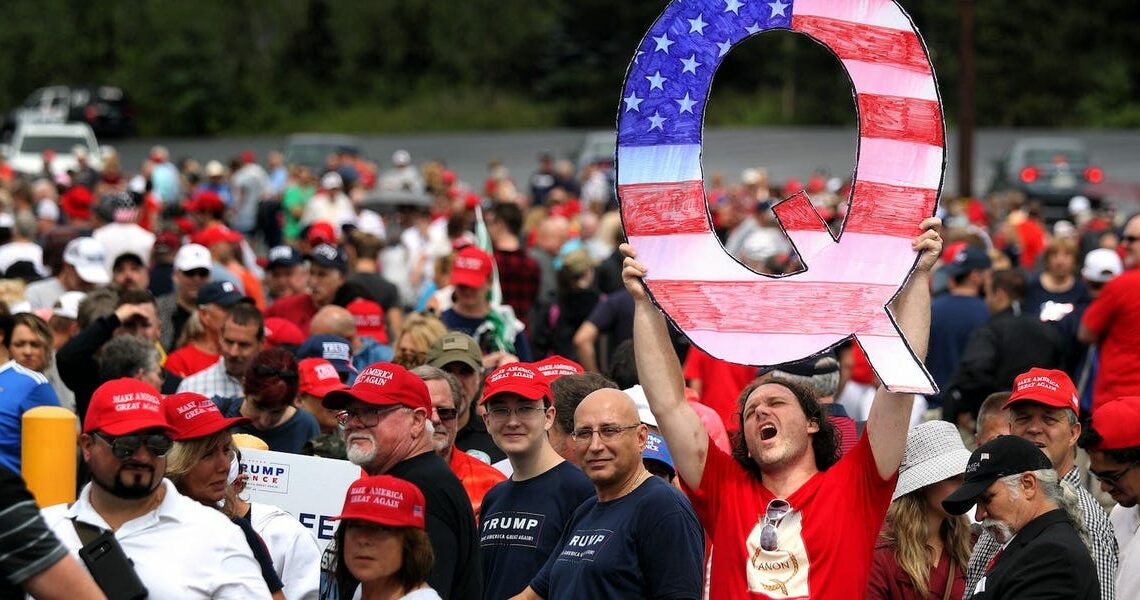 Almost a quarter of Republicans believe Satan-worshiping pedophiles control the US government, media, and financial sector

Nearly a quarter of Republicans say they believe that the US government, media, and financial sector are controlled by a group of Satan-worshipping pedophiles who run a global child sex trafficking operation, according to new polling from the non-partisan Public Religion Research Institute.

This belief is a core tenet of the far-right QAnon conspiracy theory, which continues to dominate far-right thinking months after former President Donald Trump left office. An even larger share of Republicans — 28% — believe in two other tenets of QAnon: that a coming “storm” will oust powerful elites and restore the country’s rightful leaders, and that “patriots” may have to use violence to save the US.

Overall, between 15 and 20% of Americans say they completely or mostly agree with the three tenets of QAnon. The polling found that a host of factors, including political orientation, news consumption, religious beliefs, and socioeconomic and demographic profile, correlate with belief in the conspiracy theory. Republicans are significantly more likely than Independents and Democrats to believe in QAnon.

Right-wing news consumption is the strongest predictor of belief in QAnon. Those who say they trust far-right media the most are nearly nine times more likely to believe in QAnon than those who most trust broadcast networks including ABC, CBS, and NBC.

QAnon believers are also much more likely than other Americans to believe in various other conspiracy theories. Nearly three-quarters of QAnon believers also believe that the 2020 presidential election was stolen from Trump.

Overall, 29% of Americans believe Trump’s lie that the election was stolen.

The PRRI poll surveyed 5,625 adults in all 50 states between March 8 and 30 and has a margin of error of plus or minus 1.5 percentage points.

PayPal users will be able to withdraw crypto to external wallets