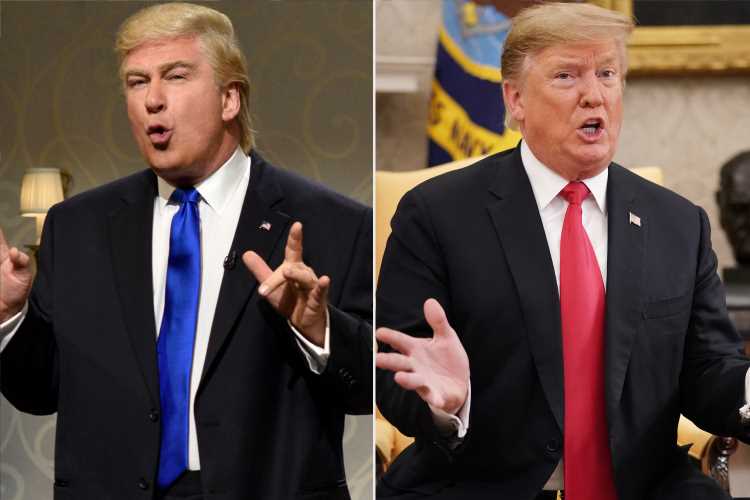 Alec Baldwin is bringing back his Donald Trump impression from Saturday Night Live — for about a minute, at least — to deliver his version of the former president's nonexistent concession speech.

During the actor's recent appearance on the Better Together with Anne and Heather podcast, co-hosts Anne Heche and Heather Duffy Boylston asked Baldwin if he would get back into his SNL character to concede the election in the speech that "America deserves to hear."

Trump infamously refused, for months, to admit that he lost the 2020 presidential election to Joe Biden. He has only referred to Biden in passing terms as a "new administration," and he did not attend Biden's inauguration or invite Biden to the White House.

Appearing on Better Together on Thursday, Baldwin put on his SNL Trump voice to imagine what Trump might say. (Exclusive video of the podcast episode is above.)

"I think that if he gave a concession speech, it would be — 'I didn't lose, everybody knows, we all know that. I didn't lose,' " Baldwin began.

"But this only creates another opportunity for me to come back and conquer again and make America [great]," he continued, talking like Trump.

"Joe Biden, sleepy Joe, creepy Joe, grabby Joe, is going to bring this country down into the cesspool again. He's gonna fill up the swamp and I'll ride in again and save America and make America great again. In the meantime, hasta la vista America," Baldwin-as-Trump concluded.

This isn't the first time Baldwin, 62, has imagined Trump (kind of) admitting defeat.

Hours after Biden and Kamala Harris were declared the winners of the 2020 presidential election on Nov. 7, Baldwin appeared on SNL as Trump to deliver a mock concession speech. "They're trying to steal the election away from me," he said before yelling, "Stop the count!" That is until he was told he was behind in votes, then he began to chant, "Count every vote."

And in an effort to "remind" the American people who he really was, Baldwin's Trump sat down at a piano and sang his version of "Macho Man."

Prior to the episode's cold open, Baldwin celebrated Biden and Harris' victory on Twitter.

"What a remarkable thing it is to see and hear the City of NY, my home for over 40 years, come alive again. So, so, so much joy here," he wrote.

"I don't believe I've ever been this overjoyed to lose a job before!" Baldwin joked.

Better Together with Anne and Heather airs every Thursday.