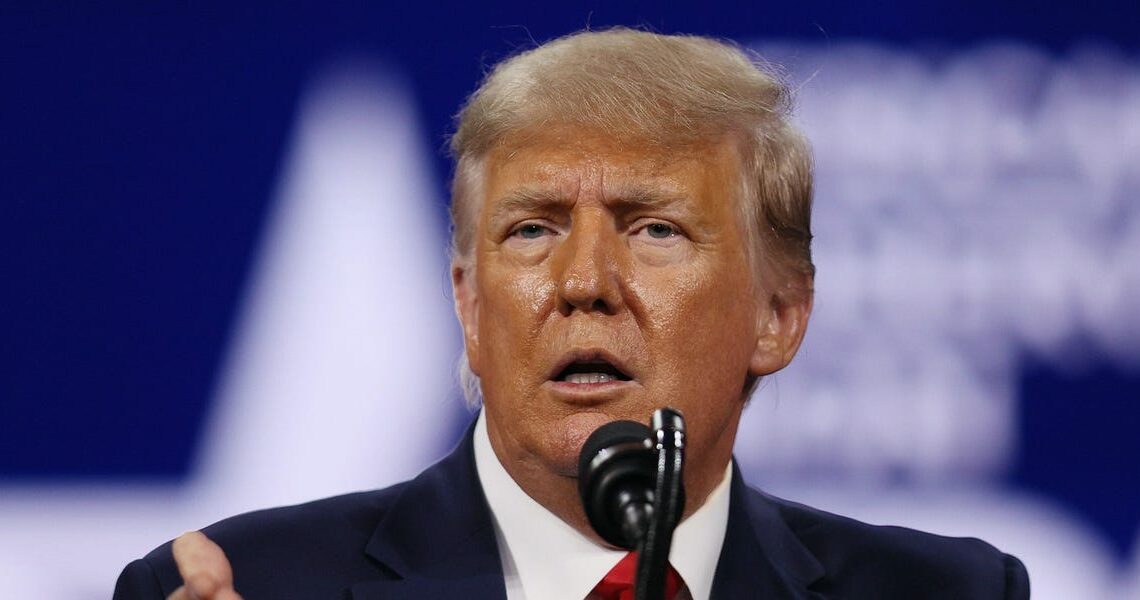 Ahead of North Carolina GOP convention, people close to Trump are hoping he doesn't talk about a bogus theory he could be 'reinstated' as president in August

Ahead of Donald Trump’s speech at the North Carolina Republican Party’s annual convention, people close to the former president are asking him not to publicly mention the idea of being reinstated, The Daily Beast reported.

Three sources familiar with the conversations told the outlet that advisers have been calling the former president after New York Times reporter Maggie Haberman said Trump has been telling people “he expects he will get reinstated by August.”

Trump is scheduled to deliver a speech Saturday night at the GOP convention in Greenville.

“I conveyed something [to Trump] to the effect of, ‘It would be a terrible idea to even say the word, ‘August’ [at Saturday’s event],'” a person who is in contact with Trump told The Daily Beast.

The allies have reportedly been walking a tight line on how to convey this message to Trump, with some worried that if they are too forceful about getting the president to drop the idea, he might instead hammer down on it.

Advisers are telling Trump that if he suggests he could be reinstated during President Joe Biden’s term, it could be used against him, and to only bring it up if he plans to dismiss it. Sources told The Daily Beast they are encouraging him to focus on the midterm elections and the 2024 presidential election instead.

The conspiracy theory has been bubbling up in fringe conservative media for several months. It gained traction when MyPillow CEO Mike Lindell, a staunch Trump ally, said he agreed with the claim. However, there is no constitutional support or legitimate legal framework to support the idea, Insider’s Jake Lahut reported.

Sources told The Daily Beast Trump believes reinstatement would be possible when evidence of mass voter fraud is revealed. However, there is currently no evidence to support the claims of widespread fraud in the 2020 election.