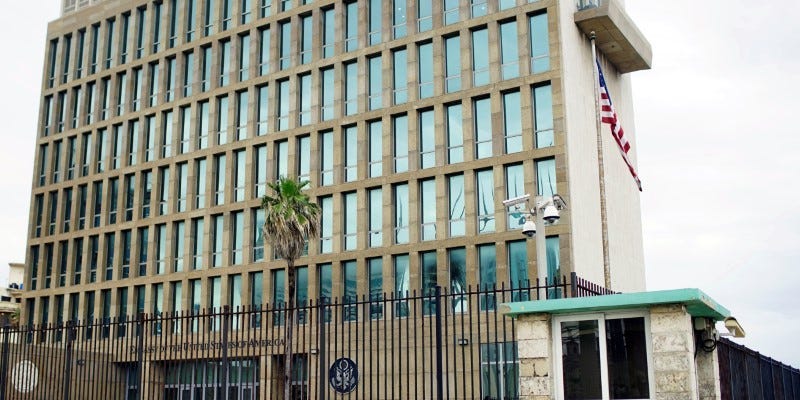 A group of bipartisan senators have introduced a bill that would help support US public servants who experienced brain injuries from directed-energy attacks in Cuba and China in cases known as “Havana Syndrome.”

Last year, two White House officials fell ill, prompting an investigation into who or what is causing the symptoms of the mysterious illness. According to CNN, the afflicted suffered a headache and sleeplessness for weeks. The second case was severe and required the official to seek immediate medical treatment after the illness was brought on while the official was walking through the White House gate, the outlet reported.

The strange medical incidents were first reported among embassy staff in Cuba in 2016, giving name to the mysterious medical condition.

Since then, more than 130 incidents of the syndrome have been reported by US spies, diplomats, and defense officials, according to the Guardian. Though officials say publicity surrounding the syndrome may have resulted in some unrelated conditions being conflated with the supposed ailment.

If passed, the bill would allow the CIA Director and the Secretary of State to give compensation to people injured by Havana Syndrome. The legislation would also require both the CIA and State Department to create regulations detailing equitable criteria for payment.

The two agencies would also be required to report to Congress on how the authority is being used and if additional action was necessary.

“It’s unacceptable that American public servants and their families have suffered alone for years with these mysterious brain injuries, without full transparency or guarantee of treatment. Our personnel deserve better,” Shaheen said in a press release. “That’s why I’ve been sounding the alarm to get to the bottom of these attacks and provide critical support to those who’ve fallen victim to these attacks.”

The Biden administration is currently conducting a “full review” of incidents White House press secretary Jen Psaki said earlier this month that the “vast majority” of cases have happened overseas, though there have been episodes in the US as well.

Bitcoin Is Falling, and It's Taking Coinbase With It