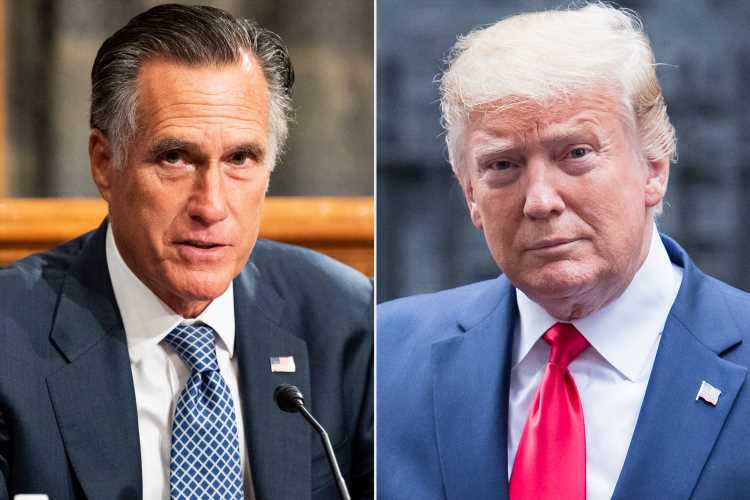 Seven Republicans joined the Democrats in voting to convict Donald Trump at his impeachment trial, but the final vote of 57-43 fell short and the former president was acquitted for the second time.

Trump was charged with inciting an insurrection in January after a mob of his supporters stormed the U.S. Capitol during a joint session of Congress and five people died. The charges made him the only U.S. president to have been impeached twice.

Conviction against Trump required 67 votes, a two-thirds majority of the Senate.

"President Trump incited the insurrection against Congress by using the power of his office to summon his supporters to Washington on January 6th and urging them to march on the Capitol during the counting of electoral votes," Romney said in a statement following the vote. "He did this despite the obvious and well known threats of violence that day. President Trump also violated his oath of office by failing to protect the Capitol, the Vice President, and others in the Capitol. Each and every one of these conclusions compels me to support conviction." In his own statement, Sasse said Congress would show itself to be "weak and timid" if Trump was not convicted. "This institution needs to respect itself enough to tell the executive that some lines cannot be crossed," he said.

"On election night 2014, I promised Nebraskans I'd always vote my conscience even if it was against the partisan stream," Sasse continued. "In my first speech here in the Senate in November 2015, I promised to speak out when a president – even of my own party – exceeds his or her powers. I cannot go back on my word, and Congress cannot lower our standards on such a grave matter, simply because it is politically convenient. I must vote to convict."

In a separate statement, Burr called the Jan. 6 riots a "grim day in our nation's history and said Trump "bears responsibility" for the day's events.

"I do not make this decision lightly, but I believe it is necessary," he said of voting to convict. "By what he did and by what he did not do, President Trump violated his oath of office to preserve, protect, and defend the Constitution of the United States. My hope is that with today's vote America can begin to move forward and focus on the critical issues facing our country today."

In a video statement, Cassidy said, "Our constitution and our country is more important than any one person," adding, "I voted to convict President Trump because he is guilty."

After Trump's acquittal, Senate Majority Leader Chuck Schumer said the a verdict of guilty "was only one correct verdict."

"This trial was about the final acts of a president who represents the very antithesis of our first president and sought to place one man before the entire country, himself," he said. Let the record show, let the record show before God, history and the solemn oath we swear to the Constitution that there was only one correct verdict in this trial: guilty."

Speaker Nancy Pelosi released a lengthy statement, in which she said, "Donald Trump's incitement of insurrection against our Democracy put Senators, Members of Congress, staff and heroic law enforcement officers in mortal danger. It is the most grievous constitutional crime ever committed by a president and is clearly deserving of conviction. A President must be held accountable from their first day in office until their last day in office," later adding, "Tragically, Senate Republicans who voted not to convict chose to abandon the Constitution, the Country and the American people with this vote. Thank God for the judges and Republican elected officials across the country who pushed back against Donald Trump's attempted overturning of our election which fueled the insurrection."

Minority Leader Mitch McConnell voted to acquit Trump but still said there is "no question" that Trump is "practically and morally responsible for provoking" the attack on the U.S. Capitol.

"The people who stormed this building believed they were acting on the wishes and instructions of their president," McConnell said after the vote.

Jamaal Bowman took pay from his campaign after promising not to: FEC records
Technology