Nearly two-thirds of House Democrats signed a letter sent to President Joe Biden on Wednesday demanding that he call for a cease-fire between the Israeli government and the Palestinian militant group Hamas, joining a growing number of lawmakers publicly urging an end to the ongoing violence that has led to a growing number of civilian deaths, including children.

Rep. David Price (D-N.C.) was the lead signer of the letter, which was co-signed by 137 other House Democrats, including Gerald Connolly (Va.), Jan Schakowsky (Ill.), Peter Welch (Vt.), Barbara Lee (Calif.), Alan Lowenthal (Calif.), Lloyd Doggett (Texas), Ro Khanna (Calif.) and John Yarmuth (Ky.). The lawmakers called on the Biden administration to “facilitate the immediate cessation of violence and to press both sides to quickly negotiate a ceasefire.”

“The alternative is an unfolding human tragedy of unimaginable dimensions. Too many people have already died. More will unnecessarily perish if America does not act with the immediacy this violence demands,” the letter said. “The issues underlying the Israeli-Palestinian conflict, many of them deferred for far too long, also demand attention, but a ceasefire comes first.”

A longtime defender of the Israeli government, Biden has been under increasing pressure from Congress, Muslim advocacy organizations and human rights groups to publicly call for a cease-fire between Israel and Hamas. The president has stayed mum since the fighting began ― except to speak out in defense of Israel’s attacks ― leading lawmakers and organizations to make their own demands to end the violence and recognize the disproportionate death toll among Palestinians.

The letter on Wednesday came after progressive Democrats testified on the House floor about the atrocities in Gaza and after a bipartisan group of 29 senators called for a cease-fire. Senate Majority Leader Chuck Schumer (D-N.Y.) released a statement Monday making the same demand, and House Speaker Nancy Pelosi (D-Calif.) joined in on Tuesday. 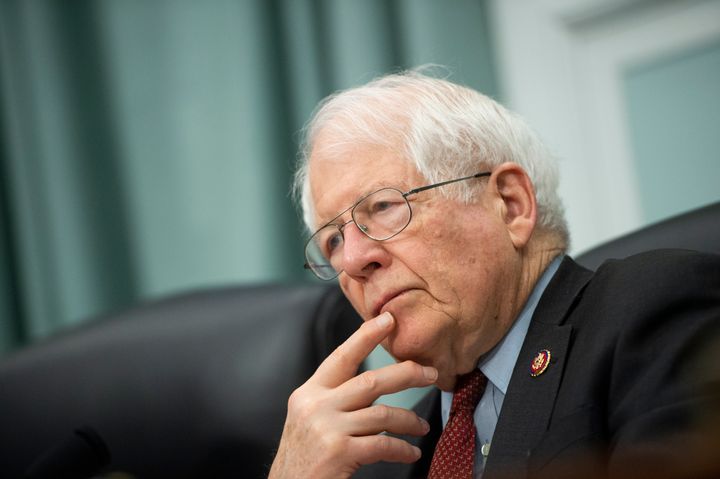 The White House said Wednesday that Biden had a fourth call with Israeli Prime Minister Benjamin Netanyahu in which he said he “expected a significant de-escalation today on the path to a cease-fire.” But Netanyahu said after the phone call that he was “determined” to continue bombing Gaza until Israel’s “aim is met,” marking the first public rift between the longtime allies since fighting began over a week ago.

Biden’s statement ― which came on the 10th day of the escalating violence ― is a higher level of pressure than on Monday, when he told Netanyahu that he would support a cease-fire should there be one between Hamas and the Israeli government ― but he stopped short of actually calling for one.

“We understand that on Monday, in your third call over six days with Israeli Prime Minister Benjamin Netanyahu, you expressed support for a ceasefire,” the letter on Wednesday said. “We appreciate this statement and the work you are doing behind the scenes to de-escalate tensions, but we strenuously urge your Administration, at the highest levels, to boldly lead and take decisive action to end the violence.” 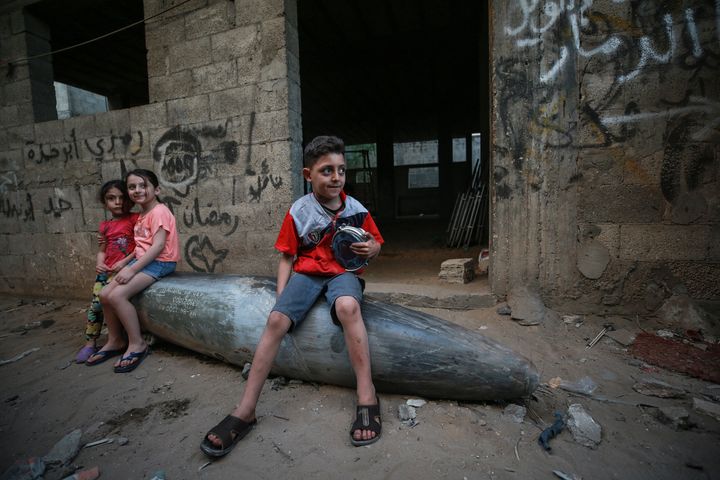 The U.S. has continued to block the U.N. Security Council from issuing a joint statement urging an end to the violence, telling diplomats that a joint public statement would not help ease the tensions. Israel’s airstrikes into Gaza have killed at least 227 Palestinians, including 64 children, according to the Gaza Health Ministry. Hamas’s rockets into Israel ― most of which are intercepted by the government’s “Iron Dome” missile defense system ― have killed 12 people, including two children. About 58,000 Palestinians have fled their homes, according to The Associated Press.

The escalating demands for the president to have a more aggressive response comes as his administration has approved a $735 million sale of weapons to Israel, raising concerns among lawmakers who have been critical of the U.S. aiding the Israeli military. The U.S. already sends $3.8 billion in annual military assistance, which is used to purchase U.S. weaponry, some of which has been used by Israel in airstrikes on Gaza while others, such as rifles and tear gas, have been used by Israeli soldiers in the occupied West Bank.

Several of the progressive lawmakers specifically calling out Israel’s deadly attacks on Palestinian civilians are preparing to introduce a resolution of disapproval that would block the weapon sale, according to an early draft of the legislation obtained by Jewish Currents. The resolution, reportedly to be introduced by Democratic Reps. Alexandria Ocasio-Cortez (N.Y.), Rashida Tlaib (Mich.) and Mark Pocan (Wis.), would halt the planned transfer of Joint Direct Attack Munitions (JDAMs) and of Small Diameter Bombs.

Both weapons are outfitted with special precision-guided systems and have been used by the Israeli military in its current attack on Palestinians in Gaza, according to Al Jazeera. House Foreign Affairs chair Gregory Meeks (D-N.Y.) said Monday that he would delay the sale but reversed his decision on Tuesday after the Biden administration agreed to speak with the committee.

“The harsh truth is that these weapons are being sold by the United States to Israel with the clear understanding that the vast majority of them will be used to bomb Gaza,” Tlaib, the only Palestinian American congresswoman, said in a statement to Jewish Currents. The Michigan Democrat directly confronted the president about the issue on Tuesday, when he arrived in her state to speak to auto manufacturers.

“Approving this sale now, while failing to even try to use it as leverage for a cease-fire, sends a clear message to the world ― the U.S. is not interested in peace and does not care about the human rights and lives of Palestinians,” she said. “You cannot claim to support human rights and peace on Earth and continue to back the extremist Netanyahu regime. It’s that simple.”

Is a Serious Pullback in Commodities Due?