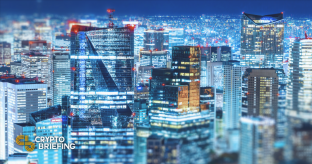 The value of XRP has decreased following the SEC’s decision to file charges against Ripple over its token sale. However, the coin’s value could recover, and it remains popular in Asia.

XRP took a massive 78% nosedive after rising to a high of $0.78 in mid-November 2020. That sell-off came after the U.S. Securities and Exchange Commission (SEC) filed an action against Ripple. The regulator claims that the company raised over $1.3 billion through an unregistered and ongoing digital asset securities offering.

Some of the most prominent cryptocurrency exchanges in the industry have suspended XRP trading activity. Even Ripple’s founder and former CTO Jed McCaleb has sold over 223 million XRP in the past week, worth nearly $58 million.

Although XRP was able to recover lost ground and now trades around $0.26, uncertainty still reigns in the Western market.

A spike in selling pressure at the current price levels could be significant enough to push this altcoin below the triangle’s x-axis at $0.26. Slicing through this support level would likely see XRP take a 30% nosedive towards $0.18.

This target is determined by measuring the distance between the widest range of the triangle and adding it to the breakout point.

Nonetheless, if buy orders begin to pile up around the current price levels, XRP could further recover from the losses incurred after the SEC’s charges. Moving past the overhead resistance at $0.28 could propel this cryptocurrency towards $0.36, based on the descending triangle pattern.

Regardless of the fear, uncertainty, and doubt that surrounds the XRP token, Ripple continues to expand its services. According to CEO Brad Garlinghouse, the blockchain firm has signed 15 new customers since the SEC’s complaint.

Ripple has built a strong presence on the Eastern markets. Indeed, Asia Pacific is one of the company’s busiest markets for both customer demand and transaction growth.

Even though Ripple’s business seem to be booming in Asia, XRP remains dormant waiting for a spike in volatility.

Disclosure: At the time of writing, this author held Bitcoin and Ethereum.