Plus500 on Wednesday published its annual report to compliment the company’s stellar results announced earlier this year. The company shared some nitty gritty details about its business structure. Most notably the company published some user activity stats it acquired from mobile and desktop devices as well as the share of affiliate spending in the firm’s marketing budget.

In contrast to a big part of the industry, Plus500 has actually increased spending on affiliates in the past year. The firm has aimed to decrease its spending on online marketing and has instead increased funds that are distributed to affiliates that are generating leads outside of traditional marketing channels. As a result the details related to Plus500’s performance in 2017 show a big difference when compared to 2016.

Plus500 has been aggressively investing in the visibility of its mobile applications across different platforms. Despite having an app that is far inferior to many of its peers in the industry when it comes to functionality, Plus500 managed to outpace its direct competitors in marketing.

Despite the superior user interface and functionality that is offered by NetDania, ThinkMarkets’ TradeInterceptor, or MetaTrader mobile, among others, the marketing effort of Plus500 led to mobile devices being at the core of the broker’s revenue generation efforts. 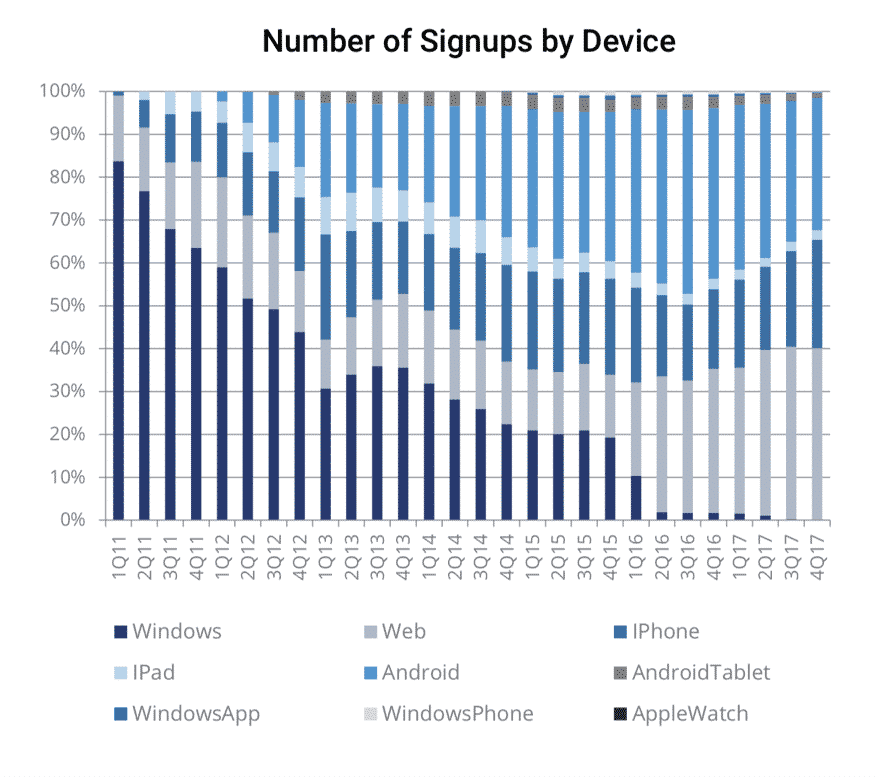 According to data published in its annual report, a total of 60 percent of the total signups at Plus500 were executed via mobile. Android devices represented a little over half of those, while Apple’s iPhone and iPad totaled to about 28 percent of total signups or a little under half of all mobile sessions. 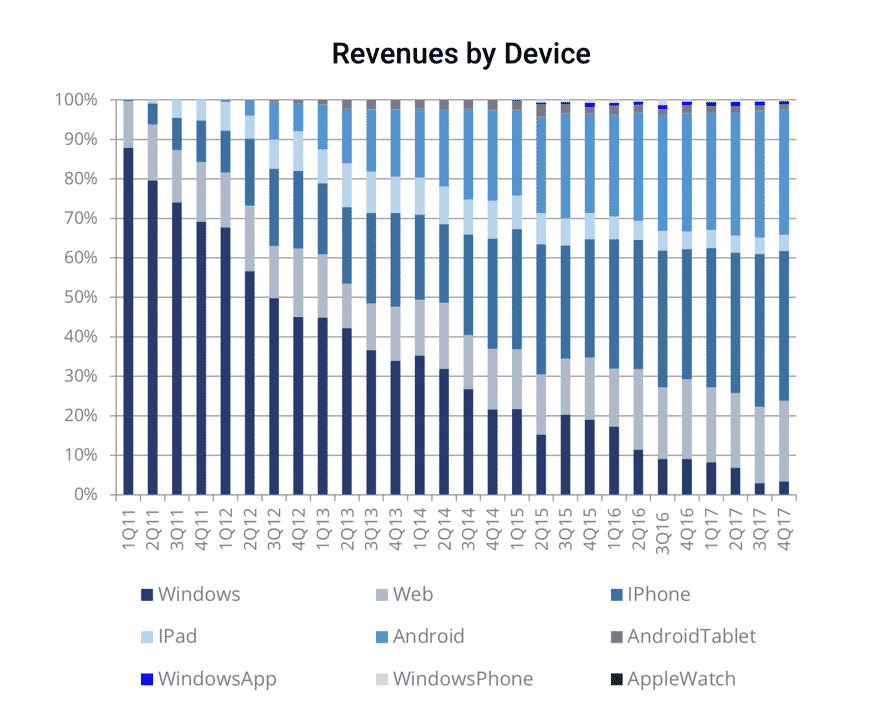 When it comes to revenues, however, users of Apple devices generated about 40 percent of total revenues for Plus500 in the final quarter of 2017. The figure was a hair lower than in the third quarter. Android devices accounted for 30 percent of revenues in Q4, with the remainder picked up by web users via desktop and a very small share of Windows Phone users.

Looking at the distribution of the marketing spending budget of Plus500, the company has executed a notable shift last year. The brokerage has cut marketing spending overall from $125 million to $117 million. The firm also reduced its direct online advertising to a total of 66 percent of the amount ($77 million). 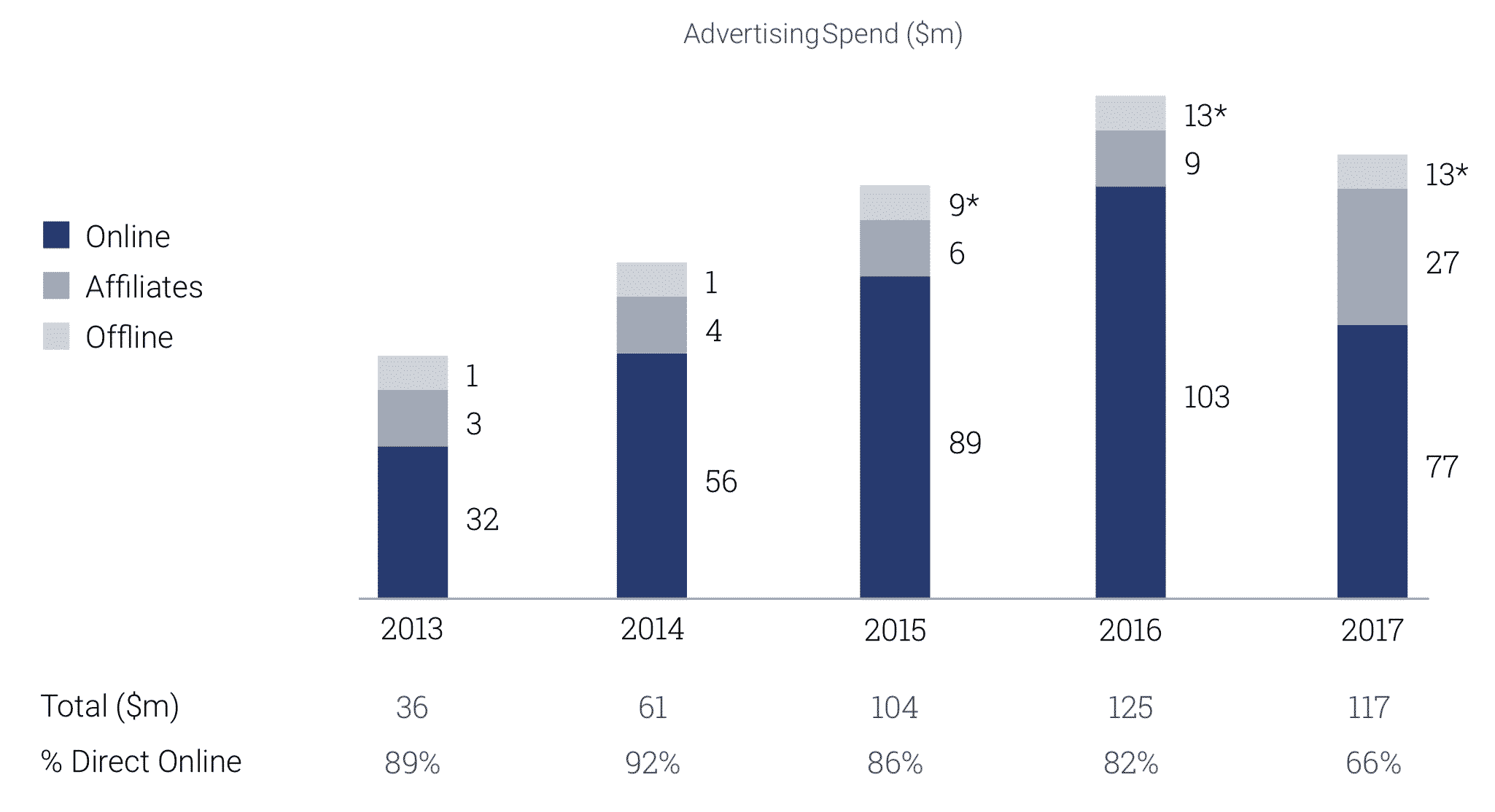 To counteract this decrease, the company instead committed more funds to affiliate marketing than in 2016. In 2017 the company spent a total of $27 million to promote its offering amongst affiliates. The figure might have been distorted by the crypto-hype that escalated in the fourth quarter of last year. Nevertheless, the shift in marketing spending is notable.