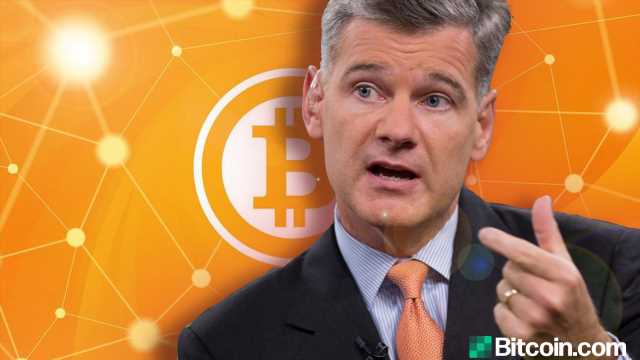 Mark Yusko, Morgan Creek Capital Management’s CEO and cofounder, is extremely bullish on bitcoin. Despite a period of consolidation, Yusko expects the leading crypto asset to tap $250,000 in five years. In a recent interview, he said that the network continues to swell in an “exponential way.”

The founder of Morgan Creek is again reiterating his prediction that bitcoin (BTC) will surpass six digits in value within the next five years. In a May 6, 2020 interview, Yusko predicted that bitcoin could easily reach $100,000 in 2021 or 2022. Moreover, during the discussion, Yusko also stressed that bitcoin’s price could reach $400k to $500k as well.

“It’s just about network adoption and increased usage,” Yusko said this week. “This is a network and networks grow in an exponential way. This is the fastest network in history to a trillion dollars of value, right on the heels of the FAANGS that took, you know, 15 to 20 years depending on which one you look at.”

Yusko’s a Firm Believer in the Digital Gold Theory, Doge Is ‘Useless’

Yusko’s fundamentals are based on the equivalence of gold markets, which CNBC estimates to be around $4 trillion. If digital gold can capture a percentage of gold’s enormous global market, then Yusko insists BTC could make it to $1 million per unit.

“What people miss is this is a technological evolution of computing power that isn’t going away,” Yusko stressed on CNBC’s Trading Nation. Yusko further added:

It is a powerful computing network that is going to become the base layer protocol for the Internet of value.

CNBC’s hosts asked Yusko about the gains dogecoin (DOGE) and ethereum (ETH) have seen lately, and the Morgan Creek executive said only a few crypto assets will make it in the long run.

“Yes, there’s room for a couple of protocols to survive, but there are 1000s of coins and Doge is in that category that really are useless, they’re just utility tokens that have no underlying value or use case and they’ll eventually disappear,” Yusko insisted.

Yusko’s BTC price forecast is not too different from the venture capitalist Tim Draper’s prediction, albeit a bit longer out. Draper predicts that bitcoin (BTC) could be $250,000 by the year 2022. People look up to Draper’s forecast because he correctly predicted bitcoin’s price would surpass $10,000 per coin by 2018.