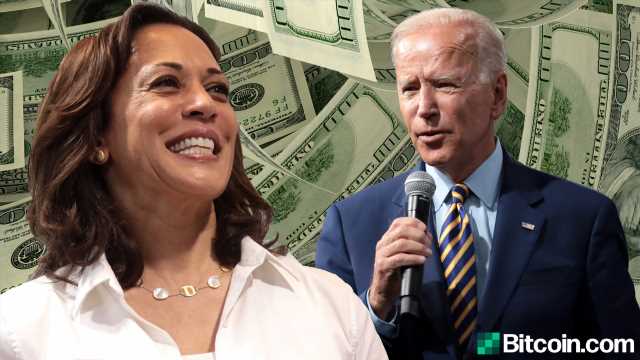 On the heels of the last stimulus package, U.S. President Joe Biden is creating more legislation that may lead to a massive $3 trillion package dedicated to domestic needs and infrastructure. The recent discussions with Biden and Senate Democrats honed in on the political party’s “Build Back Better” campaign. The recent stimulus talks have a few economists feeling optimistic about the future of the American economy, while Treasury Secretary Janet Yellen has said: “the next stimulus bill will have to be paid for through higher tax rates.”

The U.S. government doesn’t seem to want to stop creating money, as talks of passing more stimulus legislation have increased almost right after the passing of $1.9 trillion just a few weeks ago. Despite the fact that average Americans are concerned about purchasing power and inflation, central bank members and politicians continue to find ways to create more funds.

Reports have noted that U.S. President Joe Biden met with fellow Democrats on Monday about a relief package that will help fund infrastructure. Columnists from Marketwatch and the New York Times say that the package will be around $3 trillion and it is focused on family-friendly policies and rebuilding infrastructure like hospitals and school programs.

Prior to the virtual meeting with Senate Democrats and Biden, Sen. Richard Blumenthal, D-Conn., said “We need to get it done.” However, word on the street from Democrats is Senate Republicans don’t want to play ball.

The myriad of reports also highlights that the $3 trillion number is not set in stone and nothing from the new proposal has been fully drafted. Although, the Associated Press has said that the “overall price tag first reported Monday by the New York Times has been circulating on Capitol Hill for weeks, since the start of the Biden presidency.”

Nancy Pelosi, the House Speaker, told the Democratic committee that they all need to reach out to their fellow Republicans in order to “craft a big, bold and transformational infrastructure package.” Moreover, the House Speaker asserted that such a package would bolster “people in every zip code by creating good-paying jobs for the future.”

However, Biden’s Treasury Secretary Janet Yellen has said that the next stimulus measure will likely come with a price tag. “The next stimulus bill will have to be paid for through higher tax rates,” Yellen was quoted as saying and rumor has it, Biden’s plans could adjust corporate taxes from roughly 21% to 28%.

Even though the Treasury Secretary discussed raising taxes, economists at Goldman Sachs grew more optimistic and a U.S. chief economist at S&P Global said the stimulus would help the economy. This week, Axios contributors have noted Goldman economists have recently revised their outlook after discussions of stimulus heated up. Goldman now forecasts real consumption will jump by 9.5% in Q1 and 12.5% in Q2. Meanwhile, Beth Ann Bovino, the economist from S&P Global, thinks a stimulus package would kickstart the economy.

Stimulus helps build the bridge for the recovery to reach the other side, but an investment in infrastructure is the fuel to jump-start the economic engine.

Democrats are ready to push out another three trillion clearly before the ink has dried after Biden signed the last two trillion-dollar package. The party seems to be playing directly out of the Modern Monetary Theory (MMT) playbook.

With more stimulus, the Treasury Secretary’s warning of higher taxes may ring true in the future. Meanwhile, a number of right-wing politicians have already spoken out against the Democrat’s recent push for another relief package. Republican leader Mitch McConnell seemed irritated by the proposal on Monday speaking to the Senate.

“We’re hearing the next few months might bring a so-called infrastructure proposal that may actually be a Trojan horse for massive tax hikes and other job-killing, left-wing policies,” McConnell said to his fellow colleagues.