A cryptocurrency trader known as Leo says XRP is set to make some interesting moves upwards. In a tweet, he affirmed the fourth-largest cryptocurrency is “Looking good for a quick scalp”. Adding that the cryptocurrency will go higher in price once it hits a key price level at 0.205.

XRP currently trades at $0.196 and has been struggling since the year 2018. It is one of the worst-performing top cryptocurrencies. However, the price has started to make some positive moves recently with the digital asset traversing the top ten. XRP has gained 3.55% in the last 24 hours which is much higher than Cardano which has the second-highest 24 hour gain of 1.63%. 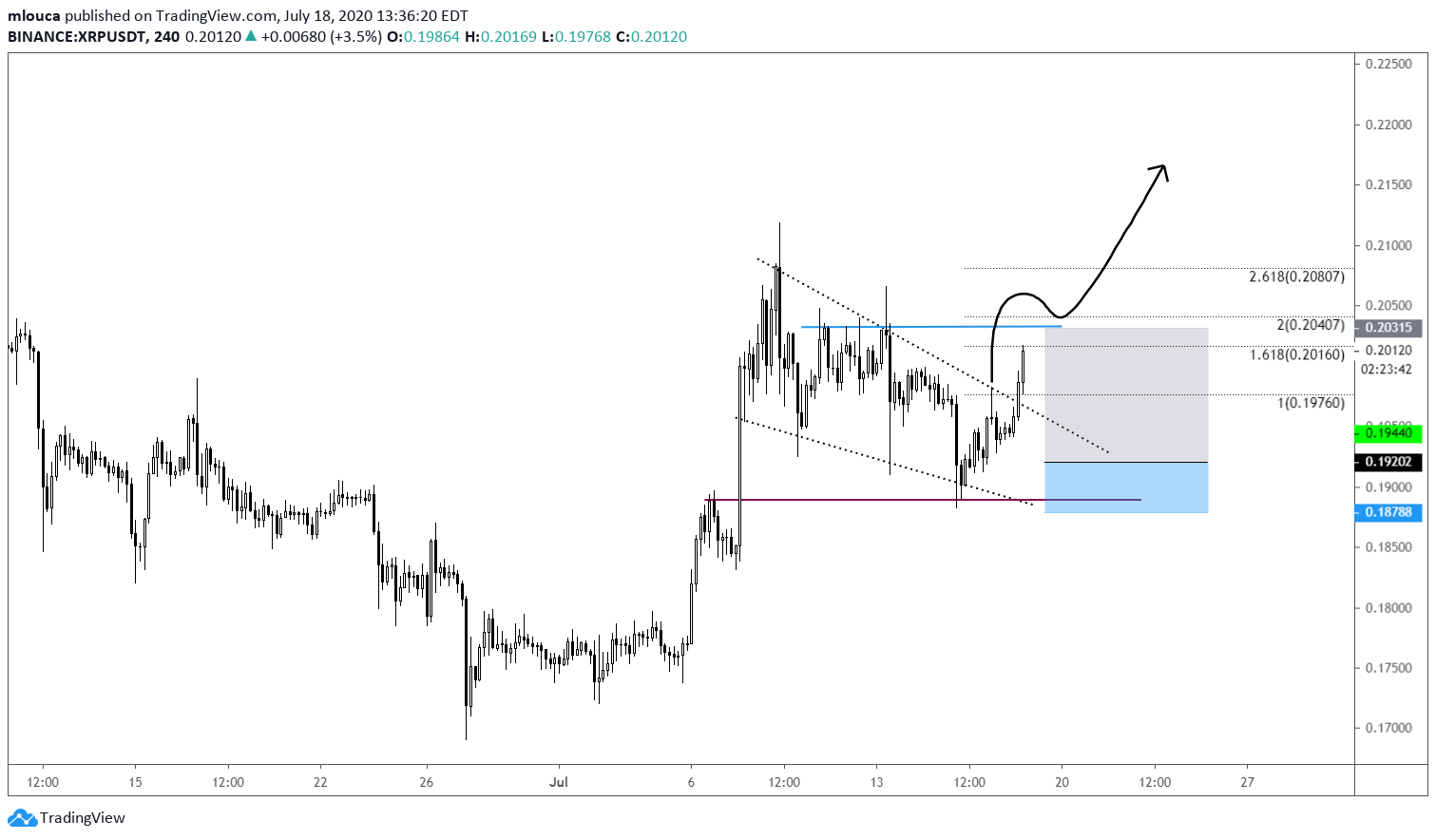 Bitcoin and a number of altcoins have experienced significant price surges both last year and in 2020. During the June 2019 bull run, for instance, Bitcoin hit a high of nearly $14,000 which was the highest recorded price since the 2017 bull market. Ethereum also did quite well at the time as its price action has been majorly dependent on Bitcoin’s.

Despite the bull run, XRP’s progress remained insignificant and the situation has not changed since then. XRP hit 1000% in just one month in 2017 and became the second-largest cryptocurrency by market cap after Bitcoin. It later lost that position to Ethereum and has recently also lost the third spot to Tether (USDT). Leo says although XRP has admittedly not made any tremendous move since 2017, its next move will be epic as this has been the case in its history.

Will XRP lead the next bull run?

Several analysts say that the current market standings point to a bull run on the horizon, not just for Bitcoin but also for altcoins despite the sideway movements for some time now. What is not known is when this bull run will come to pass. For altcoins, a number of cryptocurrencies have been doing really well particularly in 2020.

This includes Chainlink (LINK) and Cardano (ADA), both of which joined the top ten cryptocurrencies recently. However, with XRP showing signs of a massive breakout in the near future, it’s possible that it may take the lead eventually and spearhead the next bullish cycle.