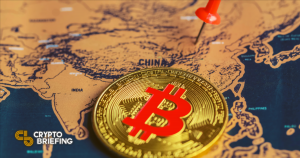 Central Bank of China May Regulate Bitcoin as "Investment Alternative"

China’s alpha bank has released a statement calling Bitcoin an “investment alternative.” The comments fly in the face of the country’s years-long opposition to the leading cryptocurrency.

This is the first time a high-rank regulator in China has referred to Bitcoin as an investment, distinguishing it from its currency use.

For years, the People’s Bank of China (PBOC) has opposed using cryptocurrencies in its economy, citing their illicit use like money laundering and tax evasion. Chinese regulators banned initial coin offerings (ICOs) in 2017 and imposed a complete ban on cryptocurrency trading a year later.

According to reports, stablecoins such as Tether (USDT) have been used on a massive scale in China for money laundering and illegal gambling.

In response to the popularity of cryptocurrencies, China also rolled out the digital yuan, its official central bank digital currency (CBDC).

Deputy governor Li suggested that China’s central bank seems to be more concerned about private-issued stablecoins. He said stablecoins used as payment solutions needed stronger regulation than Bitcoin and be strictly regulated like a bank.

“Going forward, any stable coin which has the ambition to become widely accepted payment solution will need very strong regulation, same as a quasi-bank to serve that kind of function.”

In addition to hinting at a potential regulation of Bitcoin in China, deputy governor Li clarified that the speculative nature of cryptocurrencies remains a risk to China’s economic stability.

Therefore, the central bank would continue to adopt strict measures and practices on cryptocurrencies until clear regulations are finalized, Li added.

Despite the ban on crypto trading, China remains a leader in mining operations, contributing to more than half of the hash power on the Bitcoin network.

This Is the State Where Doctors Make the Most Money
Technology