Bithumb Says They Lost $30 mil. Worth of Crypto

On June 20th, at about 3 am UTC, Bithumb announced a notice for Twitter subscribers explaining that the reason behind the suspension of deposit and withdrawals is because they noticed $30 mil to be missing from the exchange.

They assured everyone that Bithumb would cover all expenses and affected users will be fully refunded. 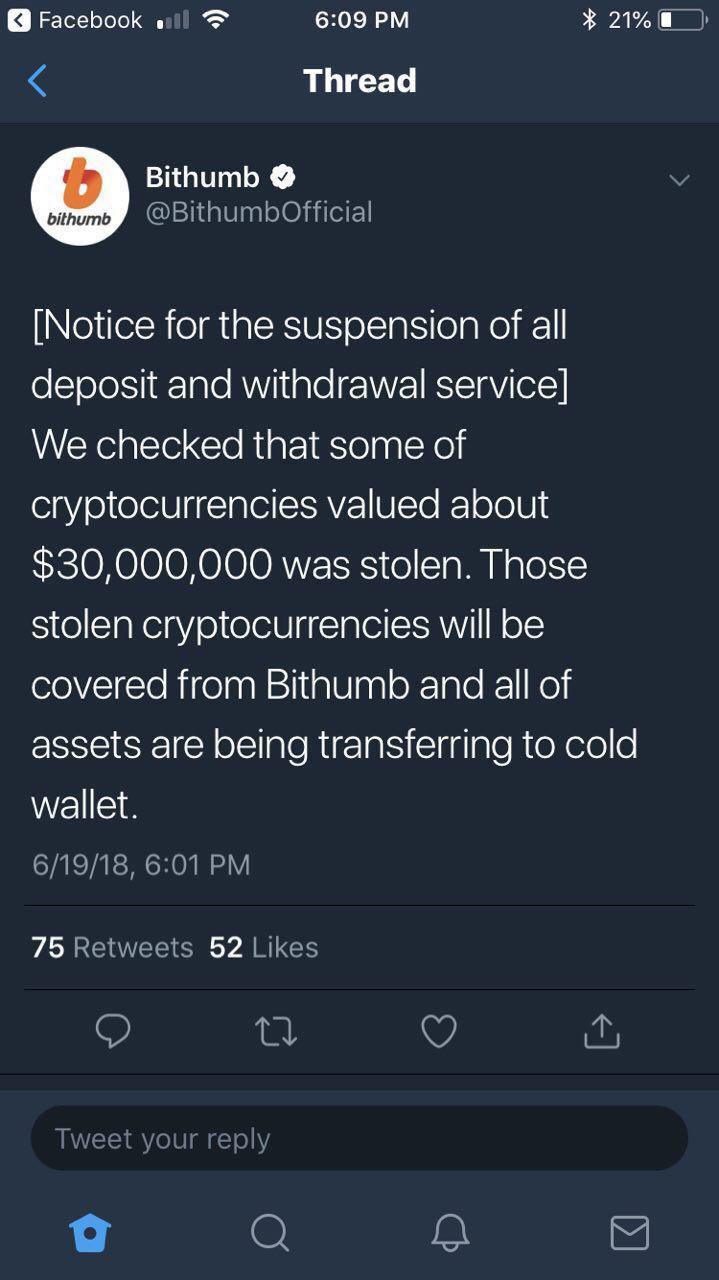 In a strange behavior pattern, the above-featured tweet was removed from the exchange’s Twitter feed, and replaced by two other posts, none of them directly talking about the hack.

The first one was to give an announcement about temporarily stopping the service, on the premise that they are taking care of their security and evaluating the situation.

The second post asks customers not to deposit into any Bithumb wallet addresses, and also redirect us to a page on their website where they explain the situation found in the first tweet of this news update in more detail.

They explain that they have noticed 35 Billion KRW (South Korean Won) missing from their accounts over the course of 19th June late evening and 20th June early morning (UTC Time).

Losses will be compensated by the exchange

In this update, Bithumb is explaining that they will indeed cover all losses that have been made as a result of this loss. It is still unclear whether this is due to bad management of funds or whether the platform was compromised.

Bitcoin Price Predictions All Over the Place; Observer Weighs In on the Crypto’s Bottom
Cryptocurrency: It’s Too Early to Call Bitcoin an Asset Class