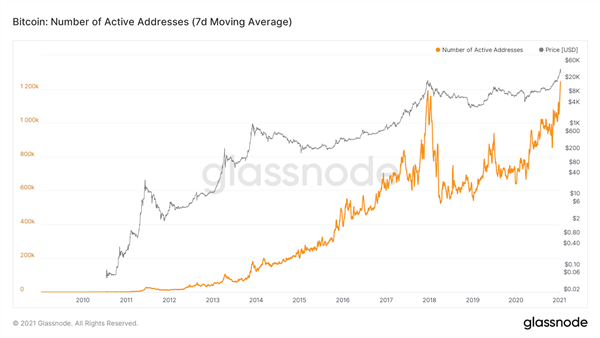 Trading volumes and active addresses for bitcoin have now surpassed their previous all-time highs during the last crypto bull run in 2017, and the data has given some analysts confidence the bull market for bitcoin is not over yet.

Institutions Use This Strategy to Hide Their Bitcoin Orders