It’s been a surprisingly good couple of days for BTC/USD markets. Buying pressure kept pushing the price up through new highs with great momentum after the price spike. 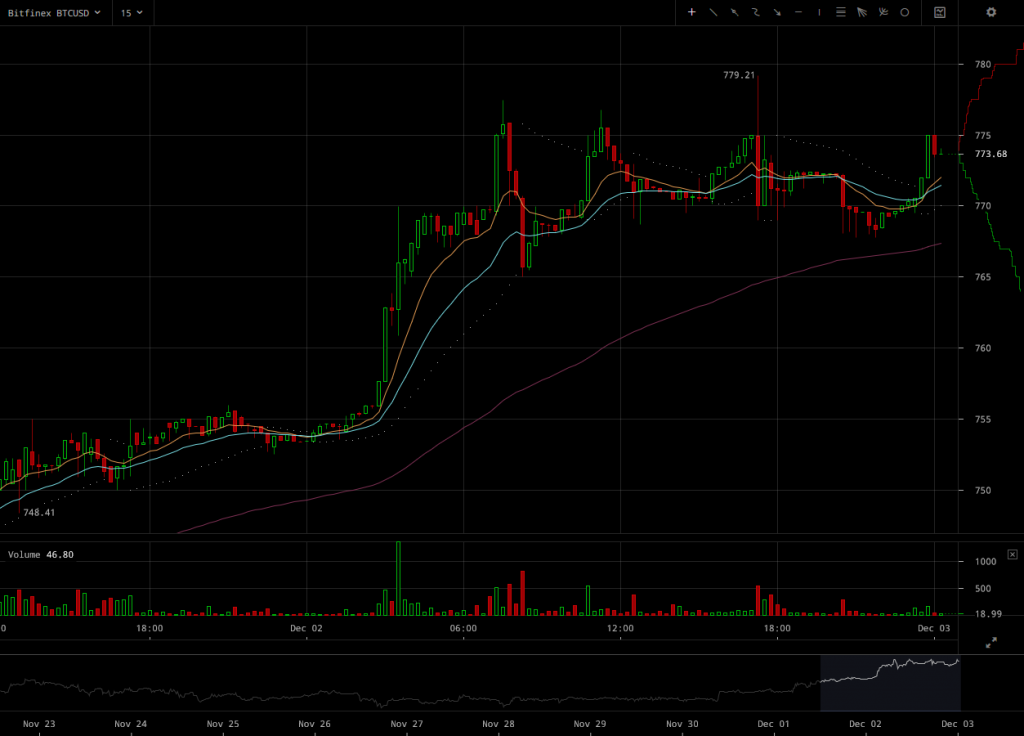 As seen in the above Bitfinex BTC/USD chart, several large sell orders were absorbed by the market with ease throughout the day. BTC/USD went through several brief price falls but managed to recover. Yet there also were periods in which back to back sell orders caused downward spirals that lead to sideways trading, only for a recovery to happen hours later.

Resistance doesn’t seem to be non existent but has only been felt when BTC/USD reached close to $775 levels. Interestingly enough, all significant price falls took place right after the price reached slightly above this level. What’s more Surprising is that this kind of resistance to a price rise above $775 isn’t reflected through sell walls. The mere price movement close to that level seems to have triggered a chain reaction of sell orders that drop the price several times over the course of today’s trading session. 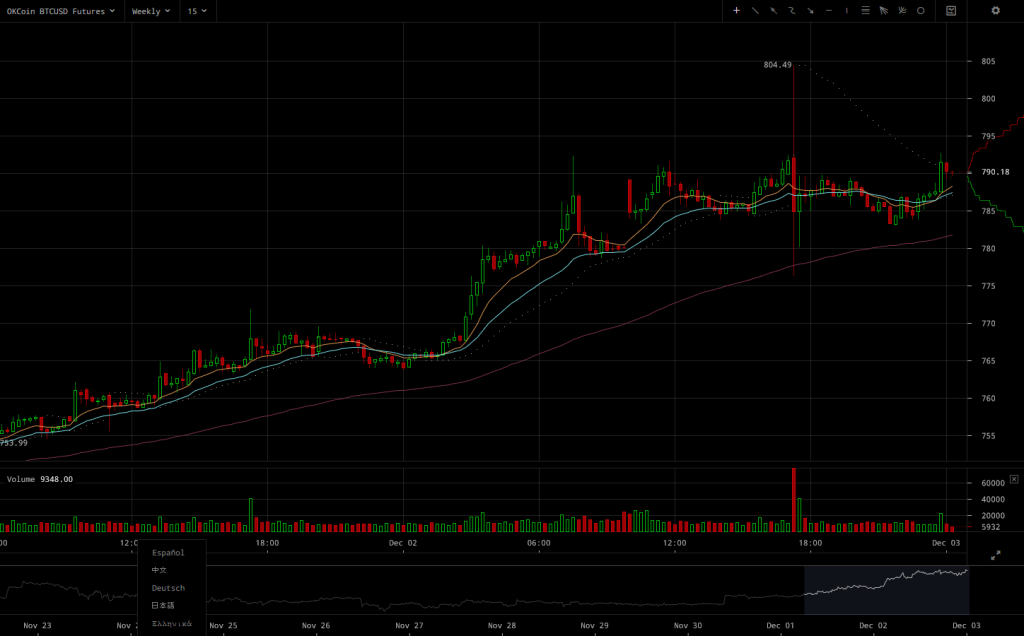 Futures markets also seem to share the optimism with traders there slowly but stably adapting to the rising BTC/USD price. As we can see in the above OKCoin BTC/USD weekly futures chart, the futures market is following a stable uptrend; with price drops mirroring the ones of live rates at a significantly smaller scale.

In general, the outlook is very good and market sentiment keeps being increasingly bullish. However, support keeps getting thinner with each rise. The recent price rise has also been a little divisive for futures markets in spite of them following an uptrend. While the outlook remains good, and a price fall seems unlikely amid such market sentiment, a target of $800 would also seem unlikely unless the market was lead by even more buying pressure.

Binance Chain: What is the New Development of Binance Crypto Exchange?
The Cointrade platform is set to introduce the masses to the crypto industry