Large sell orders appear to have put the market’s indecisiveness to an end as “the calm before the storm” ended suddenly with a downward price spike. Traders did follow up to the recent downturn but the price doesn’t seem to be having much potential in reaching back to pre-fall levels. 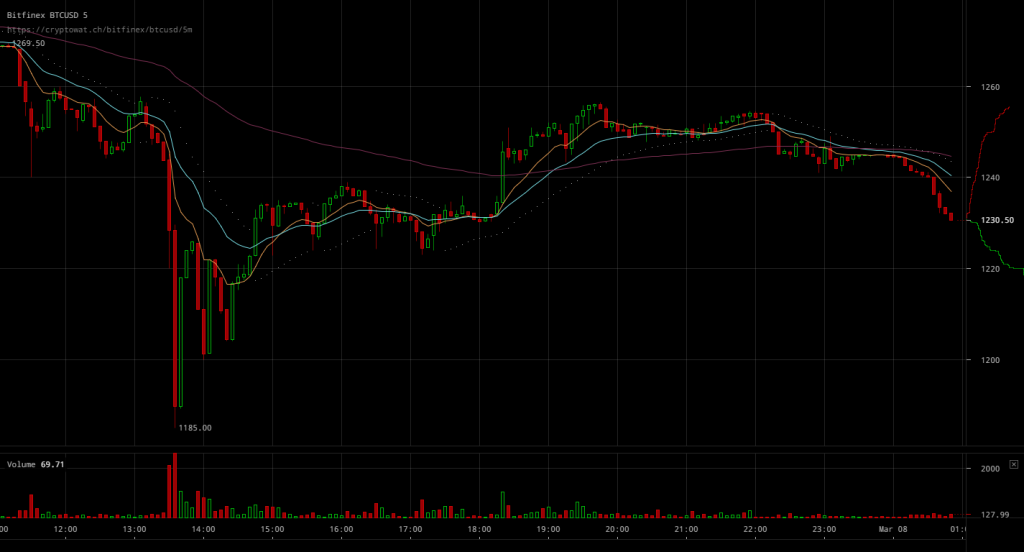 Bitfinex BTC/USD charts are indicative of how traders are reacting to the recent price fall. Whilst some might have been expecting such a fall, it seems as though quite a few traders were ready to fight with the newly express bearish mood within bitcoin markets. It seems as though traders were expecting such a major development to follow up on it with more selling pressure. Right now, the outlook of the market hints that there could be a further price fall as even smaller back to back sell orders seem to be having no counter in the last few hours.

OKCoin BTC/USD charts show how the disconnect between futures rates and live BTC/USD prices has only grown further with the recent price fall. Provided that futures traders were proven right about the long term sustainability of recently reached price levels, one would expect that market rates would settle closer to live prices after a fall, yet futures traders continue to be bearish.

Overall, the new wave of bearishness amid bitcoin markets seems to be unwarranted, but not unexpected. Traders seemed to have been expecting a sell off after the recent – and short lived – sideways trading trend, and it seems as though this sell off could kickstart further negativity.