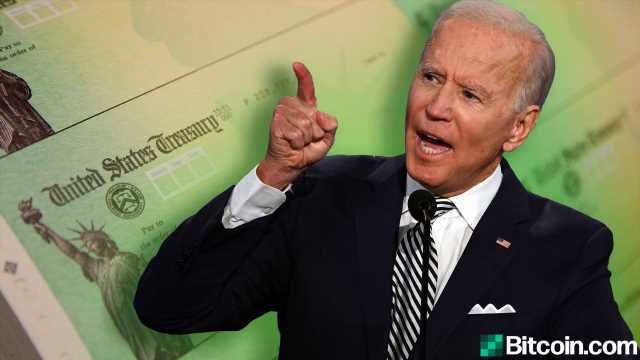 Recent headlines in numerous publications claim the U.S. economy is set for rapid expansion and a “post Covid boom” thanks to Joe Biden’s economic plans. However, contradicting reports identify certain struggling elements, such as the supply chain, which have been ravaged by bureaucratic mandates, and suggest a bleaker circumstance entirely.

According to George Pearkes, Business Insider’s financial columnist, the American economy is set to see a “post-Covid boom”, because the U.S. “learned from 2008’s mistakes.” Despite his optimism, and that of several mainstream news journalists, hard data shows the U.S. economy is in a struggling position.

The most recently published Bureau of Labor Statistics jobs report showed a lackluster 266,000 jobs, a quarter of that expected, added in April. These figures are not in line with the expectations of the Biden administration, and indicate scrambling to come from the White House in wake of Biden’s first 100 days in office. For example, this NY Post editorial claims that Biden’s $300 weekly federal supplement to unemployment benefits, extended to September 6, is hurting the economy. An included study from the University of Chicago shows 42% of supplementary unemployment beneficiaries make more than they did when they were employed.

Philippe Massoud, CEO of Manhattan’s Lebanese eatery Ilili, says the extended benefits have made retaining employees difficult. He claims his restaurants cannot fill positions because of the attractiveness and availability of government checks.

“The stimulus plan is being completely undermined by the unemployment program,” Massoud insisted.

U.S. Treasury Secretary Janet Yellen and President Biden believe that the extended unemployment benefits are effective. Asked if they believed the benefits had an impact on a diminishing return to work, Biden said “no, nothing measurable”, and Yellen claimed they were not a major factor.

The negative impacts of stimulus spending are not uniquely American, as the global community faces similar intervention outcomes. Economists have noticed the effect of freely available government money on incentives to return to work across geographies.

If No One Works, Who Will Maintain the Supply Chain?

This has particularly damaged the global supply chain, and obtaining product deliveries has become increasingly difficult. CNN blames the “pandemic” generally, and says existing shortages have wreaked havoc on the global supply chain. Items such as chicken, semiconductors, chlorine, ketchup, lumber, and steel are all facing scarcity. CNN does not mention the fact that unemployment benefits are enticing supply chain workers to stay at home.

Multiple company executives say in reports that the shortage of workers is the main issue. Supply chain problems have wreaked abundant havoc on automobile makers, Apple, the semiconductor industry, the floral industry, and others. Mainstream pundits continue to insist an economic boom is coming, while others warn of an impending 1970’s style “stagflation.”