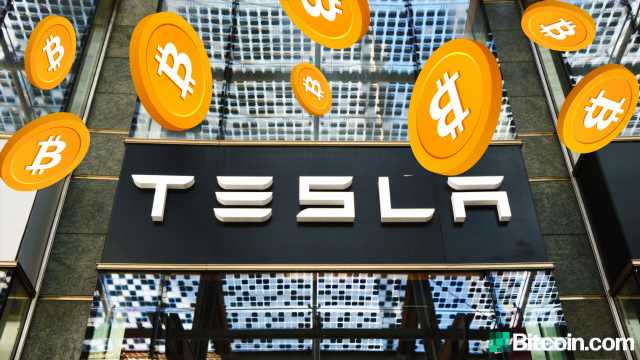 Following Tesla’s move to invest $1.5 billion in bitcoin, analysts are predicting that a flood of other companies will follow suit. Mad Money’s Jim Cramer thinks that all companies should put bitcoin in their balance sheets, and Twitter reveals that it is already looking into doing that.

Following the groundbreaking move by Elon Musk’s Tesla to put $1.5 billion of the company’s cash reserve into bitcoin, many people are expecting other companies to make a similar move.

Mad Money host Jim Cramer applauded Elon Musk and Tesla for doing more with their cash and being at the forefront. He said Tuesday:

Treasurers of all companies should be thinking about diversifying. Have some money in bitcoin.

Digitalmint COO Don Wyper pointed out that “Tesla has about $20 billion in cash or cash equivalents on their balance sheet, so the volatility of $1.5b would have less than a 10% effect on the company.”

Bkcoin Capital co-founder Carlos Betancourt noted that Tesla’s bitcoin purchase “could become the catalyst to get bitcoin’s market cap to $1 trillion,” adding that “A company like Tesla making this move is only going to accelerate further adoption of crypto as an alternative and investable asset class.”

Lmax Group CEO David Mercer shared that his firm expects “2021 will be a year that many other big names make the official crossover into the space.” He elaborated, “We expect the trickle of institutional investment thus far to become an overwhelming flood in the rest of 2021 and beyond,” stating:

Institutions are now treating bitcoin as a treasury asset and it’s inevitable that all corporates will allocate part of their reserves to what is now a proven, robust and value accretive asset. We’d expect corporate treasurers to consider allocating 5% to 10% of reserves to bitcoin.

“We think this is just the start to a much wider adoption from household institutional names, finally ready to make the crossover into the crypto space,” commented Lmax Digital’s currency strategist, Joel Kruger. “At the same time, we would caution against the expectation for any meaningful continuation in bitcoin’s uptrend just yet.”

Etoro analyst Simon Peters described: “We expect to see others follow in Tesla’s footsteps, with bitcoin payments increasingly making sense for businesses that conduct nearly all their sales online.” Emphasizing that “this has far-reaching implications for companies,” he explained, “If corporates the size of Tesla, valued at nearly $1trn, believe bitcoin can be used in this way, and are willing to back its views with action, then others will undoubtedly start to consider it.” Furthermore, the analyst believes:

Tesla has diversified its own business by investing in bitcoin on a grand scale. We believe other companies will also look to hold some bitcoin as both a diversifier, and as an insurance policy against the devaluation of other currencies.

Ziglu’s Chief Growth Officer, Yang Li, expects “the borderless nature of bitcoin” to help Tesla “optimize its finances and cash flow,” particularly when entering new markets. In addition, “as world governments continue to aggressively stimulate the economy during this current pandemic there will be inevitably high levels of inflation. Investing into bitcoin will allow Tesla to protect its current holdings from inflation and even potentially experience a windfall if the price of bitcoin continues to increase, as it has done historically.”

On Wednesday, Twitter CFO Ned Segal revealed on CNBC’s Squawk Box that his company has “done a lot of upfront thinking to consider” how it might pay employees or vendors should they ask to be paid in BTC, and “whether we need to have bitcoin on our balance sheets.” Noting that no decision has been made, he reiterated that this is something Twitter continues “to study and look at.”

Meanwhile, not everyone is confident that other companies will follow Tesla’s move. JPMorgan analyst Nikolaos Panigirtzoglou, for example, doubts other companies will add BTC to their balance sheets because it “would cause a big increase in the volatility of the overall portfolio.” General Motors CEO Mary Barra said Wednesday that GM has no plans of investing in bitcoin.

Bitcoin blows past $48,000 to hit another record high as major financial firms warm to crypto
Technology