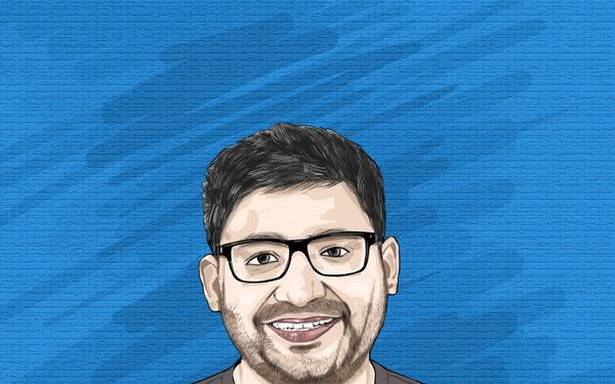 At 37, the IIT-B educated techie is the youngest to head an S&P 500 company

Early last year, amid news that one of Twitter’s large investors was pushing for a leadership change at the social media network, NYU marketing professor Scott Galloway told NPR, “I think product development has been anaemic. I think their business model is flawed. But more than anything, you know, the lowest lying fruit here is to find a full time CEO.” The reference was to the fact that co-founder Jack Dorsey wasn’t just heading Twitter; he was also the CEO of the financial services company Square.

Pushing for a change was powerful investor Elliott Management. A truce was eventually worked out, giving Mr. Dorsey a breather, and Elliott and private equity firm Silver Lake board seats. A Reuters report said at that time that, “In reaching the agreement with Twitter, Elliott keeps a close eye on Dorsey while also giving the company more time to formulate long-term plans and repair missteps, people familiar with Elliott’s thinking said.”

More than a year-and-a-half later, Twitter now finally has a full-time CEO. A few days ago, the baton passed from Mr. Dorsey to Parag Agrawal, its chief technology officer. It was just 10 years ago that Mr. Agrawal joined Twitter as a software engineer. This was after a BTech from IIT-Bombay and a doctorate from Stanford University, where his thesis was about presenting “efficient techniques for managing and integrating uncertain data”. He needed just six years to become its CTO, a role in which, as Reuters reported, “he oversaw Twitter’s technical strategy and was responsible for improving the pace of software development while advancing the use of machine learning across the company”.

While the selection of an Indian-origin person to a global CEO role isn’t rare any more, the development was nonetheless a matter of great interest in India. What is rare about Mr. Agrawal’s rise to the top job is he is one of the few CTOs to have been pushed up to the top job. Also, at 37, he is the youngest to head an S&P 500 company.

Mr. Dorsey, announcing his resignation to his employees, wrote that Mr. Agrawal “has been my choice for some time given how deeply he understands the company and its needs. Parag has been behind every critical decision that helped turn this company around.” Mr. Dorsey further added: “My trust in him as our CEO is bone deep.”

Twitter carries enormous clout in the flow of the news in the world. But this clout has rarely translated into the kind of commercial success that, say, Facebook has managed to taste. Its ability to monetise adequately has almost always been under scrutiny. It has also never managed to scale up beyond a few hundred million users, much less than the billions that the Meta (Facebook) family of social networks have. But its problems don’t stop there. Like other social platforms, it has been pulled up by authorities across the world over its interpretation of what is acceptable content and what is not. But we have a hint of the new CEO’s thought process regarding this. In an interview with MIT Technology Review last year, Mr. Agrawal said, “Our approach to it isn’t to try to identify or flag all potential misinformation. But our approach is rooted in trying to avoid specific harm that misleading information can cause.”

Mr. Agrawal, as the head of tech, has been credited with speeding up implementation in a company that has faced criticism that it doesn’t bring on new features fast enough. And over the years, it has indeed added new elements to its primary offering. The changes include increasing the character limit, building a Snapchat-like feature that makes sure content disappears after 24 hours, creating a social audio feature a la Clubhouse, and introducing a subscription service. But they haven’t decisively shifted Twitter’s growth trajectory upwards.

Mr. Agrawal has also played an important role in Mr. Dorsey’s pet project Bluesky, an attempt at building a decentralised standard for social media. This is seen as a solution that promises to support free speech while minimising the impact of abusive online behaviour.

While giving up his role, Mr. Dorsey said Twitter has finally broken away from being a “founder-led” company, which he felt was “severely limiting and a single point of failure”. How this translates into choices that the new CEO makes remains to be seen