Continental Resources Executive Chairman Harold Hamm argues that ‘a good part’ of the reason why oil prices are climbing is because of ‘the limit on supply.’

Continental Resources Executive Chairman Harold Hamm warned on Thursday that the United States can’t shut down the oil industry while China, India and other countries continue to build coal plants.

"We can’t shut down here as long as you’ve got China and India and everywhere else putting 300 new coal plants in a year," the oil billionaire told "Mornings with Maria" on Thursday.

He made the comment in response to a question from host Maria Bartiromo on whether he sees the Biden administration’s "massive agenda toward a green economy impacting the shale industry."

"The good story is that with clean-burning natural gas we have the cleanest air in America," he responded. "We’ve cleaned up our air here, we’ve taken a lot of the old, out-of-date coal generating plants offline and shut them down and replaced them with clean-burning natural gas generating plants and so we’ve cleaned up America."

President Biden revoked the permit for the 1,700-mile pipeline, ending a project that was expected to employ more than 11,000 Americans this year. Biden also temporarily suspended the issuance of oil and gas permits on federal lands and waters in a series of orders aimed at combating climate change.

On Thursday Hamm called the moratorium on federal permits "the silliest thing."

LINE 3 PIPELINE ATTACK BY LEFT SLAMMED BY OIL, GAS EXEC: WHY WOULD ANYONE SHUT IT DOWN?

"That needs to be overturned quickly and the president can do this," he told Bartiromo. "Basically just remove the executive order and let everybody go back to work."

Hamm also weighed in on oil climbing to the highest level in more than two years as U.S. supplies tighten.

U.S. crude inventories fell by 7.6 million barrels last week to 459.1 million barrels, the outlet reported, citing the U.S. Energy Information Administration, noting that it was "a much steeper drawdown than the 3.9 million barrels that analysts had expected in a Reuters poll."

Reuters also reported that stockpiles at Cushing, Oklahoma, the delivery point for U.S. crude futures, dropped by nearly two million barrels to the lowest since March 2020 and that demand for gasoline also increased last week. 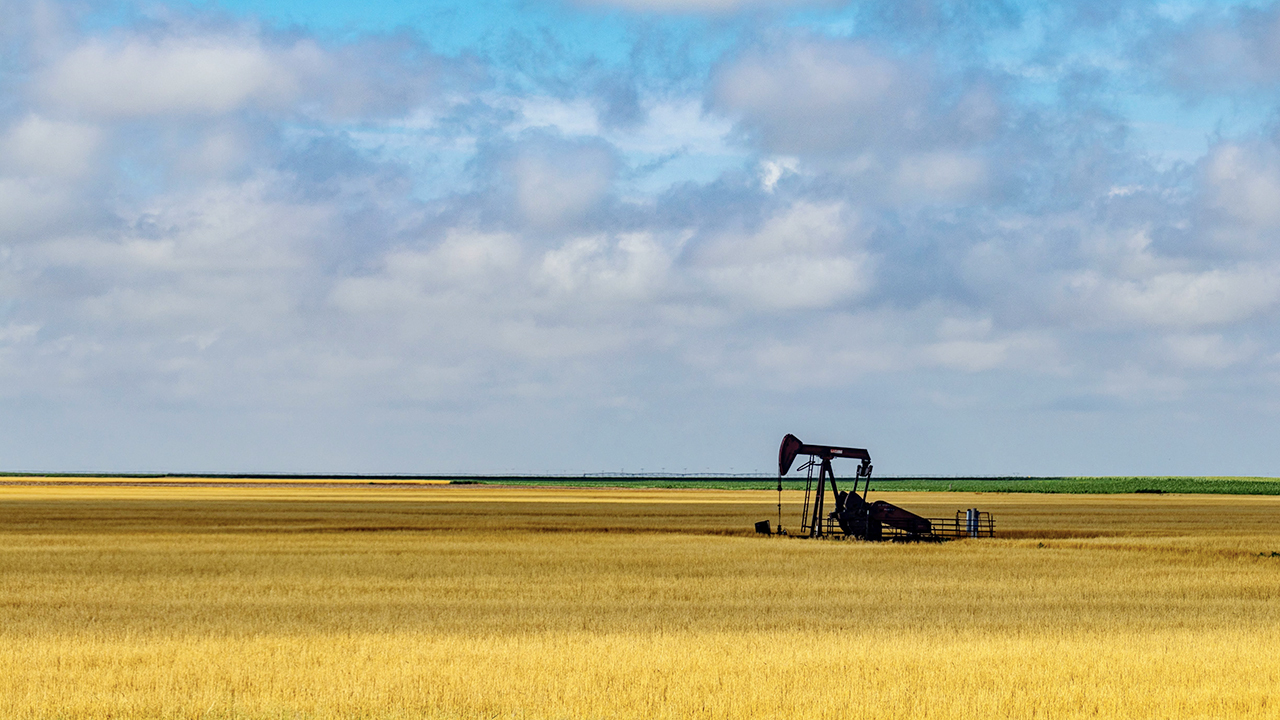 Oil billionaire: ‘Prices are coming back where they were pre-pandemic’

Continental Resources Executive Chairman Harold Hamm weighs in on oil climbing to the highest level in more than two years as U.S. supplies tighten. He also provides insight into the impact of the Biden administration’s energy policies.

Hamm noted that "a good part" of the reason why oil prices are climbing is because of "the limit on supply."

He also pointed out that the shutdown of the Keystone XL pipeline project and the moratorium on federal permits is also "part of it."

Hamm explained that he believes another reason for the rise in oil prices "is a lot of discipline in the market."

"The market is not paying for growth today for any of these public companies, E&P companies [exploration & production companies], and so people are very disciplined in their approach, giving a lot of it back to their investors and that’s what the market is looking for today and so we’re seeing a lot of the inventory pull down," Hamm told Bartiromo.

Hamm noted that "inventory numbers went down further" this week.

"And so we’ve had an overhang of inventory, everybody is aware of that, so that is being used up and so prices are coming back where they were pre-pandemic," he continued.

Hamm stressed that "supply and demand plays a big part of the situation" and "when you get to containing supply, much like the Carter administration did, you get prices that go up and that’s a lot of what’s happening today."

Hamm made the comments four days after Bank of America said in a note that Brent crude oil could top $100 a barrel next year as the world emerges from the COVID-19 pandemic.

Bartiromo asked Hamm if he expects prices to rise and if he believes Brent crude oil could top $100 a barrel next year.

"It’s possible," he responded, stressing that "if you put people back to work and bring on some more supply that’s going to have an effect on prices as we go forward."

‘We have a deal’: Biden reaches infrastructure compromise with bipartisan group of senators

After spending $1,300 on an Apple Watch, this guy came up with the 1% rule to control his spending: 'It's like a mental checkpoint'
Technology