A senior executive at BlockRock, the world’s largest asset manager, admits that Bitcoin (BTC) has become a permanent fixture in the global financial system, offering yet another tangible sign that the narrative surrounding digital currency has changed.

While conceding that he is not a Bitcoin bull, Rieder said the flagship currency “will take the place of gold to a large extent [because] it is so more functional than passing a bar of gold around.”

Bitcoin is sometimes referred to as “digital gold” for its unique store-of-value characteristics. Bitcoin’s most ardent proponents believe that it will eventually take a sizable portion of gold’s market cap as more investors realize its utility.

Priced in gold, 1 Bitcoin is currently worth 9.961 ounces. 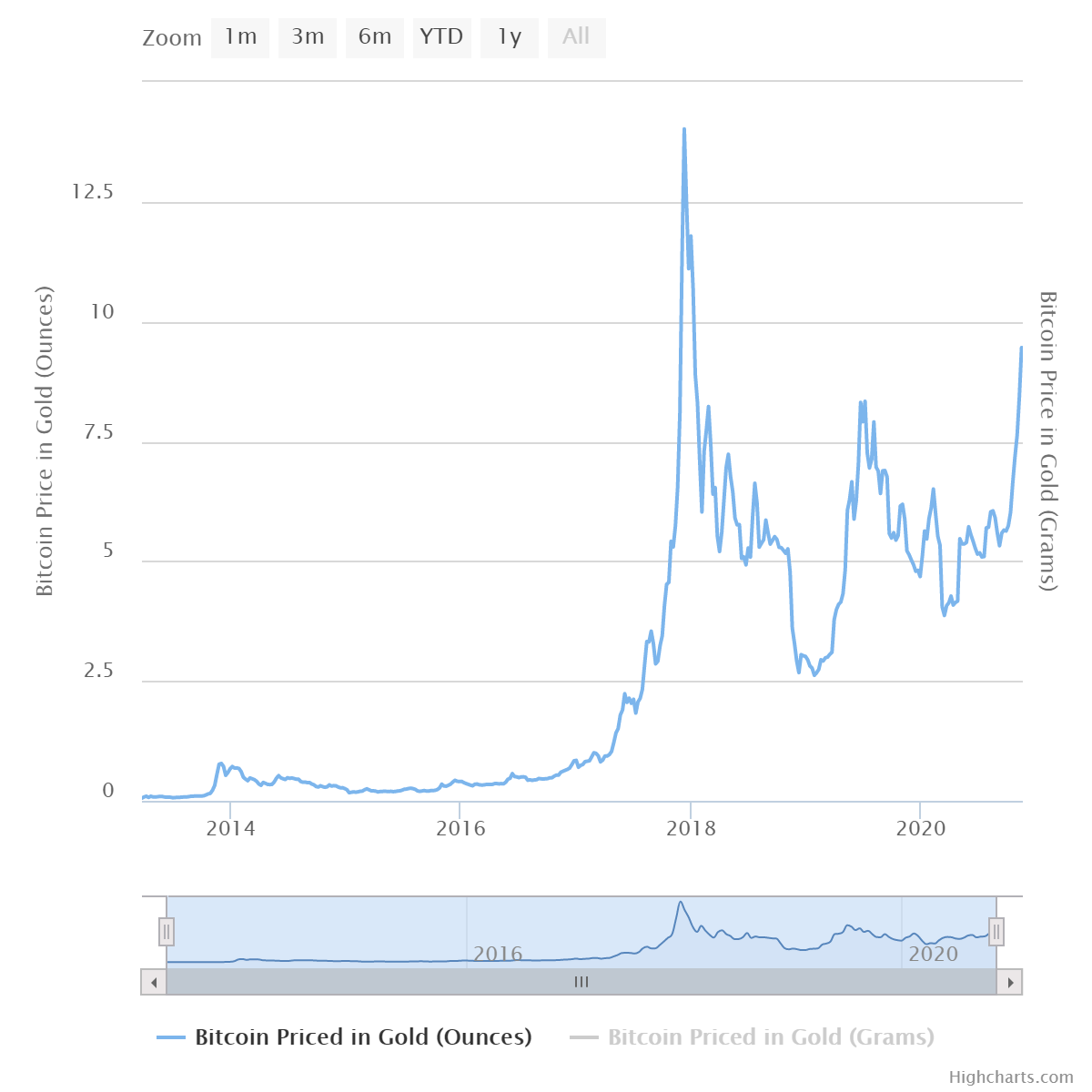 2020 could go down as the year that major Bitcoin narratives changed, especially among institutional investors who have long been skeptical about digital currencies. Investors like Paul Tudor Jones and Stanley Druckenmiller have thrown their weight behind Bitcoin, while major banks like Citigroup and JPMorgan have issued positive guidance on the flagship cryptocurrency.

On the business side, it’s estimated that corporations hold 4.54% of Bitcoin’s total supply, which is equivalent to around $15.3 billion at current prices.

BlackRock, meanwhile, has indirect exposure to Bitcoin through its ownership stake in MicroStrategy, a business intelligence firm that converted most of its cash reserves into BTC earlier this year.

Uniswap fights back as competitors drain value from the DEX