The U.S. budget deficit hit $2.54 trillion for the first 10 months of this budget year, fed by spending to support the country after the pandemic-induced recession.

The figures keep the deficit on track to be second largest annual shortfall in U.S. history, behind only the most recent fiscal year that ended Sept. 30.

Still, the Treasury Department reported Wednesday that the deficit through July is 9.5% lower than the same period a year ago.

That reflected improving tax collections as the economy recovers and the winding down of many of the emergency support programs enacted after the pandemic struck in March of last year.

The deficit for the 2020 budget year hit an all-time high of $3.1 trillion after Congress passed trillions of dollars in support in the form of individual stimulus payments, enhanced unemployment benefits, and support for small businesses.

The Congressional Budget Office is forecasting that this year’s deficit will narrow slightly to $3 trillion. The CBO projects further improvement for the next budget year, which starts Oct. 1, expecting the deficit to fall to $1.2 trillion.

However, that estimate does not take into account the impact of two huge spending bills now advancing in Congress: a roughly $1 trillion bill to support traditional infrastructure programs such as highway construction, and a $3.5 trillion measure backed only by Democrats to deal with such issues as poverty and climate change.

Nancy Vanden Houten, an economist with Oxford Economics, said she is projecting a rise in the deficit this year to $3.17 trillion, up slightly from last year’s record of $3.13 trillion deficit. Before last year, the largest deficit was a $1.4 trillion imbalance in 2009, which came as the government was boosting support to get the country out of a deep recession following the 2008 financial crisis. 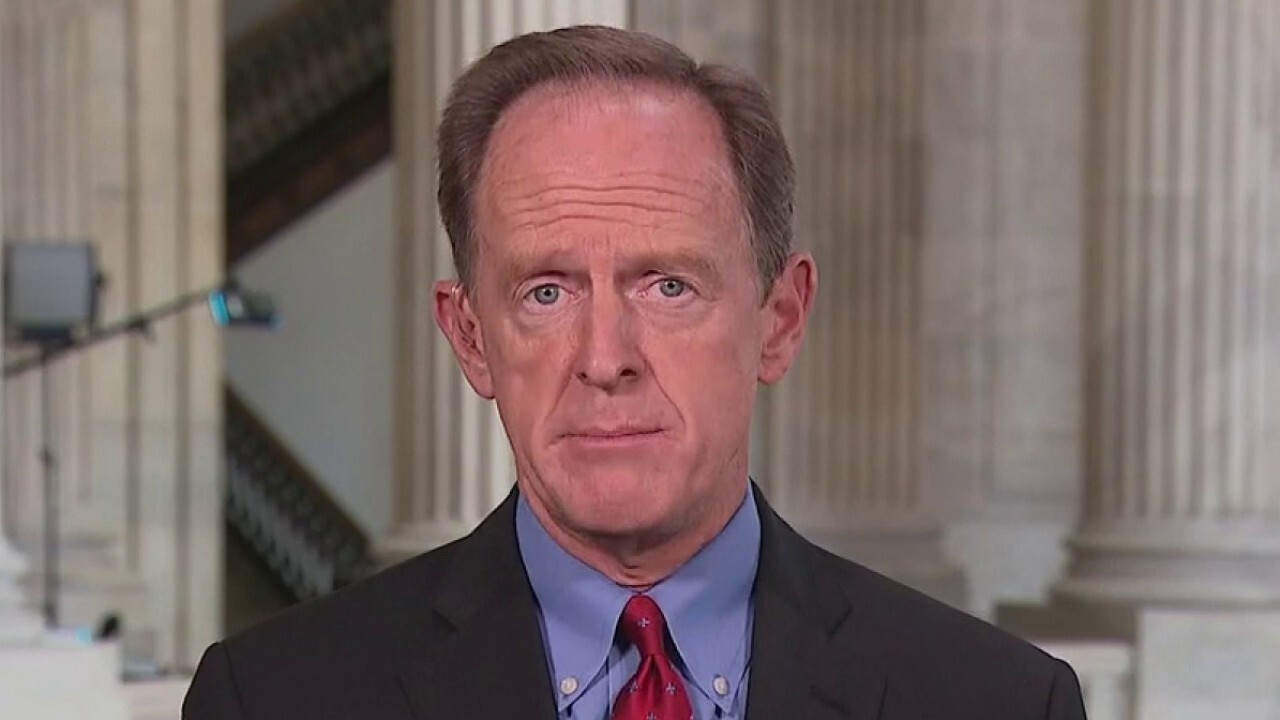 Toomey ‘guarantees’ Republicans will vote no on ‘Bernie’s blowout budget’

The government ran deficits above $1 trillion for four years during that period. The CBO is projecting that deficits over the next decade will fall below $1 trillion from 2023 through 2025 but then will start rising and stay above $1 trillion annually through the rest of the decade, hitting $1.86 trillion in 2031. That forecast does not take into account the impact of the pending spending measures being pushed by the Biden administration.

For the 10 months from October through July, the government reported that its revenues totaled a record $3.32 trillion for the period. That was an increase of 17.5% from the same period a year ago when millions of people were out of work and the country was struggling to emerge from the pandemic-triggered recession.

Collection of corporate taxes were up 61% so far this year to $324 billion as many companies saw rising profits as the country re-opened.

Spending for the first 10 months of the budget year totaled a record $5.86 trillion, up 4% from the same period a year ago, although many categories of spending have started to decline recently as support programs wind down.

The deficit for July totaled $302.1 billion, a record for the month and up from a deficit of $63 billion in July 2020. However, the comparison was skewed by a delay in the tax deadline that boosted revenue from individual and corporate taxes that normally the government would have collected earlier in the year.

Bitcoin AT $46K, Will The Market See $50K Before The Next Bear Market?