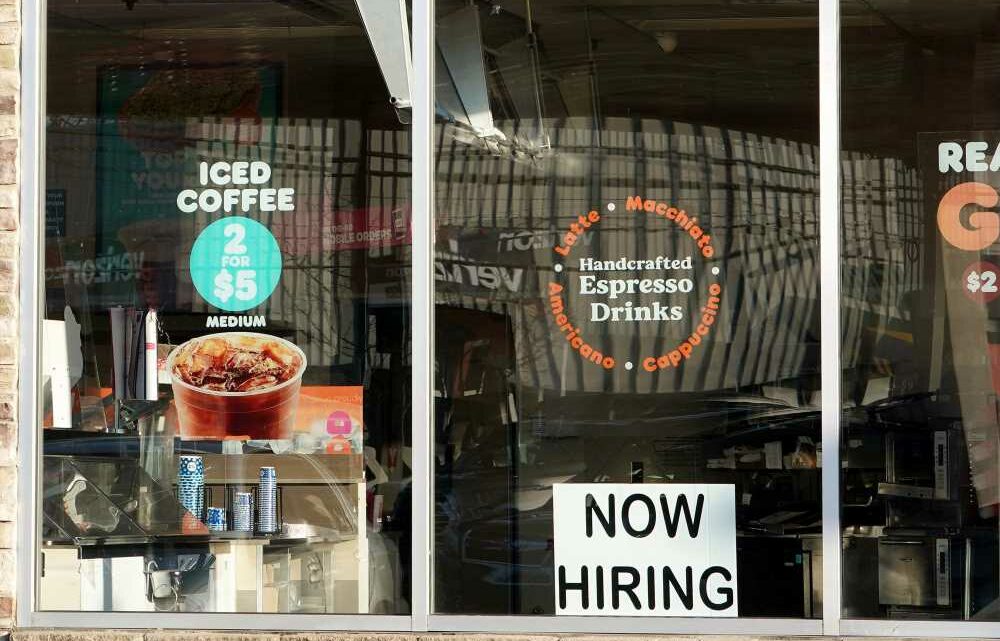 This state will give a $1,000 bonus to those who get jobs

The number of Americans seeking new unemployment benefits continued to drop last week, the feds said Thursday, as a slew of states move to slash the pandemic-boosted payments.

Initial worker filings for jobless claims, seen as a signal of layoffs, reached 444,000 last week, down from a revised total of 478,000 reported the prior week, according to data released Thursday by the Labor Department.

New jobless claims have continued on a steady downward trajectory and are now at a fresh pandemic low, but the overall number of people on government assistance remains high, with over 15.9 million claiming continuing assistance, the feds said Thursday.

But laid off workers in many states could soon see those weekly benefits shrink.

At least 21 states with Republican governors are looking to lure workers back into the labor market by withdrawing from the federal program that provides an extra $300 in additional unemployment benefits every week.

Various Republican-led states, including Texas, Oklahoma and Indiana have moved to end the benefits this summer. They were set to expire in early September.

Some companies, politicians and economists have said the extra benefits add up to more than what businesses can afford to pay people, particularly for entry level jobs, creating a labor shortage that threatens to hold back the US economic recovery.

The White House, in turn, has defended the extra benefits, saying that businesses should pay people more. President Biden has added that, “If you’re receiving unemployment benefits and you’re offered a suitable job, you can’t refuse that job and just keep getting the unemployment benefits.”

The latest round of economic data released over the past month has added weight to the argument that there is a labor shortage, economists say. However, they add, there are other factors at play, including an increased need for child-care amid school closures that could be keeping women out of the workforce.

Last week, the Labor Department said US job openings soared to a record 8.1 million in March while companies struggled to recruit new workers and the economy continued to heat up. That was just days after the agency said the US economy added a disappointing 266,000 jobs, far below the 1 million that had been expected by economists.

A handful of states are trying to encourage people to seek jobs again. Last week, Arizona announced it would stop distributing the US supplement on July 10, instead offering a $2,000 bonus for those who return to work. States including Montana, Oklahoma and Connecticut have dangled similar cash incentives as they seek to wean residents from the federal funds.