Under Armour, Inc. (UA) shares rose 2% during Wednesday's session after Argus upgraded the stock to Buy with a price target of $20.00 per share.

A price channel appears on a chart when a security's price becomes bounded between two parallel lines. Depending on the direction of the trend, the channel may be termed horizontal, ascending, or descending.

The move follows Wells Fargo's upgrade to Overweight and Gordon Haskett's speculation that activist investors could become involved in Under Armour stock. 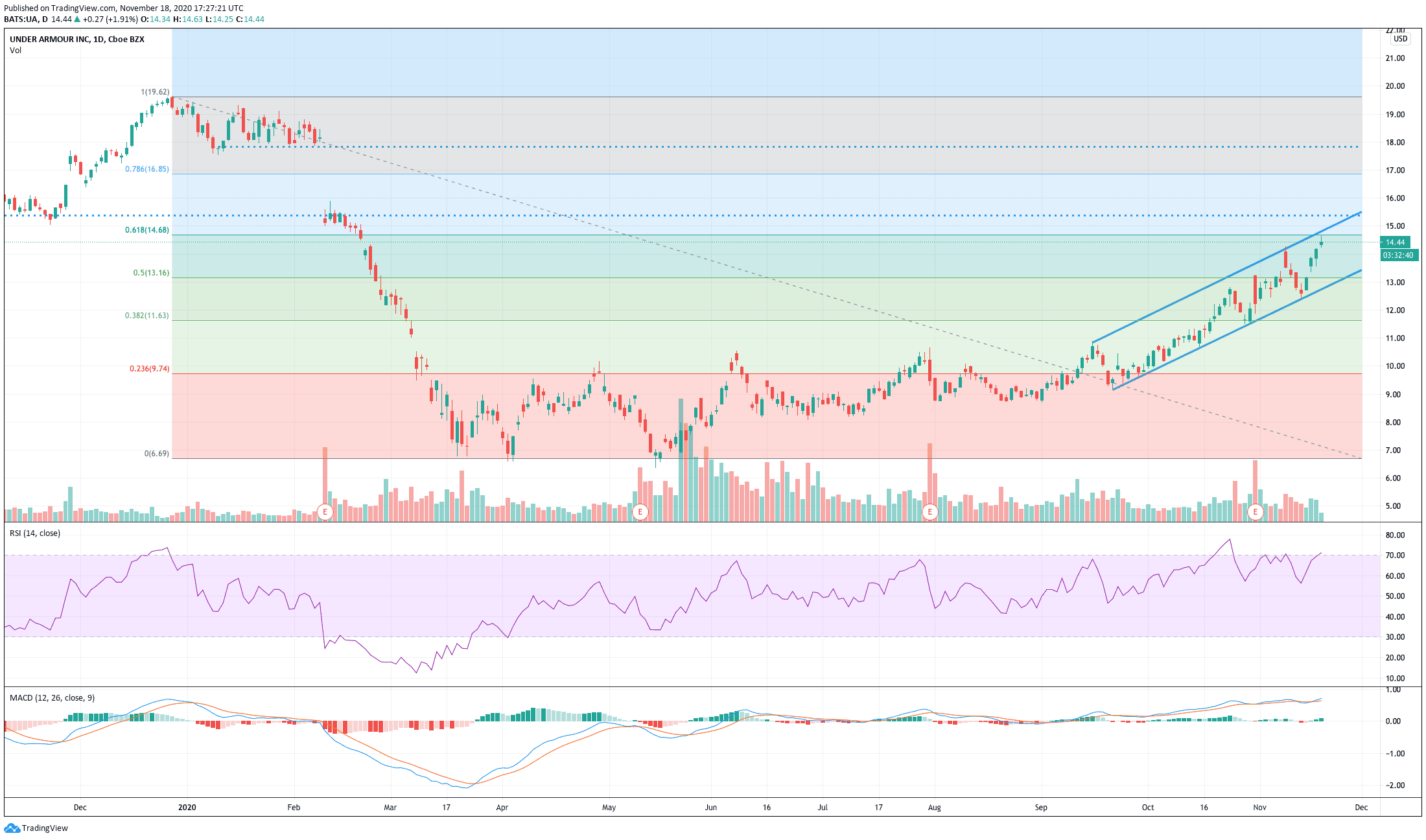 From a technical standpoint, the stock broke out from reaction highs of around $14.25 and remains in a bullish price channel dating back to mid-September. The relative strength index (RSI) rose to overbought levels of 71.44, but the moving average convergence divergence (MACD) remains bullish. These indicators suggest that the stock could see some consolidation before resuming its intermediate-term trend higher.

Under Armour shares moved higher during Wednesday's session after Argus upgraded the stock to Buy with a $20.00 price target. While analysts have been warming up to the stock, traders could see some near-term consolidation within the stock's price channel before it resumes its intermediate-term trend higher.

The author holds no position in the stock(s) mentioned except through passively managed index funds.