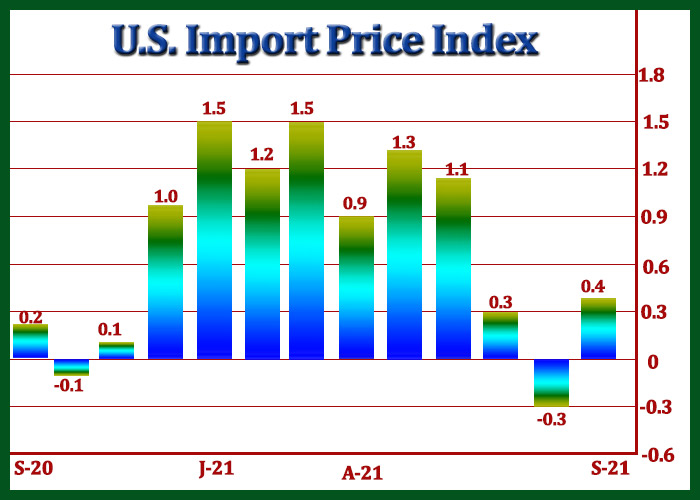 Import prices in the U.S. increased by less than expected in the month of September, according to a report released by the Labor Department on Friday.

The increase in import prices reflected a substantial rebound in prices for fuel imports, which spiked by 3.7 percent in September after plunging by 3.0 percent in August.

Meanwhile, prices for non-fuel imports were unchanged in September after edging down by 0.1 percent in the previous month.

The Labor Department also said export prices inched up by 0.1 percent in September after rising by 0.4 percent in the previous month. Export prices were also expected to increase by 0.6 percent.

The sharp pullback in prices for agricultural exports came as steep drops in prices for soybeans and corn more than offset higher prices for cotton, wheat, fruit, and vegetables.

Compared to the same month a year ago, import prices in September were up by 9.2 percent, while export prices were up by 16.3 percent.

He added, “Despite the stickiness, the recent moderation in core inflation is a good sign that price dynamics won’t spiral upward.”