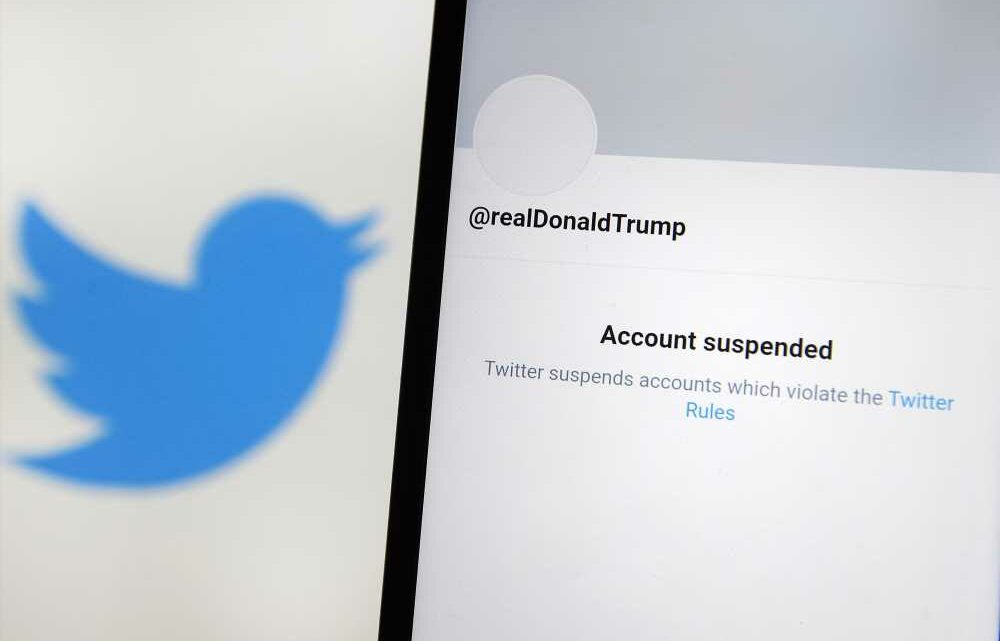 Trump impeachment trial: Day 2 schedule, time and how to watch

With acquittal a foregone conclusion, the real drama is what Trump does next: Goodwin

​Twitter said on Wednesday that former President Donald Trump will remain banned forever from the social media platform, even if he runs for office again.

“Remember​,​ our policies are designed to make sure that people are not inciting violence. And if anybody does that we have to remove them from the service. And our policies don’t allow people to come bac​k,” he added.

​Twitter banned Trump’s account “permanently” ​on Jan. 8, two days after a crowd of Trump supporters stormed the Capitol as lawmakers gathered to certify the Electoral College vote for President Biden.​

The decision, Twitter said, was “due to the risk of further incitement of violence” and cited Trump’s comments and posts claiming the November election had been stolen from him.

CEO Jack Dorsey ​pointed to a 10 percent surge in shares to show that the social media giant is not feeling any ill effects from banning Trump.

“We’re a platform that is obviously much larger than any one topic or any one account,”​ ​Dorsey said ​during​ the company’s earnings call on Tuesday, CNBC reported.

He also said Twitter has the strength of a worldwide market.

“We have a global service. We are also not just dependent upon just news and politics being what drives Twitter,” Dorsey said.

Facebook also announced in January that the company has “no plans” to lift their ban on Trump’s account.

Speaking to Reuters columnist Gina Chon at the Reuters Next conference, Facebook COO Sheryl Sandberg defended the decision as preventing a “risk to democracy.”

“In this moment, the risk to our democracy was too big that we felt we had to take the unprecedented step of what is an indefinite ban,” she said at the time. “And I’m glad we did.”

Asked about the length of the ban, Facebook’s No. 2 did not provide a timeline: “Our ban is indefinite. We’ve said at least through the transition, but we have no plans to lift it.”