The bullish run that has dominated the stock market in 2019 has been a fascinating one to watch unfold. On the surface, it looks like an incredibly strong uptrend. But underneath, it is riding on a delicate balance of investor optimism.

That balance has been challenged by fears of an escalating trade war between the United States and China and concerns over the impact Brexit could have on the economies of both the Eurozone and the United Kingdom.

Up until today, most on Wall Street weren't too concerned about the trade relationship between the United States and the Eurozone. That all changed when the Trump administration announced that it had a list of approximately $11 billion worth of European goods it was considering levying tariffs against.

This news broke on the same day the International Monetary Fund (IMF) released its updated global economic growth projections – which anticipate a larger slowdown in 2019 than previously expected.

Investors started selling on the news because, if trade between the United States and the Eurozone slows down, the IMF's pessimistic estimate may have to be downgraded yet again – indicating that global corporate revenue and earnings growth may take a hit.

It's unclear how seriously the market will need to take this latest threat from the Trump administration. A strong earnings season – which kicks off in earnest this Friday and into next week as the large financial institutions like JPMorgan Chase & Co. (JPM), Wells Fargo & Company (WFC), Citigroup Inc. (C) and The Goldman Sachs Group, Inc. (GS) start releasing their quarterly numbers – could easily offset this news.

But if earnings are disappointing, we could see investors pushing stocks lower as they close their more aggressive positions. 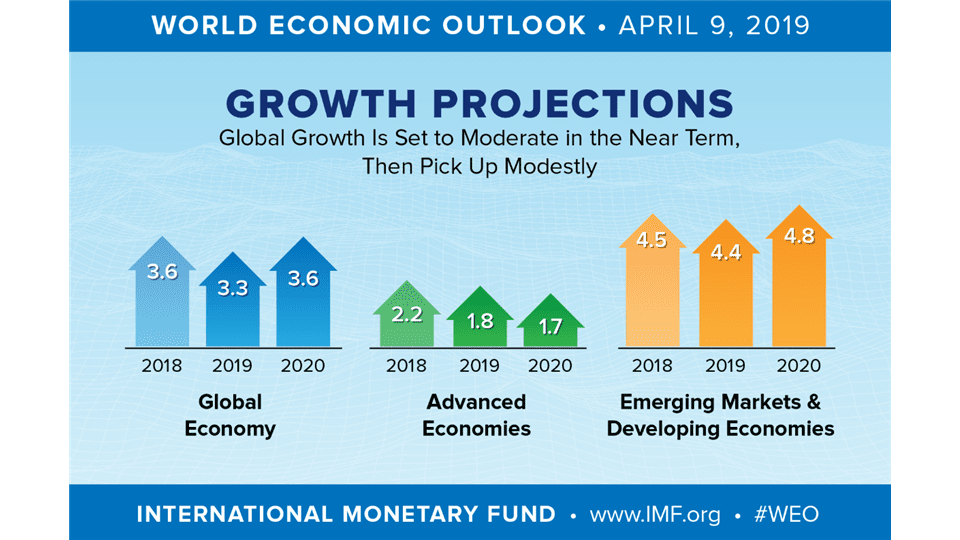 The S&P 500 pulled back to close at a lower level than the previous day for the first time since March 27. The bearish move was a relatively minor one, but it affected 400 stocks in the index and virtually every sector – with the utilities sector being the one bullish standout.

Pentair plc (PNR) was the S&P 500's biggest loser, dropping 13.54%. But a wide variety of stocks – from Under Armour, Inc. (UAA) to Advanced Micro Devices, Inc. (AMD) and from MGM Resorts International (MGM) to Noble Energy, Inc. (NBL) – each lost more than 3.8% of their value today.

With just a few days to go until earnings season, I wouldn't be surprised to see the stock market consolidate as investors await the quarterly numbers.

An Introduction to the International Monetary Fund (IMF)

The Fed Drained $20 Billion From the Banking System Last Week

Trading Slows Ahead of Bank Earnings 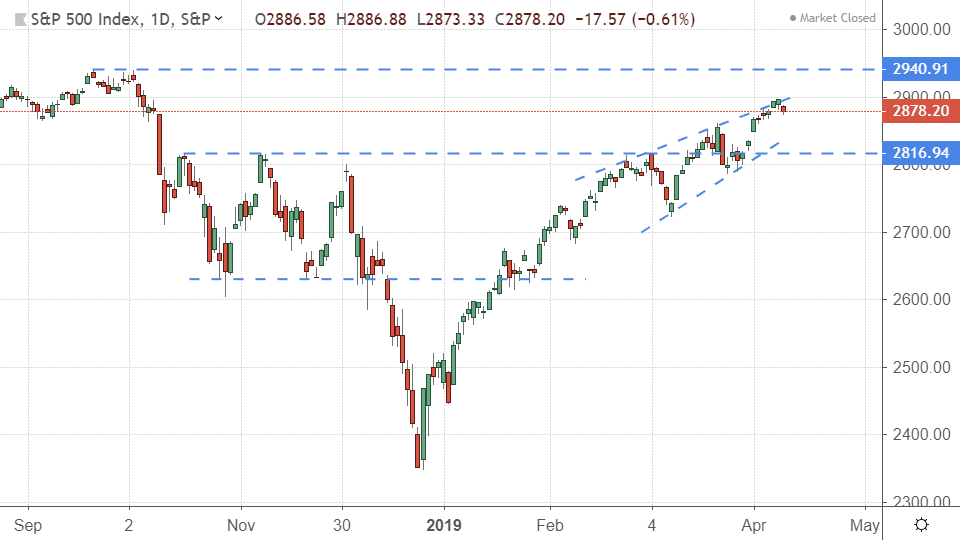 The first day of trading in Q2 2019 – April 1 – saw the S&P 500 surging to a new high for the year as hope for global economic growth in the future rekindled bullish enthusiasm on Wall Street. We know this bullish enthusiasm was widespread because of one of my favorite market breadth indicators, the percentage of S&P 500 stocks above their 200-day simple moving average (SMA).

As the name suggests, this indicator shows the percentage of stocks in the S&P 500 that are trading above, or at, their respective 200-day SMAs. This data is useful because the 200-day SMA is the industry standard for assessing the long-term trend of a stock – enabling us to eliminate a lot of the noise that distorts the market each day.

On April 1, the S&P 500 stocks above their 200-day SMA indicator broke through downtrending resistance as it jumped from the previous day's close level of 57.02% to a new closing high for the calendar year at 61.78%. Seeing this indicator jump by 4.76% tells us that 23 components of the S&P 500 that had been trading below their respective 200-day SMAs had broken higher to close above those levels. This tells us that investors were excited about a wide variety of stocks, not just a limited few, which was a strong signal that the market had a broad base of support.

So why are we looking at this a week and a half later? After climbing consistently since April 1, the indicator started pulling back today. This is significant because it is just below the resistance level at 70% that marked the top of the market's bull run on Sept. 21, 2018. Without extremely strong economic growth projections or an incredibly accommodative monetary policy from the Fed, it is difficult to get more than 70% of S&P 500 stocks trading above their SMAs at the same time.

Now, it is far too soon to start panicking. The indicator is still in a strong long-term uptrend and has a long way to go before it comes anywhere close to establishing a new lower low. However, this pullback is telling us that investors are starting to take some profits off the table, and stocks are moving back below their respective 200-day SMAs because of it.

It is not uncommon to see investors harvesting some profits ahead of earnings season, but this is an indicator I will be watching closely to see if this move to the downside ends up being a short-term profit harvesting play or a longer-term sell-off.

Breaking Down Breadth of Market Theory

How Investors Should Brace for the Coming Earnings Recession 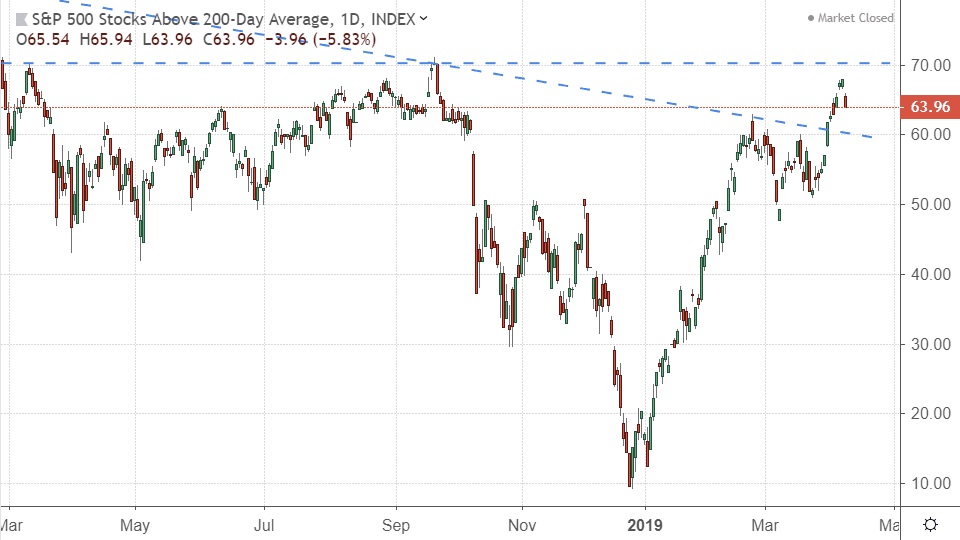 Barring any unexpected economic or geopolitical announcements, prepare for investors to move into full wait-and-see mode for the rest of the week as they stabilize their portfolios ahead of earnings season.

9 Companies That May Be on Warren Buffett's Takeover List

Learn the Basics of Investing

Enjoy this article? Get more by signing up for the Chart Advisor newsletter.

Fed Boosts the Outlook for Stocks and Junk Bonds
Technology